A Who’s Who of 20th-century Russian Female Writers

Students of Russian literature sometimes complain about a gender imbalance on their course syllabi — where are the Russian female writers!? To investigate this supposed injustice, I did some research. After googling “best Russian writers,” I found that only one of the first twenty people listed on google’s slide-bar, Lyudmila Ulitskaya, was a woman. On ranker.com’s list, three out of the first fifty writers listed are women. That’s just six percent!

Dostoevsky, Tolstoy, Bulgakov, Chekhov, Solzhenitsyn, Pushkin, and Gogol are, indisputably, worth knowing and reading. They’re great writers, in every sense of the word, but what if you’re interested in reading books written by women? Where should you start? Keep reading, and I’ll highlight some female writers you should read — or at least know.

The conventional literary establishment acknowledges these two poets for their greatness. Indeed they are known as part of “The Big Four” alongside Mandelstam and Pasternak. To study them is, in a way, to study 20th-century Russian history itself — its repressions and terrors, its wars, its complex relationship to the idea of home, and its impact on the human psyche.

While Akhmatova’s verse is marked by a laconic, steadfast resilience, a removed yet deeply present objectivity and a staunch will to live, Tsvetaeva’s verse is lush, ripe and affected, romantic and full of yearning.

Both poets distinct voices emerged in the midst of great suffering. Akhmatova’s first husband, Nikolay Gumilev, was shot by the Cheka in 1921, while her common-law partner, Nikolay Punin, and her son, Lev Gumilev, were detained and sent to Gulag in the 1930s. One of Tsvetaeva’s daughters, Irina, died of starvation in 1919, while her husband, Sergei Efron, and her daughter, Ariadna, were sent to prison for espionage, where Efron died. Shortly after, Tsvetaeva died by suicide. 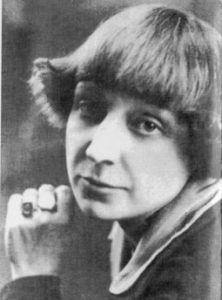 Their biographies are, of course, more than a list of tragedies and sorrows. Indeed both writers, like most talented poets are also known for their torrid affairs as part of an international milieu. Tsvetaeva kept correspondence with Rainer Maria Rilke, while Akhmatova, during her honeymoon in Paris, became intimate with a certain young Italian painter — Amedeo Modigliani, who sketched and painted her. Tsvetaeva had her share of lovers as well, including Osip Mandelstam and Sofia Parnok.

What to read: Akhmatova is well known in the West for her work “Requiem,” which responds to Stalinist terrors. Personally, I’m partial to her 1921 collection Anno Domini. If you’re reading Tsvetaeva in English, I’d recommend Elaine Feinstein’s translations in Selected Poems.

Anna Akhmatova as drawn by Modigliani

Though women are under-represented in previous centuries, the current Russian literary scene is well-represented. These three writers, born between 1939 and 1951, are at the forefront of Russian literature of the last fifty years.

A pre-eminent figure of the perestroika and post-Soviet periods, Tatyana Tolstaya, adept at writing a range of genres, has made a name for herself beyond her family’s literary heritage. Her science fiction, essays, and short stories have been widely translated and have been featured in “The New Yorker.” For sci-fi and dystopia fans, check out Кысь The Slynx, a neo-cult-classic that imagines a nuclear holocaust. Her short stories, collected and translated in White Walls, have earned her a reputation as a successor of Nabokov, for her admiration and use of language itself, Chekhov, for her emotional wisdom, and Bulgakov, for her flights of fantasy that somehow make reality more real. 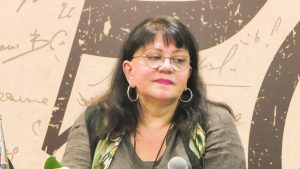 After her father, a Bolshevik intellectual, was declared an enemy of the state in 1941 when she was three years old, Lyudmila Petrushevskaya grew up bouncing from the streets to group homes to communal apartments. As a result, her writing often features characters from the margins — orphans, addicts, and impoverished, dying old folks. Besides short-stories, Petrushevskaya creates abstract art, writes scripts and children’s poetry, and performs as a professional cabaret singer. Among other accolades, she has won the Russian Booker and the Pushkin Prize. 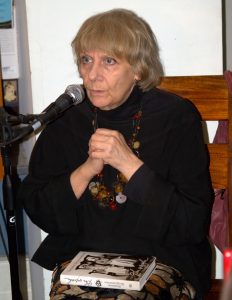 Lyudmila Ulitskaya’s generational dramas interweave historical fact with fiction into gripping narratives that pose questions of redemption and forgiveness — of individuals and of nations. She is notable for her novels Sonechka and Daniel Stein, Interpreter (among others), as well as her correspondence with fallen oligarch, Mikhail Khodorkovsky, published in Znamia. 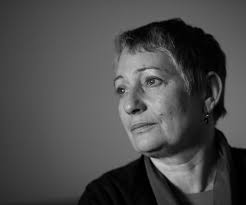 While this article is far from exhaustive, it includes the biggest female writers of the extended 20th century. Some other female writers to check out include Marina Stepnova, Masha Gessen, Dina Rubina, Bella Akhmadulina, Maria Stepanova, and Elena Chizhova.