Irkutsk and the Decembrists

The city of Irkutsk was founded in 1661 as a fortress to colonise Siberia. The city became a focal point for trade in gold and furs, and in 1760 a road was built to connect Irkutsk with Europe. After the failed Decembrist uprising against Tsar Nicholas I, many of the aristocratic putschists were exiled to Irkutsk and consequently shaped the social and intellectual life of the city.

The Siberian city delights with its large number of unique wooden houses with decorative carved patterns on walls and window frames. Similar buildings in other large Russian cities were destroyed during the industrialisation. In Irkutsk, one can still catch a glimpse of what Russian buildings looked like centuries ago. 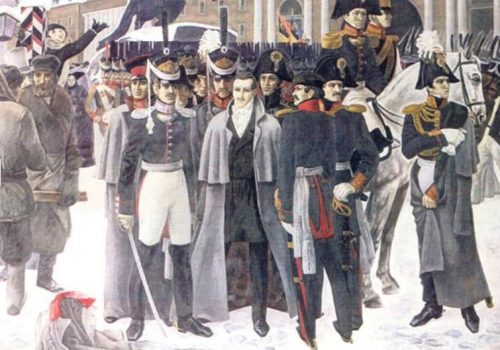 Lake Baikal is a huge freshwater lake that spreads out near Irkutsk over a length of 636 km and a maximum width of 79 km. This is roughly equivalent to the area of Belgium. The lake is very deep (up to 1600 m), very old (25 million years) and unusually clean. The lovely mountainous landscape surrounding the lake is also unique and truly breathtaking.

Rail fans opt for the journey on the Trans-Siberian Railway. This takes three days and three nights (from Moscow). During this time you can see more than half of Russia, and it is an extraordinary feeling to experience the vastness of this huge country so authentically. 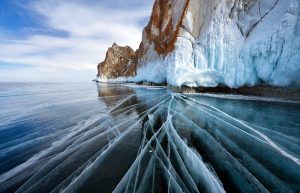 Discover Irkutsk and Lake Baikal with us

Our teachers have put together exciting city tours and themed excursions for you. Some of the activities are free of charge, others can be booked for a fee. As our language school is quite small, excursions are offered on an ad-hoc basis and only on site. However, our travel department will be happy to help you plan and book excursions of one or more days in the Baikal region. 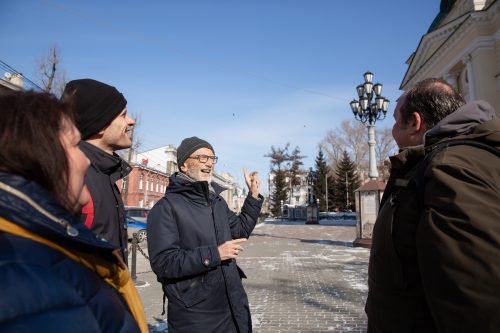 Discover Irkutsk and Lake Baikal with us
Selected blog posts about Irkutsk
The Tsar Carpenter who built Saint Petersburg
On your journey though Saint Petersburg, walking along Адмиралтейская набережная (Admiralteyskaya Naberezhnaya) you can come across a quite ...
Read more
A Guide to Restaurants in Moscow (Video)
I’ve spent a month now in Moscow and have tried out many restaurants. Here is a quick guide to my favourite restaurants for traditional Russian ...
Read more
One verb, many nuances
Слушать means ‘to listen’ and is always followed by the accusative case.  Слушаю музыку. I’m listening to music. Он слушает друга. He’s ...
Read more
Russia Day – День России
Do you know that tomorrow, the 12th of June, is a national holiday in Russia? Do you know why? As you will learn from this post, even Russians ...
Read more
Destinations:
Russian courses:
Internships:
About Us:
Get in touch with us:
Email: [email protected]
Liden & Denz St.Petersburg
Ulitsa Zhukovskogo 3, 4th floor,
191014 St. Petersburg,
Russian Federation
Liden & Denz Moscow
Gruzinsky per. 3-181,
123056 Moscow,
Russian Federation