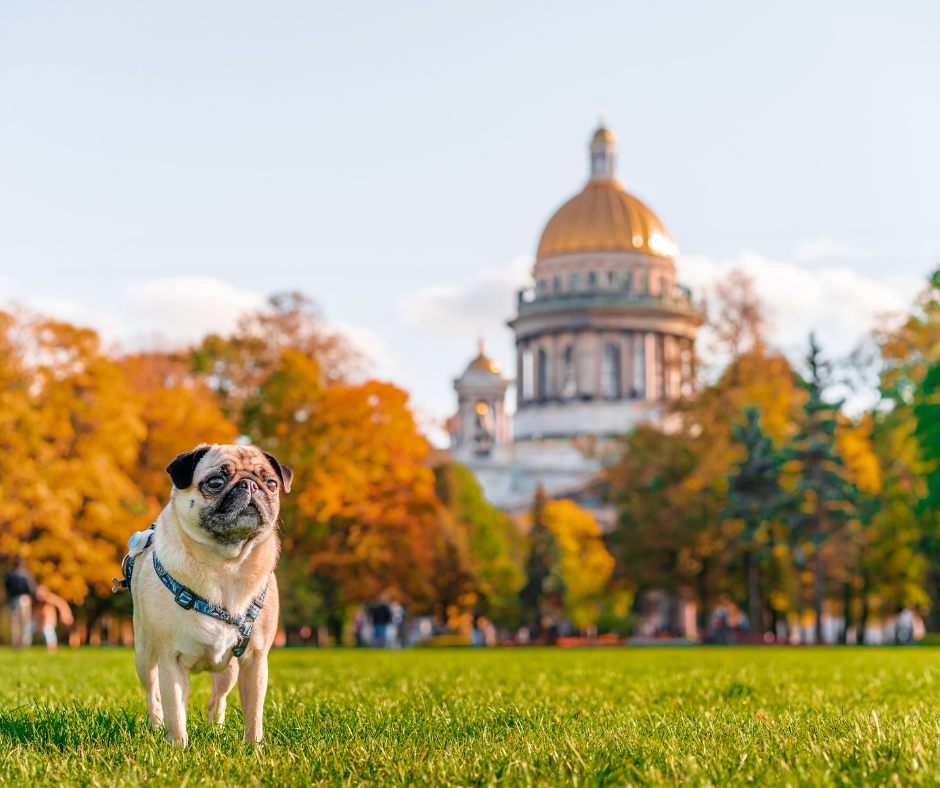 As the days get shorter and the weather colder, I often think of Autumn as a rather gloomy season. However, I have noticed the beautiful colours and crisp air during this season in St. Petersburg. Although I was disappointed to have to start wearing my winter coat in September, this past week has been warm enough to get away with a thick jumper instead. As well as the temperature hitting the teens, there has been a hint of sun which, combined with a light breeze, offers the perfect weather for walking around the beautiful parks in and around Saint Petersburg. Here are some of my favourite places where I’ve been able to appreciate the beauty of autumn in Saint Petersburg…

On the weekend I visited Gatchina, a small town 45 kilometres south of St. Petersburg. To get here, I got the metro to Baltiyskaya station, and from there it was an hour journey on an elektrichka – a Soviet, surburban, electric train. While the journey was a bit bumpy, the return ticket cost only 212 rubles, and I managed to get a seat, so it was a good experience. Once I arrived at Gatchina, I enjoyed the escape from the bustling city of Saint Petersburg. The fresh air combined with the beautiful autumn leaves which covered the floor made me feel refreshed, and excited to embrace the autumnal season. As the weather was nice, I made the most of the outdoor nature, but the area is also home to Great Gatchina Palace. This was one of the main residences of the Russian Imperial Family during the 18th and 19th centuries.

Not far from the school, is the famous Ле́тний сад (which translates to The Summer Garden). This is a historic public garden, filled with trees and marble sculptures, many from the early 18th century. Peter I commissioned marble busts and statues from Italy, wanting the garden to be as beautiful as the famous gardens of European monarchs. Indeed, the combination of nature and skilled architecture makes this place a serene sight, especially during this time of the year.

Last Thursday I visited New Holland, an artificial island in the centre of St. Petersburg (about an hours walk from Liden & Denz). It is open from 9am-10pm during the week, and 9am-11pm on Fridays, Saturdays and Sundays. The island includes large green areas, play areas for children, and lots of posters and sculptures are dotted around. As well as the beautiful nature and open areas, there are lots of cafes and restaraunts in the area. I tried a ‘sushirrito’ (a cross between a burrito and sushi), as well as a hot chocolate to complete the autumnal ambience. There is also an open lecture hall where events and lectures are held. Here you can find out what’s on there in Ocotober: https://www.newhollandsp.ru/en/events/education/lectures-october-2021/ 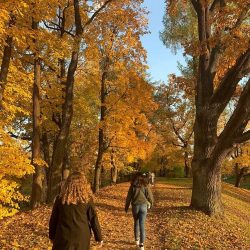 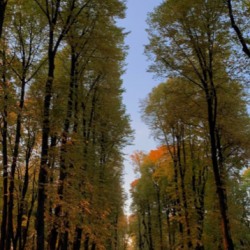 So, if you’re feeling down about the looming cold weather and dark evenings, head over to these spots, and enjoy the vibrant colours which nature offers during the season of Autumn.