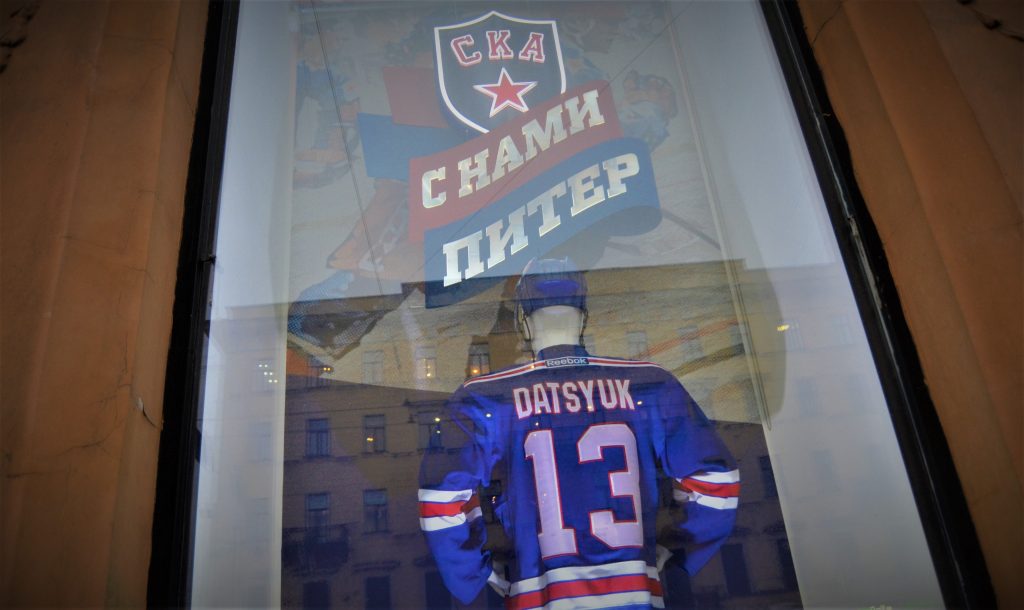 Ever heard something about the Ice Hockey Club of Saint Petersburg? To be honest, I did not even know that Saint Petersburg has its own Ice Hockey Club. I heard about it for the first time, when a friend asked me if I can get some souvenir from CKA shop on Nevsky Prospekt. So therefore, I wanted to find some further information about it.

CKA Hockey Club was founded in 1946 as a top level club of the Soviet Hockey Championship. At first, the club was named Kirov LDO (Kirov Leningrad Officers’ Club). In 1959 it has changed to its final name Sportivnyi Klub Armii (Sport Club of the Army). During Soviet Union CKA Club belonged to the Ministry of Defense Sports Club System, at this time it consisted of officers from Leningrad Military District.

The highest success of CKA during Soviet times was the Soviet Cup Finals in 1968 and 1971, as well as the bronze medals of the Soviet Championships. After the second level division of the Soviet League, CKA joined the International Ice Hockey League. During 1993 and 1994 season, the Hockey Club reached an advance to the IHL Cup semi-finals. What is more, in 2013 CKA Hockey Club was Continental Club Winner as well as Silver Medallist of Russian Championship in 2015. Another great achievement in 2015 was the Gagarin Cup, which represented the first nationwide championship in the history of CKA.

Currently, CKA Ice Hockey Club of Saint Petersburg plays in the Continental Hockey League. Head Coach is Oleg Znarok. On the CKA website it is possible to get information about date of games, championships, players and coaches. The possibility for watching their games live and online is also possible, as well as buying fan products at its online shop.

This blog was brought to you by Jessica Pillinger, student and intern at Liden & Denz

Hi guys! My name is Jessica and I am a student from Austria. Currently, I am doing an internship at Liden and Denz, where I work as an Editorial Assistant and create blogs. I really love my time here in Saint Petersburg. Hope you enjoy reading my blogs! xoxo