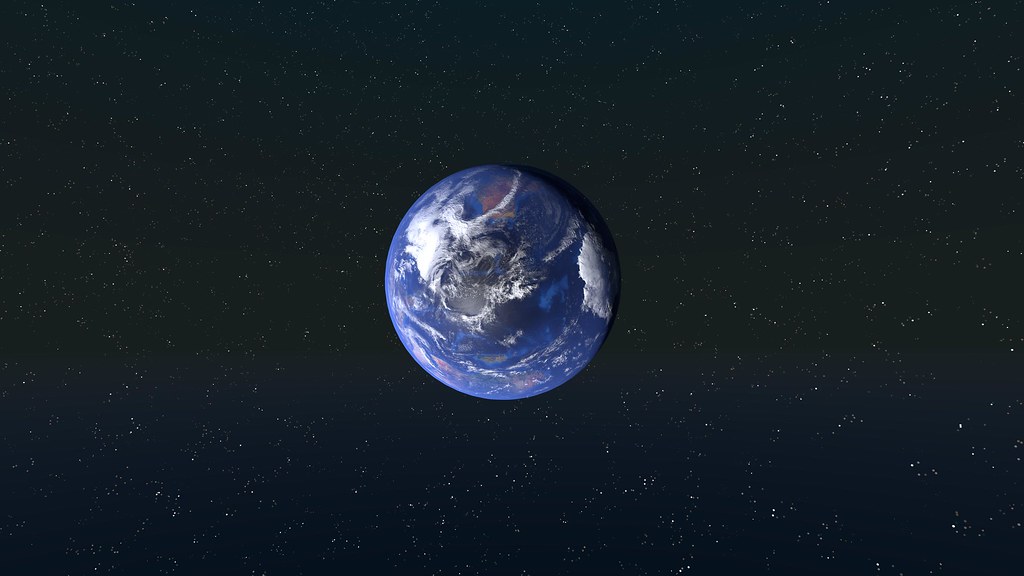 Happy Earth Day 2021! Today, April 22nd, is the day when around the world people take time to reflect on and show support for the natural world, and all we can do to help it. The day has taken place annually for over 50 years; it was even the date chosen for the main signing of the Paris Agreement in 2016, in which over 180 countries pledged to help mitigate the impacts of climate change on our Earth.

Now more than ever, there is an increased awareness of global warming and the state of the planet’s health. Yet it is easy to feel lost in a sea of information and not know where to start if you’re looking to get involved in some eco-conscious events or projects. Whether you’re currently living or staying in Russia, or simply interested in supporting Russia’s climate from abroad, here’s a round up of some of the most prominent ecological organisations in Russia at the moment.

Mospriroda (From the Russian words Москва, meaning Moscow, and природа, meaning nature) is the website to go to for all things green in Russia’s capital city. Whether you’re in search of a nice park, a cycle route or even an eco-friendly competition, Mospriroda will help! The website is almost like a mini-database for the eco-conscious in Moscow – there is lots of advice on which green places to visit in and around the city. As well as offering information about the environment in Moscow, Mospriroda also regularly holds classes and events for anyone who wants to come along. This weekend, to celebrate Earth Day 2021, there are several free events taking place in Moscow for adults and children alike. These include a quest to find out more about animals of the forest, and even a quiz on recycling! More information about the weekend ahead can be found here (in Russian).

Eka describes its mission as ‘to involve as many people as possible in respecting nature.’ This fantastic organisation, founded in 2010, is mainly focussed on educating others about issues facing the planet today. They have developed their own lesson plans, called ‘EcoClass’, which aim to make it easier for teachers to teach children about the environment and the effects of climate change. To date, over 4,000,000 schoolchildren have taken part in an EcoClass! Although education is Eka’s main target, it isn’t all they do. Eka was instrumental in setting up Kapoosta, another great resource mentioned below, and has also set up various projects throughout the last ten years. One of these projects was called ‘Plant a Forest’, a campaign to promote reforestation; thanks to Eka, around 10 million trees were planted over just five years! 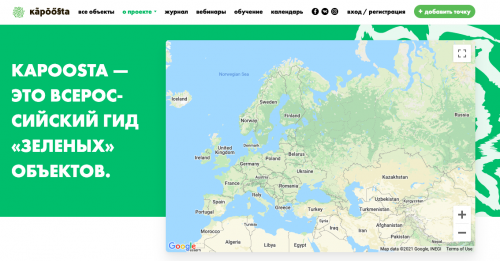 If you’re looking to be more eco-conscious through the places you visit, Kapoosta (Russian: капуста, meaning cabbage) is the website you need. It calls itself, roughly translated, a ‘guide to green things’. The idea behind Kapoosta is to provide an interactive map of Russia pinpointing different environmentally-friendly organisations, making it easy to spot which businesses value looking after the environment. There are several different categories to choose from – you can simply look for restaurants and cafés on the map, or you can expand and even search for recycling centres, organisations and “green” running routes. Kapoosta a one-stop-shop for all eco-friendly organisations in Russia! 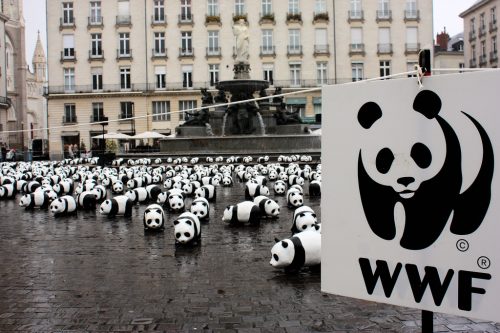 You might have already heard of the World Wildlife Fund, or WWF for short, but did you know that the WWF is extremely active in Russia too? According to their website, the WWF first began work in Russia in 1988, and still take great care in preserving Russia’s environment today. They have several ongoing projects in many different environmental spheres, including a campaign to raise funds to protect snow leopards in the Altai region, and a campaign to save Russia’s ‘Intact Forests’, or первозданные леса – forests which have not been affected by human activity. WWF also recently put on a series of lectures on climate change, hosted by Arkhangelsk’s Northern Federal University, with a focus on climate change particularly in Russia and Archangelsk. WWF is a perfect example of an organisation that focusses on both education and active projects, whilst also doing plenty to look out for Russia’s own nature.

Besides these four great organisations, there are many more which aim to help the environment within Russia. However, you don’t need to be involved in a big eco-movement to do your bit for the planet. Every little action helps – even if it’s simply a bit of recycling now and again, or doing something to mark the occasion of Earth Day 2021!