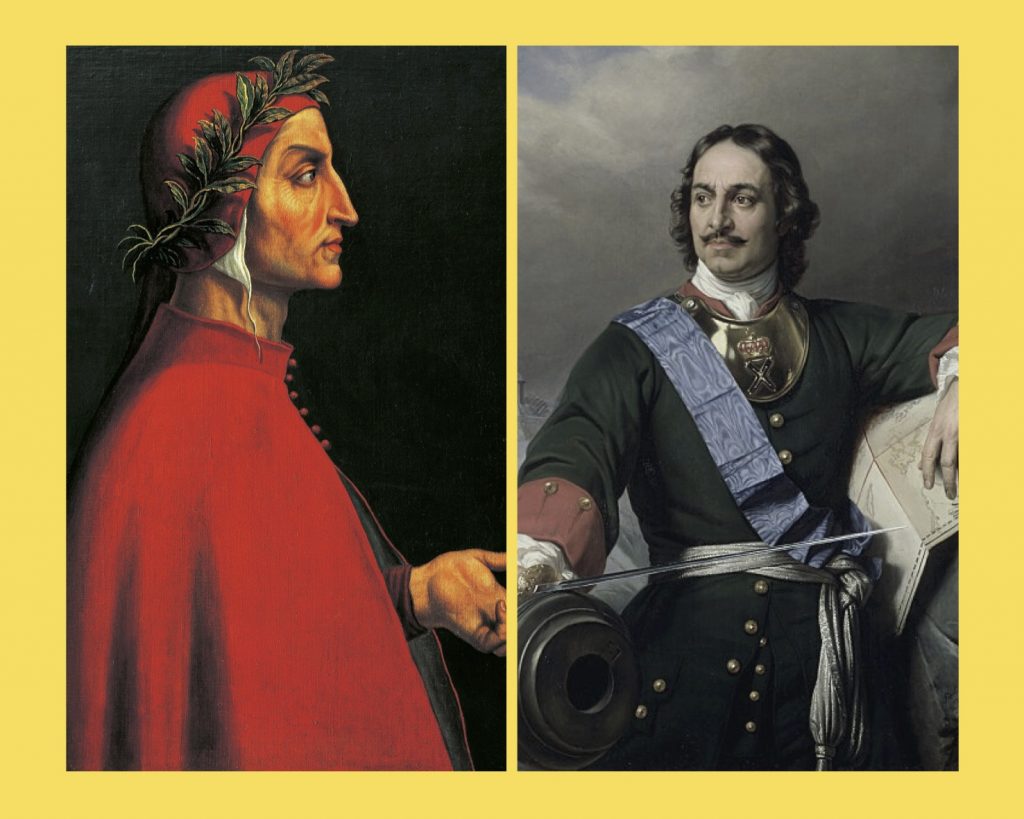 After several stays in Russia, and working as an Italian teacher in St. Petersburg, I realized that the cultural link between the two countries is actually quite strong.

During my various visits, I naturally met a lot of people who like me went to Russia to learn the language. However, I also met many Russians interested in the Italian language. As my Russian began to improve, I gradually began to notice how many words from my own language have been taken up and adapted to modern Russian. In this article, I will explore some of my favourites

First of all (and perhaps unsurprisingly), we have architecture. As many of you already know, much of the beauty of St. Petersburg also derives from the fact that many of the city’s buildings were designed by the Italian architect Bartolomeo Rastrelli (hence why it is often called the “Venice of the North”). No wonder, then, that typical Italian terms such as “cupola” (dome) or “balcone”(balcony) entered into the Russian vocabulary as “купол” and “балкон” respectively.

Secondly, since the two countries are closely linked in musical tradition, especially with regard to opera, their languages also share a great number of musical words and terms. Moreover, Italy’shistorical prowess as a nation of music has meant that many of these words have migrated into the English language as well. Among the most common terms we find are балерина (as in English, from Italian “ballerina”), “balletto” балет (ballet), in which, as you know, Russia stands out for the excellence of its productions (which include many ubiquitous examples like Tchaikovsky’s The Nutcracker (Щелкунчик) and Swan Lake (Лебединое Озеро)) as well as its dance academies.

The terms, however, are not limited to the ballet sphere: many of the names of musical instruments, as well as the technical terms used by musicians, remained unchanged. These include “pianoforte”(piano), which in Russian is simply inverted to фортепиано; “contrabbasso” which becomesконтрабас (double bass in English); the technical terms модерато, аллегро and анданте (directly transliterated from Italian moderato, allegro and andante) which are used to denote pace and rhythm; as well as the term used for the ‘score’ – партитура, again directly transliterated from partitura (partiture in English).

And then, of course, how can we forget “bravo”, the equivalent of молодец. The expression has been taken up in a lot of languages, Russian being no exception (браво!). Something that many of our foreign friends might not know is that although modern Italian (thankfully) does not have cases, adjectives do decline. Therefore, the ending of “bravo” (which here is male, singular) ultimately depends on the gender and number of the person to whom it refers. So, for example, if you are talking to a girl in Italian you would instead say “brava”.

Another prominent area of linguistic commonality is the cuisine. While this commonality, unfortunately, does not extend much beyond a shared vocabulary (and certainly not into the realm of taste), both countries are nonetheless known to be great food lovers and are famous for their hospitality. That’s why from the names of the most famous recipes, such as pizza/пицца and lasagna/лазанья, to ingredients such as “pomodoro” помидор (tomato), “salame” салями (salami), up to the term restaurant itself, “ristorante” ресторан, indicate a close historical culinary relationship.

If the two countries share a large number of terms, false friends do, nonetheless, exist. The most famous perhaps is the term “buttafuori”. This word, coming from the Italian verb “buttare” (throw) and “fuori” (out, away), used to identify a bouncer, the term assumes a completely different meaning in Russian. Indeed, бутафория is instead used to designate those everyday objects that are used in the theatre set design. In this regard, I strongly recommend you to watch this insightful video shot by our former intern, Martina, on Russian/Italian ambiguities.