A Masterpiece: Olympia at the Hermitage 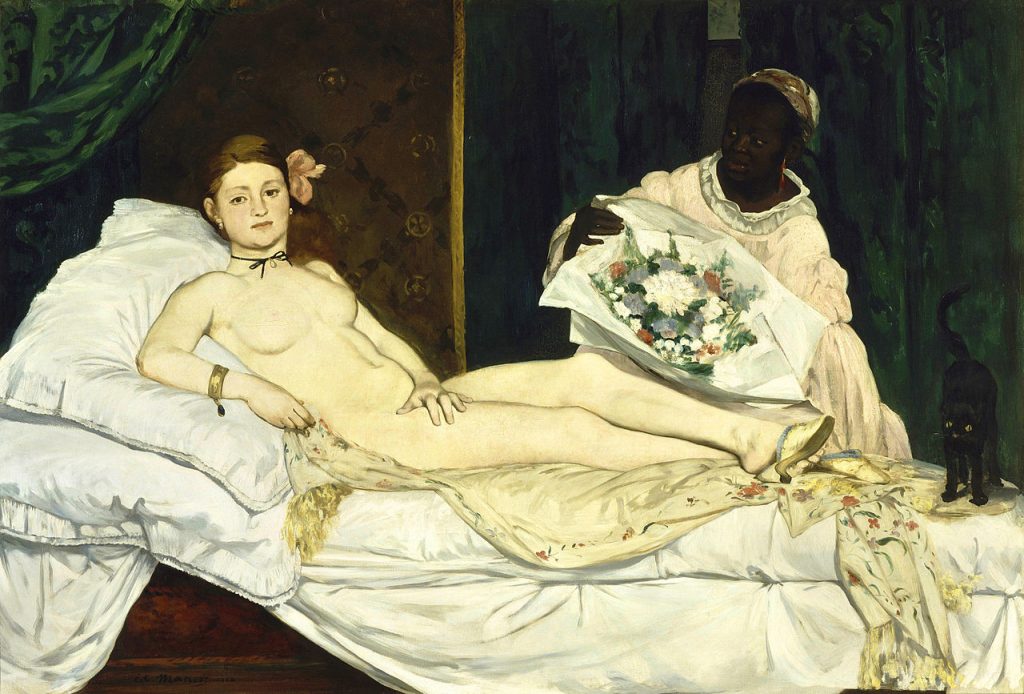 A Masterpiece: Olympia at the Hermitage

According to apocrypha,  if you were to spend a minute looking at every singe item in the Hermitage, it would take you seven years to browse the entire collection.

Its safe to say, then, that you don’t need any more reasons to visit, but here’s one anyway: one of the masterpieces of French post-impressionist painting, Eduoard Manet’s Olympia (1863) is on display there until 30th October.

The exhibition ‘Olympia’ Theme and Variations’  is the latest from the series ‘Masterpieces from World Museums in the Hermitage’. Improved cultural diplomacy between Russian and Europe has lead to the exchange of some truly groundbreaking works of art. The Tretyakov gallery in Moscow and the National Portrait Gallery in London are both currently showing reciprocal exhibitions of their collection highlights,whilst cultural ministers in France and Russia have been collaborating on exchanges ofImpressionist and Post-Impressionist paintings for several forthcoming blockbuster exhibitions, kicking off with Olympia.

The Hermitage exhibition is all the more remarkable given that, such is the fame and value of Manet’s painting, that it has only left its home in the Musee D’Orsay Paris once. Olympia was engulfed in scandal when it was first shown in 1865 and continues to engage and fascinate audiences as a milestone of european modernism. Its radically provocative approach to its subject and subtle psychological tension has made it endure as one of the most influential paintings in art history.

Manet’s work was a turning point in depictions of what was historically the most celebrated subject in Western art: the female nude. Refusing to accord to a centuries-long tradition of depicting the nude as a neoclassical ideal, Manet unapolgetically painted her as a common prostitute, and in doing so shocked the critics and the French public with  mythic infamy which to this day shrouds his most famous work in an anti-establishment aura.

The Hermitage contextualises Olympia by showing it alongside an exhibition of twenty other works depicting the development of the nude in art from the Renaissance onwards, including works by Botticelli, Titian and Giorgione. One could perhaps argue that this demonstrably radical painting warrants a slightly more daring curatorial approach, perhaps one which engages with the plethora of issues of race, gender and power which Manet’s nude has come to embody in contemporary art writing. But, really, with canonical classics like this on your doorstep – who’s complaining? And more to the point, who’s waiting? Time to get yourselves over to Palace square for one of St. Petersburg’s summer events which truly validates the term ‘unmissable’.

This blog was brought to you by Kamila, student and intern at Liden & Denz St. Petersburg