What even is ‘knowledge day’? 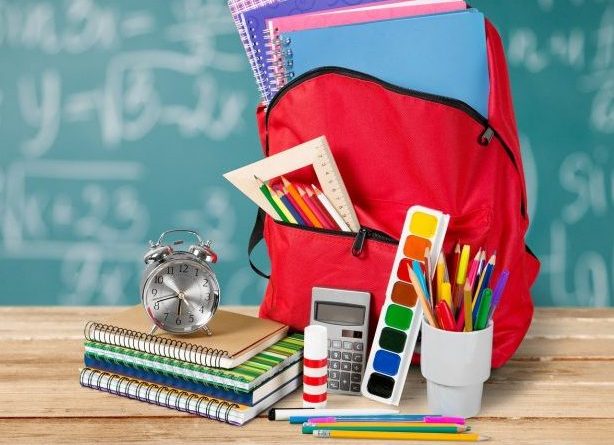 Knowledge day, otherwise known as День Знаний, takes place annually on the 1st of September which is just under two weeks from now! Whilst this day originated from the early period of the USSR, it still has huge cultural significance in a few Eastern European countries and particularly in Russia. Nationally, this day of celebration marks the time of year in which all students return to school after the summer break – hence the reason for its name, knowledge day!

Though some sources state that this day was established in 1984, where there was a decree to make this day an official national celebration, I have seen from other sources that its history goes back much further than this – since the 1930’s there are accounts of the significance of the 1st of September as the beginning of the school year, and a time for present giving. Samuil Marshak in 1935 wrote a poem entitled ‘The First of September’ in 1935, that records a gleefully toned account of children preparing for the beginning of the school year.

What you might have already heard about this social occasion is that gifts are culturally expected to be given to teachers by every child, typically in the form of flowers. The images from this event can therefore appear to show some sort of mass hysteria; hundreds of students descending on their teachers with arms full of flowers and gifts. Funny as this may seem to those who have not experienced this tradition first hand, the ultimate the goal of the event I think is something that can be admired globally; a day to give respect and thanks to teachers, whilst making the yearly return to education something positive and celebratory! 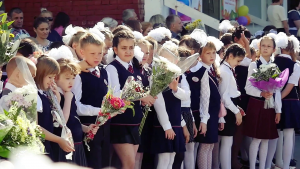 This day is particularly interesting due to the fact that many national holidays which were  founded in the USSR have been lost in modern times, but this one has sustained many years of social change! There have been some alterations to the celebration, in the fact that it is not generally customary to wear formal uniforms, however as I said before flowers are still given and pictures normally taken in commemoration of the occasion.

I hope you enjoyed reading my piece on the history of knowledge day in Russia! To read more about the historical life of Russian school children, or the history of education in Russia there are many resources, but let us know in the comments if you would like a post about anything specific!

Also, if you’re interested, here is a little dictionary for you with some helpful words on the topic of knowledge day:

Good luck with your studies and wherever you’re from, don’t forget to give thanks to your teachers on the first of September, and the rest of the year too!