Why is Georgian food so popular in Russia? 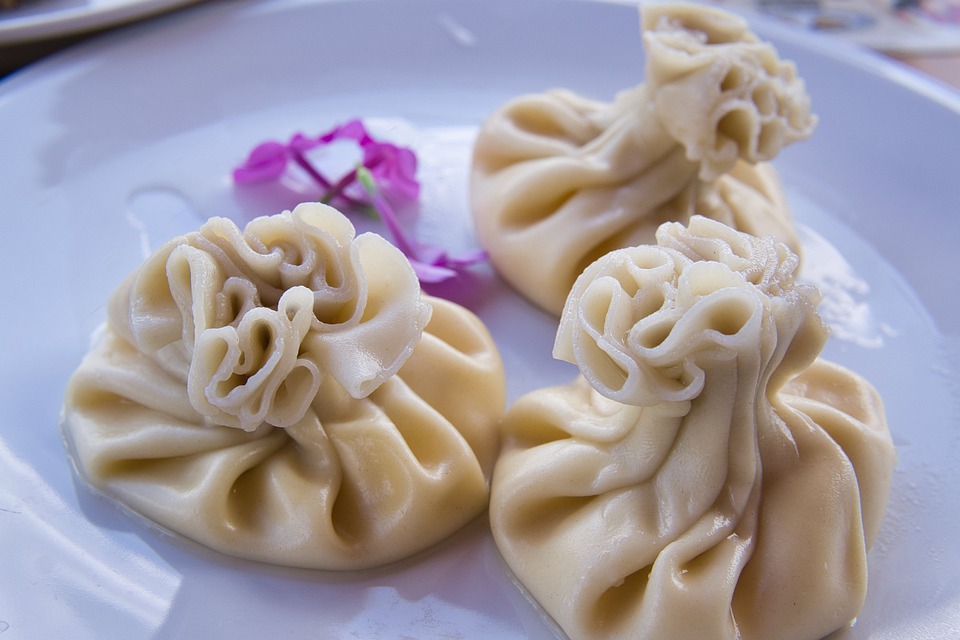 Before visiting Russia, I had never tried Georgian cuisine, and barely even heard of it. However, since arriving in St Petersburg, I have seen and visited almost as many Georgian restaurants as Russian ones. In fact, around 10% of restaurants in Russia specialise in Georgian food. It certainly seems to be everywhere, but why is this cuisine so prevalent in Russia, to the point that it has practically been adopted as a part of their own culture?

The history of Georgian cuisine in Russia

Part of the reason is linked to Russian politics, and dates back to almost a century ago… In the 1930s, Stalin (originally from Georgia) expressed his personal fondness for Georgian food, and even provided special privileges to Georgian cuisine suppliers. In the mid-1900s, Khrushchev also promoted Georgian cuisine during his reign. He believed that tasty food had the power to create Russian identity and morale. It also provided the opportunity to recognise the multi-ethnic nature of Soviet society.

Throughout the Soviet era, since Russia and Georgia were basically one state, recipes spread across the country naturally. After the collapse of the Soviet Union, there was another surge in popularity, since lots of Georgians migrated to Russia after 1991. Indeed, somewhere between 1-1.5 million ethnic Georgians currently live in Russia, so the food is authentic, with ingredients often directly imported from Georgia. Herbs are much more widespread there than in flat-land Russia, so their cuisine tends to be much more flavoursome than the classic simple Russian dishes. Even many Russians admit to preferring Georgian food to their own cuisine.

Having tried a few out myself, I would definitely recommend the cuisine, and these are a few of the main, most popular dishes which you should try out! 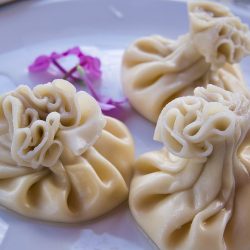 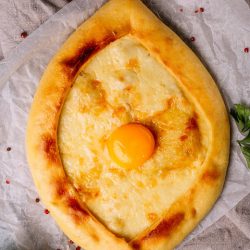 Khinkali are boiled dumpling, traditionally filled with minced meat (but now potatoes, mushrooms or cheese are also used as an alternative). Juice from the meat remains inside the dumpling, so there is a specific way to eat this to prevent it from bursting – bite a small hole, and sip the stock out through this, then bite into the meat.

Khachapuri is a cheese-filled flatbread, often topped with an egg. To eat this, the crust is typically ripped off and used to dip in the cheese centre.

Kharcho is a tomato meat broth, which contains beef, rice, cherry plum purée and walnuts. It should be spicy, although different regions of Georgia use a variety of spices to season it.