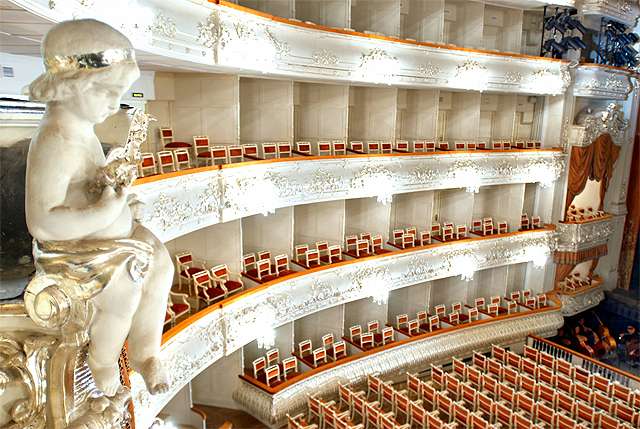 When you think of Russia, what comes to mind? It could be anything from блины(Russian Pancakes) and водка(vodka), to striking religious icons and an unbelievably complicated history! However, balancing delicately near the top of this list is ballet. Russia is a country renowned for its excellence in this field, and is famous for producing some of the world’s most gifted, graceful dancers.

Tonight, the Михайловскийтеатр(Mikhailovsky Theatre) will open its 182nd season. Over the course of the evening, guests will be treated to a triple bill of breathtaking single-act ballets – “Le Halte de cavalerie”, “Class Concert”, and “White Darkness”.

The first is an intricate arrangement of storytelling and choreography, a traditional and celebrated delight that first premiered over 100 years ago! Following this is “Class Concert”, which is considered to be a real treasure of the soviet period. This piece is truly unforgettable, so go along, watch, and allow yourself to be simply astounded. Finally, there is a chance to see “White Darkness”. This groundbreaking, modern work was the highlight of last season, and has been mesmerising audiences since it premiered in 2001.

Even if you do not regularly attend ballet performances, a night of Russian ballet at the Mikhailovsky Theatre is something you must experience at least once in a lifetime, so don’t leave St. Petersburg without having done so at least once!

If you haven’t bought tickets yet, then don’t worry! These special performances will run for not one, but three nights. Tonight’s tickets have sold out, but there is still time to book your seats for either the 9th or 10th September. The box office is open every day until 9pm, so there is plenty of time after classes to arrange your visit.

For more information about the performance, and to purchase your tickets, see the Mikhailovsky Theatre website: