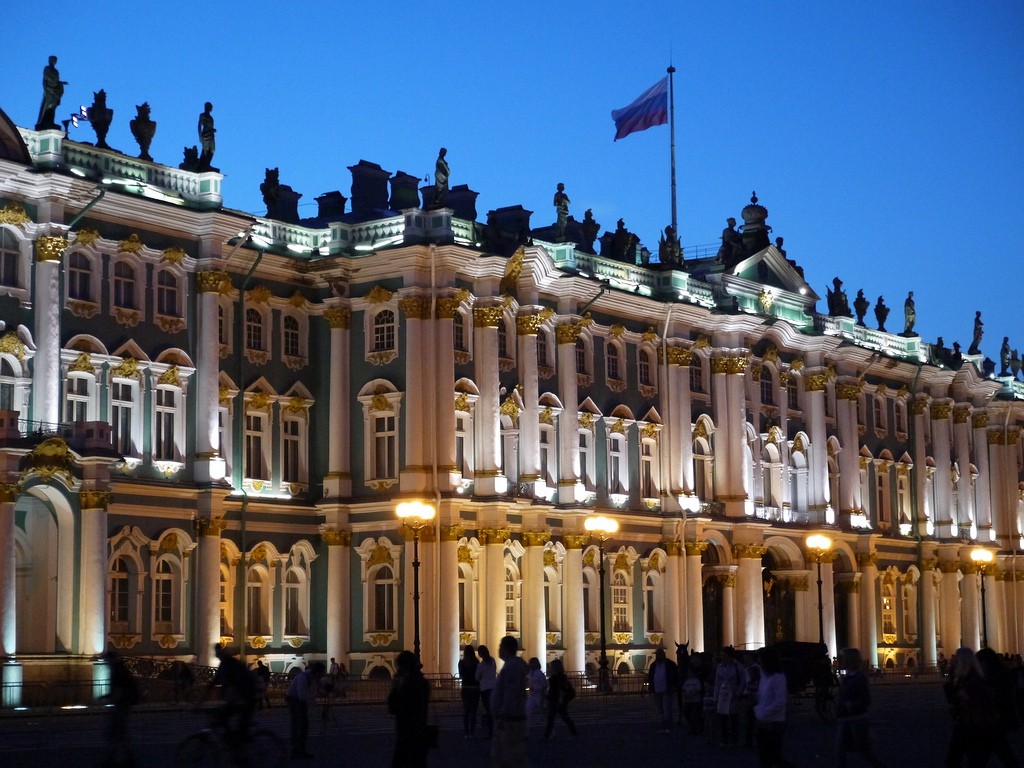 During the International Day of Museum on 18th May a lot of museums will offer free entrance and special activities. For this occasion during this weekend the event Ночь Музеев (Night of museums) will take place in Saint Petersburg. That’s a great occasion to visit many museums with a single ticket or to see them in a completely different and unusual atmosphere.

Saint Petersburg museums will open during the night from May 16 to May 17. Every museum, library or association that participate in the event have planned an extraordinary evening for their visitors: special exhibitions, concerts, shows and master classes. Most of the activities are connected to this year theme, “помять” (memory), and so to Великая Отечественная Война, the Great Patriotic War (World War II) and the 70th anniversary of the (День Победы) Victory Day.

In the majority of museums and in театральние кассы (teatralnie kassi) it’s possible to buy the single tickets (350RUB) that will give you the opportunity to visit more than 90 museums.

In addition to museums, many libraries, creative spaces and cultural centres and associations take part to this event as well. The night of museums will officially start at 18:00 and end at 6.00. However not all the museums which participate will be opened till 6 in the morning, but most of them. For this reason night buses will be running until 6 in the morning while the metro 24 hours.

Some churches and cathedrals are also involve in the event as the Isaakievskiy cathedral, that will give a Tchaikovsky tribute concert at 21:00 and Большая Хоральная Синагога (Bolshaya Choralnaya Sinagoga), which will organize excursions and a final concert of Jewish music. In the art centre «Пушкинская-10» (Pushkinskaya-10) and the creative spaces Лофт Проект ЭТАЖИ (Loft Proekt Etazhi) and Пространство «Лёгкие люди» (Prostranstro “Legkie lyudi”) there will be concerts and unusual exhibitions going on all night long.

Артиллерийский музей will offer battle scene reconstructions of the World War II, Middle Ages, and Civil War. Then in Архив Санкт-Петербурга (Central State Archive of Saint Petersburg) visitors can learn how genealogical research are conducted and get advice on how to know about their family roots.

Particularly attractive seem the events organized at Библиотека им. В.В. Маяковского (Biblioteka im. V.V. Mayakovskaya). Its program focuses mainly on the siege of Leningrad. Visitors will be introduced to the blockade cuisine recipes while songs of the resistance and jazz music of the 1940s will be played, and then everybody will be taught how to dance foxtrot. In Большой зал Филармонии им. Д.Д. Шостаковича (Bolshoi zal Filarmonii im. D.D. Shostakova) several concerts based on German Baroque, opera, jazz and film soundtracks will go on until 6 a.m. The program includes composers like Mozart, Bach, Tchaikovsky, Rimsky-Korsakov, Schnittke, Morricone, Webber.

If you are in Saint Petersburg don’t miss this great opportunity and check the program on the official website.