5 Russian Easter Traditions You Can Try 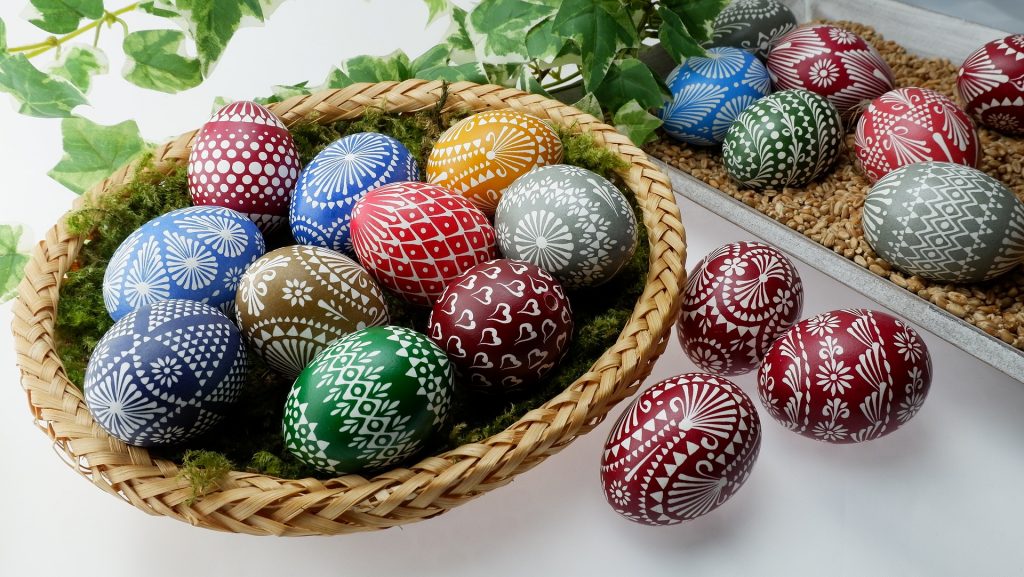 Russian Easter traditions were suppressed in the Soviet era, but many have since been revived to their former glory.  Now, Easter, or Paskha (Пасха), is one of Russia’s biggest holidays. While there are many denominations in Russia that celebrate Easter, the Russian Orthodox church is the largest – and its Easter celebrations are certainly worth seeing. Even atheists tend to go to Church for the Orthodox Easter service and use the traditional greeting ““Христос Воскресе!” (Christ has risen!) and response “Воистину Воскресе!” (Risen indeed!). Aside from the religious aspect, Russian Easter is also a day devoted to spending time with your family and eating special food.

Here are five Russian Easter traditions you can try your hand at this year – whether you’re in Russia or abroad.

In Western Christianity, Easter’s date is determined according to the Gregorian calendar. In Russia, however, Orthodox Easter is determined according to the older Julian calendar – meaning that is usually falls a little later in the year. This year, for example, Western Easter will take place on 1st April while Orthodox Easter won’t be celebrated until 8th April.

What does this mean for you? It means that, if you’re in Russia, the Easter celebrations may not take place when you expect them to. And you’ll also get the chance to celebrate twice: the Western way and the Russian way.

In Western Christianity, it’s common to give up something you like for the 40 days of Lent leading up to Easter. The Russian Easter tradition, however, is slightly different. Rather than giving up something like sweets or chocolate, Russian Orthodox fasters are supposed to stay away from all animal-based foods – including meat, eggs, fish, seafood and dairy – for the entire Lenten period. To top it off, they’re also meant to refrain from sex, alcohol and swearing on certain days as well!

Of course, the majority of Russians do not observe all of these restrictions, although many will observe some of them. So the degree to which you join in with this Russian Easter tradition is up to you. (That said, if you do want to have a go at the vegan diet, there are plenty of eating options in St. Petersburg.)

This is a Russian Easter tradition that’s very similar to the “spring cleaning” custom you see in many parts of the world. According to custom, the Holy Week leading up to Easter is a time to get your house in order – literally and figuratively. In particular, the Thursday before Easter is known as “Clean Thursday”. In addition to giving their homes a thorough clean, many Russians will use this day to visit the banya to cleanse their bodies, and perhaps even attend church to cleanse their souls.

Clean Thursday is a Russian Easter tradition that anyone can try, no matter where they are in the world. So pick up a sponge and start sprucing!

Church attendance plays a major part of many Russians’ Easter celebrations, even if they’re not usually religious. The day before Easter, many Russians will go to church in the daytime to have their Easter baskets full of delicious foods blessed (don’t worry – we’ll come back to these). This is followed by a church vigil that lasts from dusk to dawn.

Even if you’re not religious yourself, attending a Russian Orthodox Easter service is certainly a worthwhile cultural experience. The vigil comprises impressive ceremonies involving candles, liturgical chants, and lengthy bouts of ritual walking. You can also watch the Head of the Russian Orthodox Church lead the Easter Liturgy Mass in Moscow’s Cathedral of Christ the Saviour live on TV and online.

Easter day is time to break the Lenten fast – but instead of gorging on chocolate Easter bunnies, Russians traditionally enjoy special Easter foods. The Easter eggs here are not chocolate, but hard-boiled. These eggs play a central role in many Russian Eastern traditions – whether it’s dying and painting them, exchanging them with friends and loved ones, or using them in games such as ‘egg rolling’ and ‘egg tapping’.

If that sounds like an egg overload to you, fear not. You can also try kulich (кулич), a sweet yeast bread similar to Italian panettone, and paskha (пасха), a pyramid-shaped cake made using cream cheese. Both of these treats are often decorated with the letters “XB” – the first letters of the “Христос Воскресе” Easter greeting.

If you’re in Russia over the Easter holiday, you won’t have to look far to find these foods. And, if you’re further afield, there are plenty of recipes available online that would allow you to recreate these dishes at home.

So there you have it: five Russian Easter traditions that anyone can try. You can find out more about celebrating Orthodox Easter in Russia here. And, if you want to see what we get up to for Easter here at Liden & Denz, don’t forget to follow us on Facebook and Instagram!

This post was brought to you by Leah, currently studying Russian at Liden and Denz, St. Petersburg.

Leah is studying Russian at Liden & Denz Language Centre in St. Petersburg, while interning as a Blogger/Editorial Assistant.