Grunt and Squeak and Squawk with the Animals There are always some vocab lists that get neglected, and it isn’t until you really need a word that you realize you just don’t know it! One of those lists for me was animal vocab. Despite being an animal lover, many words slipped under my Russian radar and if I want to talk with the animals, I need to know Russian animal names. But when I finally made a concerted effort to learn these terms, I noticed that some animals have funny, cute or peculiar names in Russian. Of course the same is true of most languages, but Russian is the name of the game so here are my favourite examples of some more common (and therefore less zoological) animal anomalies and some attempts at explaining their origins. 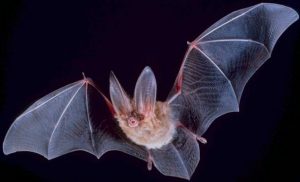 A seasonal animal to start with! The English word for these mysterious little animals that are often associated with Halloween may seem pretty meaningless, but it in fact comes from an Old Norse root blakka, meaning “flapper”. It is somewhat more tenuous than the Russian “flying mouse” which is an appealing if rather literal description of these cute but creepy creatures. From a zoological point of view, летучая мышь only refers to microbats, but most dictionaries give it as the Russian word for “bat” as it has become the most commonly used term. 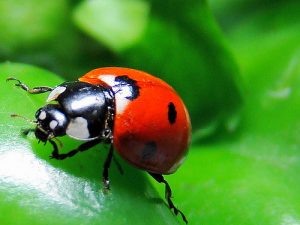 Every Russian I have ever asked about the (or at least it is to me) humorous name “God’s Cow” for this particular creepy crawly has retorted “What about ladybird?! That’s not exactly normal.” And I can only agree if I’m completely honest. This little bug is lucky enough to be called such positive and cute names in many languages, Russian not excluded. The notion that ladybirds are lucky and good creatures most probably comes from the good work they do for us humans: they eat aphids, preventing them from devouring crops and trees and are therefore crucial to the ecosystem. Perhaps that is why they are associated in Russian with God. Not only do they fly to the heavens, but when the come to land they bring good fortune and help with the gardening. But why are they likened to cows? One theory lies in the fact that, like a typical dairy cow, they have black spots and they produce a sort of “milk”; the orange substance that comes out of their behinds when they feel threatened is not their excrement, but a fluid designed to prevent other animals from eating them for fear of being poisoned. Another theory suggests that коровка here comes from каравай, meaning “cob” or “loaf”, a word often used in Russian to refer to round things, such as the dainty ladybird. 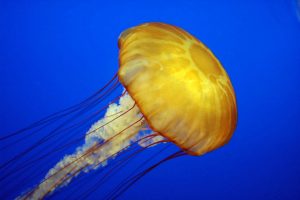 “I don’t think you’re ready for this jelly!”

The term “medusa” is also used in English in association with jellyfish, but it is much more specific and science-y. The term has stuck in Russian to denote these sea beasts that either bob along harmlessly or, as they are more often famed for, give a nasty sting! Perhaps the name is more appropriate for the latter: it was coined by Swedish zoologist Linnaeus in 1752, as the tentacles of the jellyfish reminded him of the head of Medusa, the monster in Greek mythology with venomous snakes instead of hair. This seems to be particularly fitting, as the aquatic animals have been found in the world’s oceans for some 500 million years, making them much more ancient than even their namesake. 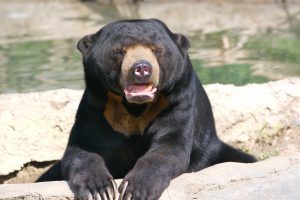 “Show me the honey!”

This is one of my favourite Russian words! From мёд, meaning “honey” and the archaic word ведать, meaning “to know”, this animal knows where the honey is…! Any fan of Winnie the Pooh will know how very true that is! Ведать may not be used as a verb anymore, but its root is used in many words denoting knowledge or command of something: ведение, киновед, языковедение, заведовать to name but a few. 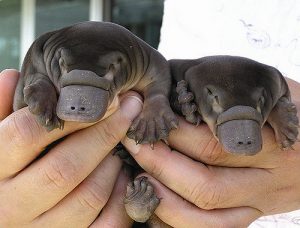 This one’s easy: its nose looks like the beak of a duck (утка = duck; нос = nose). The same sentiment is expressed in its fuller English name, “duck-billed platypus”. But in classic Russian style, they bypass formality and say it as it is, whilst English more commonly uses a word with Greek etymology meaning “flat-footed” which is certainly true of the semi-aquatic, egg-laying mammal of action, but it is hardly its defining feature in my opinion.

Now these animals may seem very, very different but it turns out that they are actually rather easy to muddle up in Russian. Whilst the general term for a ray is скат and for a seal is тюлень, the common stingray is known as a морской кот and the northern fur seal is морской котик. It may seem rather specific to reference a breed of seal, but it has actually become one of the more common terms to refer to seals as a whole. I have done a lot of googling to get to the bottom of these names, but it appears that the best we can do for seals is say that, according to some people, they appear to meow much like a cat, have cat-like teeth and a penchant for fish. Now the latter is most probably true for the stingray too but I have struggled in my Google searches to get a firm answer, so here’s my version of events: just like how a cat doesn’t like you to grab hold of its tail, one should avoid contact with a stingray’s tail too… 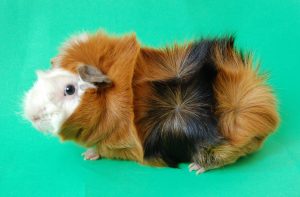 “I just got a wash and blowdry – what do you think?”

And to finish, an animal that is a pretty common pet in many countries. So they are referred to as pigs in many languages despite not being related to actual pigs at all. Many believe that their similarity to pigs is mainly due to their squeals being somewhat porcine. And admittedly the English term “guinea” is also misleading, as they do not actually originate from Guinea at all… but I’m not here to pick holes in English logic. Russians refer to these animals as “sea pigs” which is really rather baffling when you hear it for the first time and leaves you with visions of Russians buying a guinea pig and mistakenly keeping it in the bathtub. However, the explanation is really rather simple: морская has been shortened from заморская to indicate that they came from overseas. Splendid logic in comparison to “guinea” it seems.

So there you have it, a few reminders of those more humorous animal terms and some (attempted) explanations for why they are so named in the magnificent Russian language!