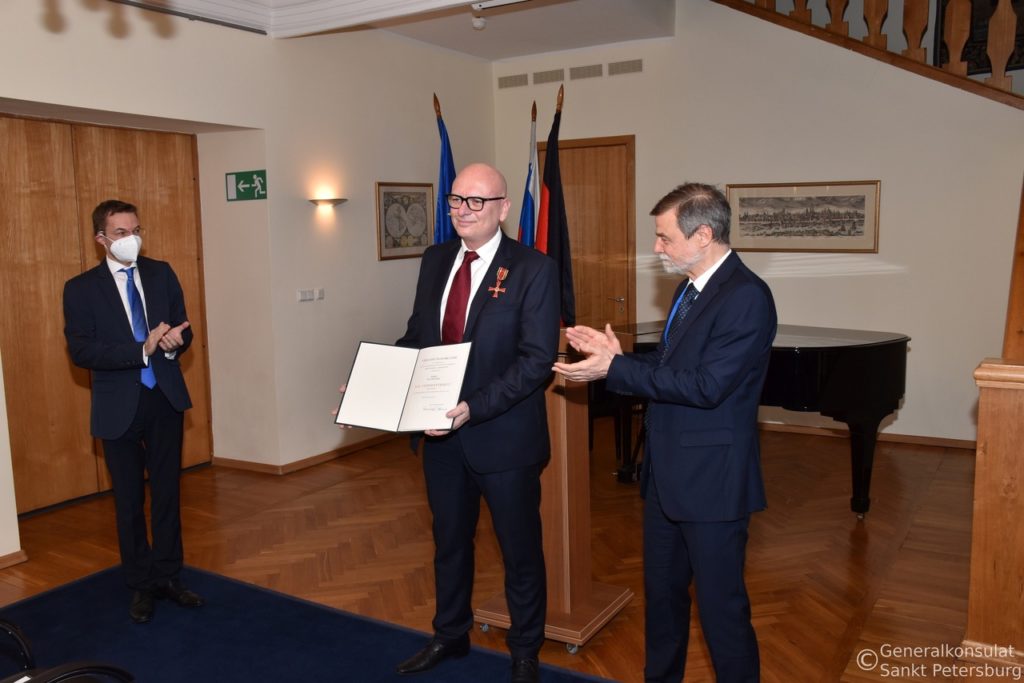 02 April 2022
Liden & Denz co-founder and owner Walter Denz has been awarded  the German Federal Cross of Merit!
“We honour you today for your tireless commitment to the founding and development of a German school in Saint Petersburg,” said Consul General Stefano Weinberger on the occasion of the award of the Federal Cross of Merit on Ribbon to Walter Denz, the long-standing Chairman of the Board of the German School Saint Petersburg, on 31 March 2022.
In his tribute, Consul General Stefano Weinberger emphasised not only Walter’s untiring commitment to the development of the German School St. Petersburg, but also his overall contribution to German culture in St. Petersburg.
In October 2018, the German School Saint Petersburg was awarded the title “Excellent German School Abroad”. Walter was also involved in enabling the school to introduce the mixed-language International Baccalaureate (IB) this school year, thus laying the foundation for the acquisition of the general university entrance qualification by the students. 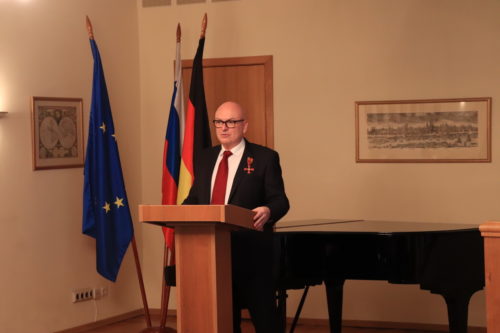 Now housed in a modern building in the Petrograd district, it is a centre not only for German-Russian exchange, but also a school where children from different nations learn together from kindergarten to senior high school.
Links to the original posts in German and Russian:
https://de.deutscheschule.ru/nachrichten/verleihung-des-bundesverdienstkreuzes.html
https://deutscheschule.ru/blog/vruchenie-ordena-valteru-denczu.html