Why the sculptures of 2 cats in St. Petersburg have important historical meaning to the city. 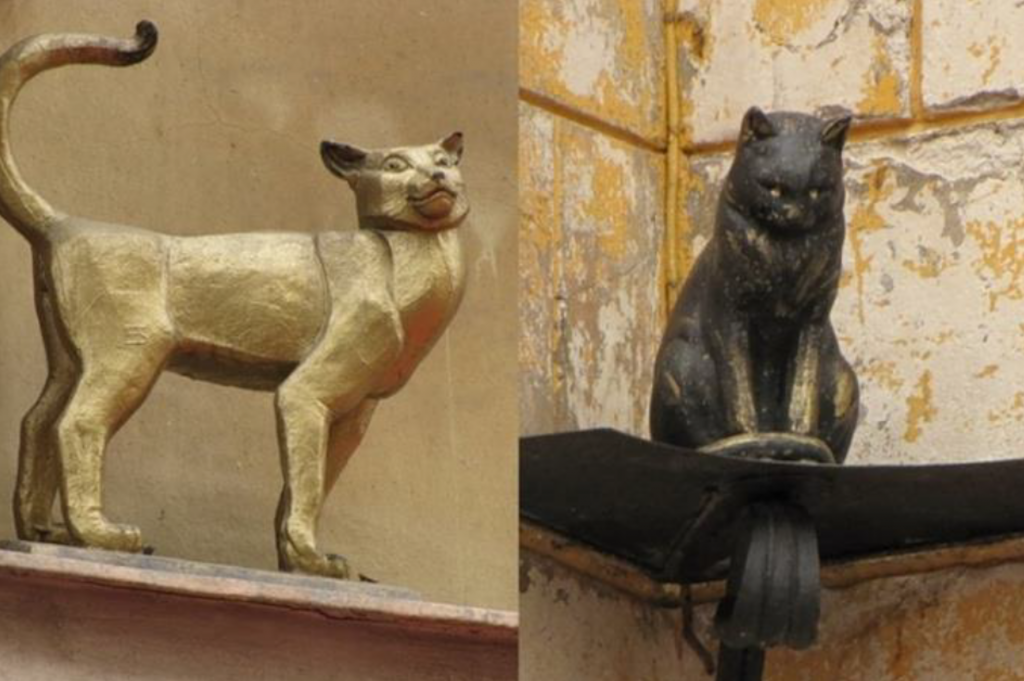 During the Second World War, the Germans broke their nonaggression pact with Leningrad and launched a full-scale military offensive across the Soviet Union’s western borders. At the end of August, the Germans captured the east-bound railway: Leningrad was cut off. Soon enough there was no food in the city and all inhabitants began dying of hunger. People started eating their pets. Quickly all cats in Leningrad were eaten, which caused a huge influx of rats terrorizing the city and its people. As you can imagine, this meant that there were a lot of diseases spreading through the city.

The extent of horror that the city had to go through during these times was incomprehensible. The blockade (in Russian: блокада Ленинграда) became one of the longest and most destructive sieges in history. The siege lasted from 8 September 1941 until 27 January 1944, a total of 872 grueling days, almost 900 days and nights (or: 900 дней й ночей – you might have seen the signs in the streets with these words as well). The lift of the siege is still commemorated until this day.

Back to the cats Elisey and Vasilia. What do they have to do with the story? Immediately after the breakthrough of the blockade, the city’s council decided to bring new cats to the city, to help with the invasion of mice and rats. Over 5000 cats were brought into Saint Petersburg from Siberia, which saved the city. The sculptures were gifted to the city as a symbolic meaning of its love to cats.

So the next time you will walk around Saint Petersburg, look up and you might spot them!