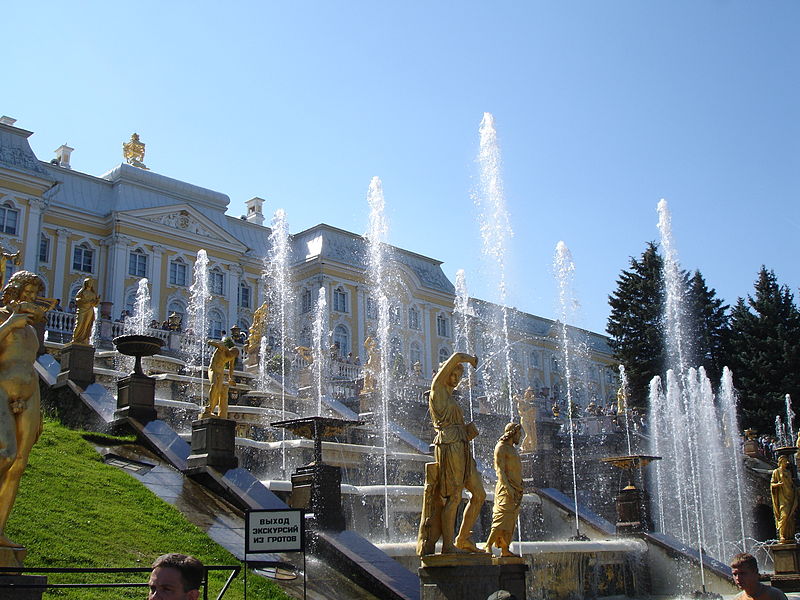 In Saint Petersburg people can’t wait for the warm season. We have already been honoured with sun and nice weather, that’s very unusual for Saint Petersburg. And now finally the ice melted completely and the days are getting longer, lighter and warmer too, luckily. That means we’ll have the chance to enjoy the city in a new way since spring will bring with it fountains and navigation season as well. Then Saint Petersburg and its parks will look even more astonishing with all their fountains working.

Fountains will start working in Saint Petersburg from the beginning of the next week, on April 20. The first ones will be in Ново-Манежный сквер (Novo-Manezhnyi skver), in front of Казанский собор (Kazansky Sobor) and in the park “300-летия Санкт-Петербурга” (300-letiya Sankt-Peterburga) in the north of the city. On the next day it will be the turn of the fountains of the small garden close to Зимный дворец (Zimny Dvorez), in Александровский сад (Aleksandrovsky sad) in front of the Admiralteistvo and on Vasilevsky Ostrov. During April many other fountains will start to work one after the other; in May the fountains in Кронштадт (Kronshtadt) and the fountains close to Гостиный двор (Gostiny Dvor).

In Peterhof the fountains will open on April 25. The summer season this year will be particularly important since it marks the 300th anniversary of the Grand Palace. That’s why it will be really exciting to be there for the traditional ceremony at the Grand Cascade for the opening of the summer season on 16 of May. Soon it will also be possible to take a ракета (hydrofoil) to get to Peterhof from the Neva banks in the city centre. From April 9 actually, the rivers and canals navigation season opened and from 16 of April the bridges opening season will start too, but ракети won’t work until May 1.

So in less than a week from now the main fountains of the city centre will start to work and all the parks and gardens will start to be again full of life and colours and show all their beauty.