Getting around: Public Transport in St Petersburg 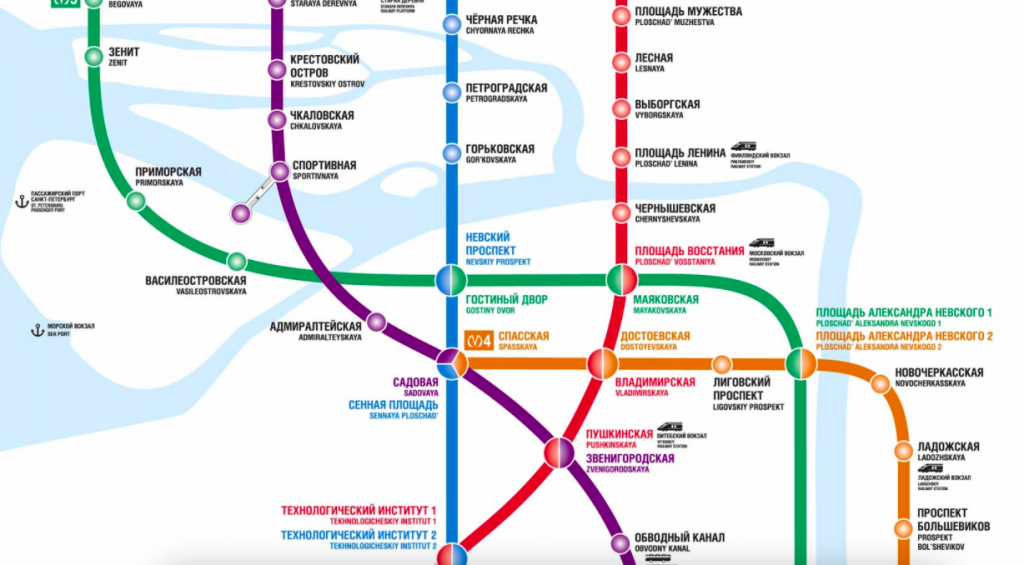 Whenever you arrive in a new city, one of the first things to get to grips with is always the public transport network. Despite apps like Google Maps and Citymapper making life a lot easier when it comes to travelling around St Petersburg, these apps can’t tell you everything and it’s worth spending some time working out how to get around without the aid of your phone. In St Petersburg, there are 5 different types of public transport – bus, trolleybus, tram, metro and ‘marshrutka’. Not sure where to start? Here’s a handy guide to help you figure out public transport in St Petersburg.

If you’re planning on staying in St Petersburg for a while, it’s really worth getting a transport card. This is a simple electronic card that you can load money onto, allowing you to simply tap once when getting on the bus, trolleybus, metro or tram. In St Petersburg, this card is called a Podorozhnik (a bit like the Oyster card in London, or a Navigo pass in Paris). Each journey is around 20 roubles cheaper with this card, so it’s worth getting!

You can buy a Podorozhnik by asking at the counter in most metro stations. When you buy the card for the first time, you can put money on it straight away. However, you’ll probably need to top it up at some point. To do this, simply go to one of the electronic machines in the metro, tap on the option ‘Пополнить единый электронный билет/Top up unified E-purse’ (the instructions are written in lots of different languages too!)’ and follow the instructions to load on more money. 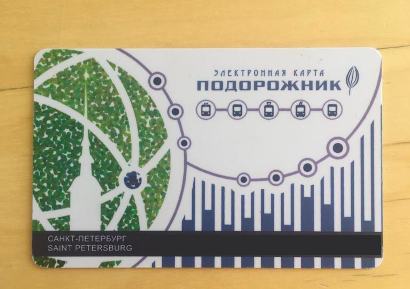 The metro in St Petersburg is much more simple than other metros around the world – there are only five different lines in the metro, each one with a distinct colour. The nearest metro station to school is Ploschad’ Vosstaniya (Плошадь Восстания), on the red line (M1). Click here to find a detailed map of the St Petersburg metro.

Buses, trams and trolleybuses go all over the city – it’s easy to find one that will take you where you need to go. If you’re not sure which bus to take, search your route on online beforehand or ask at reception at school. You can also check the destinations of the buses at each bus stop.
The nearest bus stop to school is called ulitsa Zhukovskogo, where buses number 3, 8 and 15 stop. 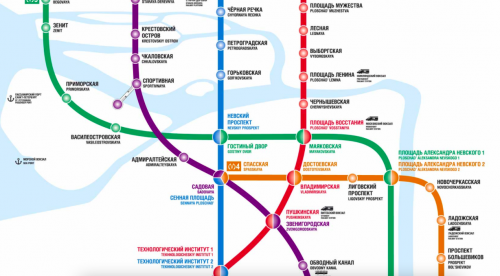 The metro in St Petersburg

Paying for your journey

Whenever you make a journey on public transport, you will pay only for the trip you are making – there’s no need to worry about asking for a return ticket. All journeys also cost the same, so you won’t need to inform anyone where you’re getting off the bus, tram or metro.

Trams, trolleybuses and buses (RUB 55 or RUB 38 with Podorozhnik)

To pay by cash, approach the conductor and hand over your money. Each journey on a normal city bus is 55 roubles (at time of writing), so make sure you have coins or a 50- or 100-rouble note with you to pay
To pay by card, tap your card or phone against one of the orange boxes (you’ll see one of these when you get on the bus). Just like with a Podorozhnik, you don’t need to ‘tap out’ again when you leave the tram or bus.
To pay by Podorozhnik, simply tap your Podorozhnik against one of the orange boxes on the bus. A conductor may ask to scan your Podorozhnik once you’re sitting down – don’t worry, they’re not trying to make you pay twice, they’re simply checking you’ve already paid for the journey.

To buy a ticket, go up to a ticket machine (you can pay by cash or card here) and simply put your money into the machine. Press the button on the left to receive a token (it looks like a small coin). You can use this at the turnstile in to the metro to enter.
To pay by Podorozhnik, tap your transport card at the turnstile.

Remember! Whether you’ve used a debit card or a Podorozhnik, you don’t need to ‘tap out’ with your card again once you’ve finished your journey.

You may not have heard of a ‘Marshrutka’ before – I certainly hadn’t! In Russia, a marshrutka is a bit like a cross between a taxi and a bus. Each Marshrutka has its own number, route and different stops, just like a bus. To board a marshrutka, you need to find a set stop along its rout. However, the difference with a marshrutka is that you can ask the driver to drop you off anywhere along the set route, not just at the specific stops.
Journeys cost around 45P. You can of course get off at a set stop, but if you need to ask the driver to stop, just shout Остановите, пожалуйста! (English: Stop, please!). The driver will stop at the nearest convenient place. 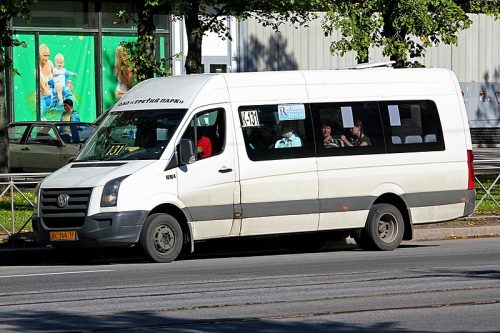 What else do I need to bear in mind when travelling on public transport?

Closing times: In general, the metro runs daily from around 5.30am until 1am, but connections between lines close around 00.15am. Some stations might close slightly earlier or later – if you know that you will be needing a specific station at a specific time, it’s always a good idea to check the timetable.
○ On special holidays (for example Scarlett Sails) the metro sometimes stays open all night – but this is quite rare, so it’s always best to ask a member of staff at the metro if you’re not sure.
○ Trams, busses and trolleybuses run until about 11pm, and marshrutkas run until 12am.

Metro station names: Confusingly, where a metro line interchanges with a different colour metro line, there will be two different names for the same station. This has no effect on your journey and doesn’t mean that you have to leave the station you’re already in to find your next metro! 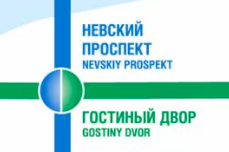 Nevskiy Prospekt and Gostiny Dvor are actually the same station, despite their different names

Timetables: As in any city, sometimes public transport doesn’t run exactly to schedule. You might find yourself waiting a bit longer at the bus stop than you had hoped, despite your phone telling you that your bus should have arrived 5 minutes ago. If this happens to you, it’s best to wait a little before completely giving up – the traffic can often be very heavy, especially at peak times. If you’ve been waiting for more than 15 minutes, though, you might want to consider an alternative route home.

Bridges: In St Petersburg, the bridges in the city open and close at different times. If you’re out late, you might find that your bridge has already ‘opened’, meaning you can no longer walk across it to get home – and a taxi won’t be able to get across it either! To avoid any nasty surprises, it’s best to check a bridge timetable in advance of your night out. However, don’t panic if you find that your local bridge has opened up and you’re on the wrong side of it. There’s always a way home, but if you’re ordering a taxi, the fare will probably be higher as your driver will have to drive a longer distance to find a bridge they can go across. Click here to check what time the bridges open and shut. 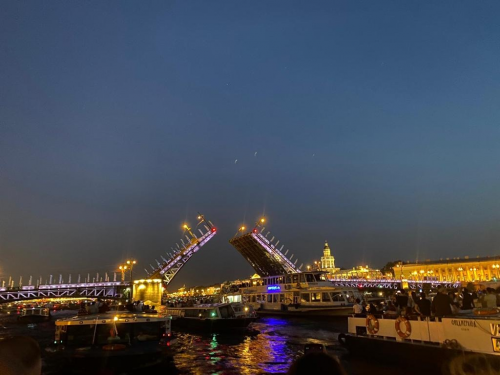 One of the bridges in St Petersburg opening at night

Remember, your phone can be really helpful when you’re in a new city – don’t forget to take advantage of apps like Google Maps and Citymapper.