How About a Visit To a Russian Circus? 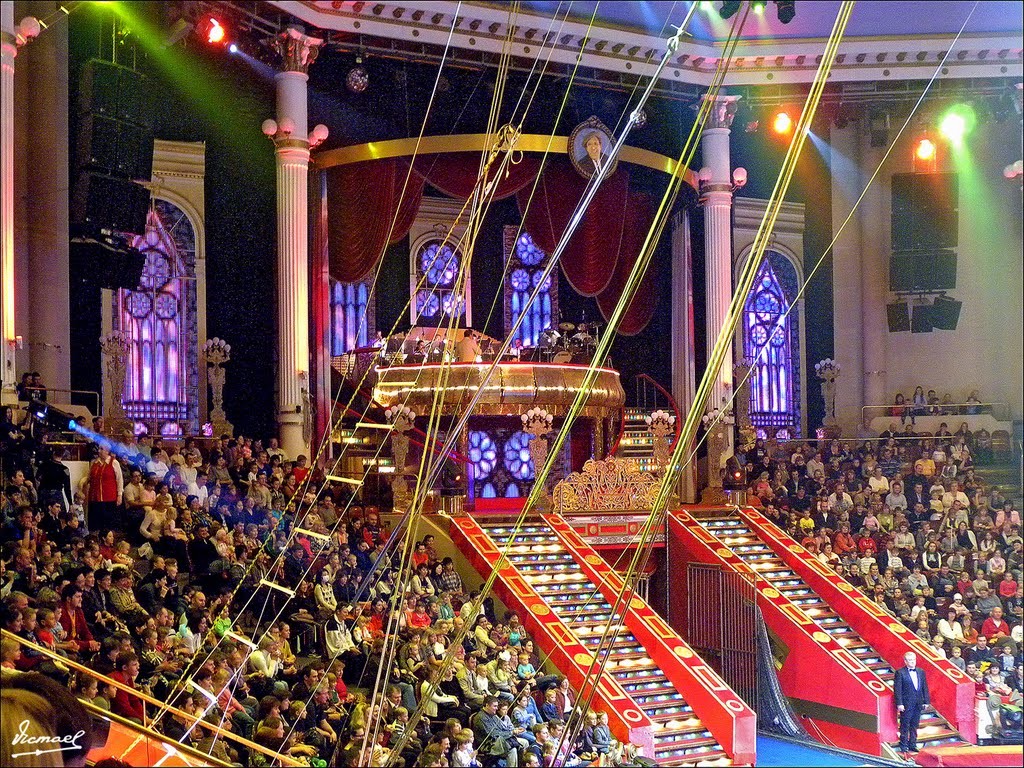 How About a Visit To a Russian Circus?

Circuses are an old and big tradition in Russia. Its roots go back to the fairs of the 17th century. The building of Moscow’s Nikulin Circus (МосковскийциркНикулина) was opened on 20th October 1880 and it belongs to the oldest circuses in Russia. It only consisted of five rows of seats, box seats, a dress circle, wooden unnumbered benches and a standing gallery. But from time to time the circus began to expand and today more than 2000 visitors can enjoy the spectacular show!

After the Russian revolution, the circus was nationalized and from then on it was the most prestigious circus in Russia! Firstly, the circus was famous for trick riding acts, but after some time an increasingly wide variety of performers joined the repertoire and later clowns became the stars of the show. In 1946 the clown studio was established and the best clowns of the Russian circus, such as Karandash, Oleg Popov and Yuri Nikulin, graduated from there. All acts are normally connected by a particular theme or narrative thread and there are always new attractions and shows.

Yuri Nikulin performed for many years and in 1983 he was named as Chief Producer and managed the circus for 15 years. Originally the circus was named after its founder Albert Salamonski, who was a famous international acrobat, dressage ride and animal trainer. But after Nikulin’s death in 1997, the circus has been re-named in honor of this beloved performer. A life-sized statue of him stands in front of the circus. Since 1997, Nikulin’s son has managed the circus.

It is said that Albert Salamonski has framed the first rouble which was paid for a ticket and that this ruble was hung up at the ticket office as good luck charm. And it worked! This circus is really worth it! You should not fear the Russian language, because the language of circus art does not need a translation.

Nikulin’s Circus is located in the North of Moscow’s city centre, near the boulevard and the metro stations Zwetnoi Boulevard and Trubnaja. In August performances take place each day, except for Tuesday, at 7 o’clock p.m. and on Saturday there is an extra show at 2:30 p.m.