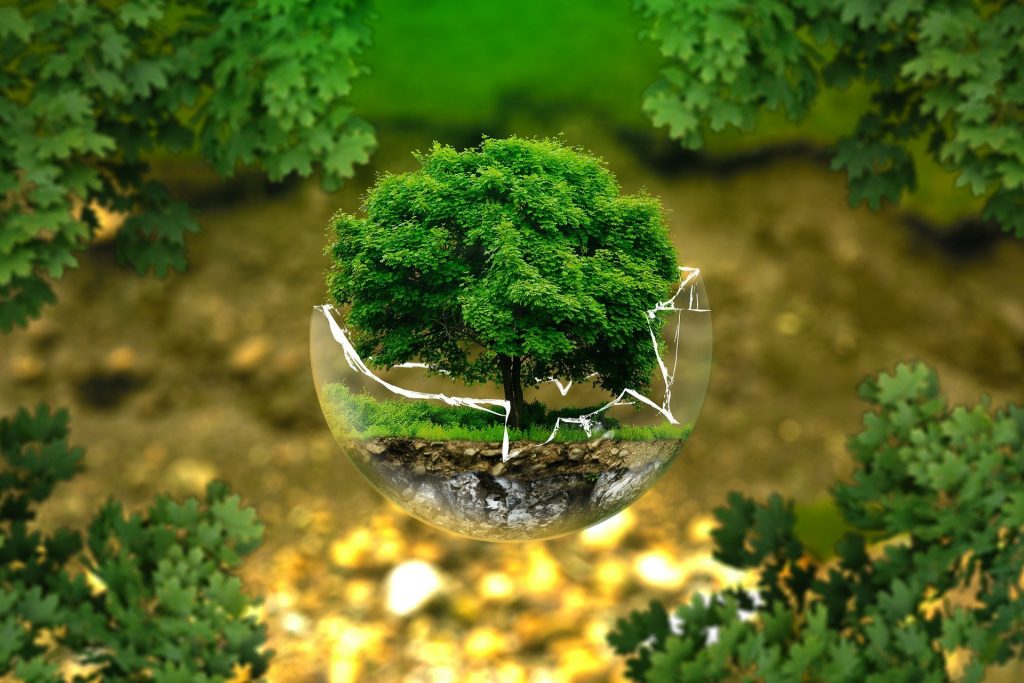 The other day, I took a trip to Sevkabel port to see a new exhibition, called ‘Hydra’. To get there I took the trolleybus from Ploshad Vosstaniya (10 minutes from Liden & Denz) – once on the bus the journey took about 25 minutes. The exhibition opened just over a month ago (September 11th 2021), and lasts for four months (until January 31st 2022), so now is the time to go!

The exhibition is described as New Media Art in the Context of Eco-Anxiety, and aims to demonstrate the current issues and concerns relating to the environment through the medium of modern art and science. The curators (Olga Vad and Lydia Gumenyuk), have coordinated the work of both international and local artists who explore and attempt to represent environmental issues. One of the key focuses is how humans influence our surrounding world and the transformations which the environment has undergone as a result. The introductory information compares mankind’s actions to a natural disaster, as well as questioning whether we have the capacity to rectify the situation. Alongside the exhibition, there are talks, screenings and performances to accompany it.

The top bits to make sure you see…

One of the first parts which I saw when entering was Simulations. This project explores the potential to replace nature with the technology which humankind has created. Simulations is described as a speculation on the future, reflecting on the conditions of the planet in the future (and whether humans will even feature). A dome-shaped room presents a replication of the artist’s imagination of future conditions.

My favourite part of the exhibition was the Deep Meditations. It is by Memo Akten, an artist, musician and computer scientist. This project aims to represent the relationship between natural phenomena and human rituals. The artist also wanted to explore whether we can teach machine intelligence subjective human concepts. Here, two deep neural networks generate meditative, evolving images and installation sounds. The room is dark, with cushions on the floor to lie on, in order to see the images, lights and sounds projected across the ceiling. The room was therefore both relaxing and captivating. 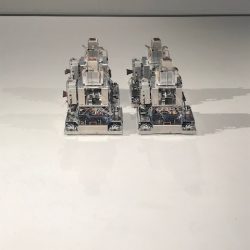 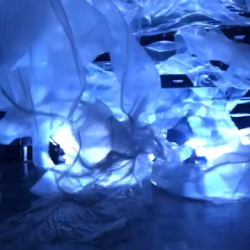 These robots (in the middle picture) are controlled by mushrooms, but unfortunately the creation was unsuccessful, since the mushrooms could not provide sufficient energy to sustain the robots. This project is therefore experimental, and under construction, since the artists are trying to work on increasing the charge capacity.

So, for anyone interested in the environment, modern art or technology, I would recommend this exhibition. The range of projects provide interesting insight into the ways we can express our feelings towards nature, and the relationship between humans and the surrounding world. As an increasingly relevant topic, the modern, futuristic nature of this exhibition seemed apt, and was different to anything I had seen before.