christina.weninger
This Day in History
847
history, naval hero, this day in history 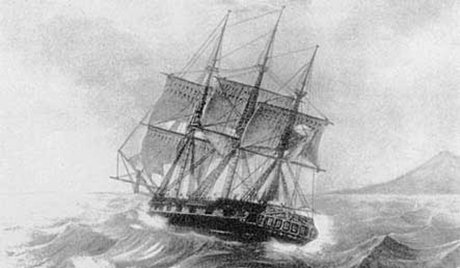 On the 7th of August in 1803, Ivan Kruzenstern led the first Russian round-the-world expedition.

Ivan Kruzenstern was a Baltic-German admiral and explorer. In 1787, he joined the Russian imperial navy and served in the war against Sweden from 1789-1790. After that, he studied seamanship in England and took part in battling French ships. When he returned home to Russia, he presented a paper pointing out advantages of direct trade routes between Russian ports in the Baltic and Alaska. He said that these routes would “awaken Russian trade”.

Czar Alexander I appointed Kruzenstern as the leader of the exploration of these trading routes. The exploration had other goals as well, such as the establishment of trade with China and Japan, the facilitation of trade in South America and the examination of North America for a possible colony.

On the 7th of August in 1803, the ships “Nadezhda” (which means hope in Russian) and “Neva” (named after the river in Saint Petersburg) set sail from Kronstadt. They rounded the Cape Horn of South America, reached the Northern Pacific Ocean and in August 1806 they returned via the Cape of Good Hope at South Africa.

Kruzenstern made maps of his geographical discoveries and he also wrote the three-volume “Trip around the World”, which was published in Saint Petersburg in 1810. A part of his scientific work consisted of an atlas of the Pacific. It was published in 1827.

The spaniel of Kruzenstern accompanied him on his travels. A tradition for everyone was to pet the dog’s ears before departure. They believed that this would lead every journey to a happy ending.

There are thirteen geographical locations all over the world which are named after Kruzenstern! In 1869, they decided to erect a monument to the navigator in St. Petersburg.