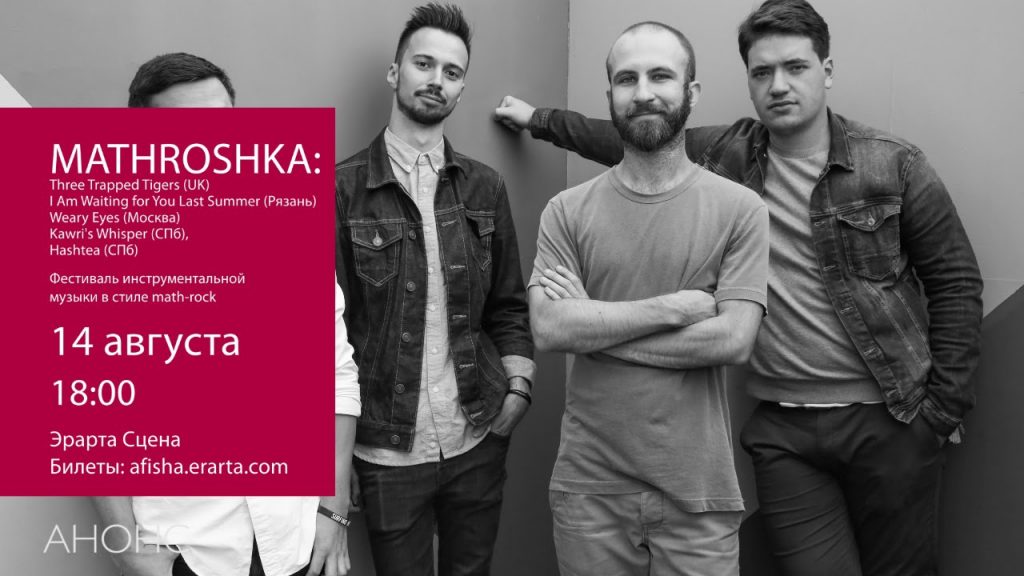 For many visitors to the city, the St. Petersburg stage brings to mind the opulent operas and ballet halls of the Mariinsky and Mikhailovsky theatres…

But there is also a vibrant scene of alternative, experimental live music, as exemplified this weekend by two electronic music events at Erarta.

Since opening in 2010, Erarta has been gaining a global reputation as a contemporary art venue, but their remit for the ‘arts’ is in fact much broader than visual culture. Their 800-capacity music venue boasts a constantly updated programme of impressively eclectic, left-of-centre sound artists.

This weekend is a case in point with two great events. On Friday, ‘Skalpel’ aka Marcin Cichy and Igor Pudlo, the millennial DJs and producers credited with putting Poland on the electronic music map, are performing. Their new album “Transit” features ambient, swing, latin, cinematic, trip-hop, easy-listening, broken beat in a truly international blend. It has been two years in the making, the result of digging through samples of old Polish jazz records to ‘resurrect the dusty and smoky spirit of Polish jazz of 60s and 70s, reimagining it for 21st century audiophiles.’

On Sunday the Erarta stage is hosting the Mathroshka festival of instrumental music. First held in Moscow last year, this year’s festival features five acts united by their musical style of ‘math rock’, described as being ‘typically characterized with complex rhythmic structure, atypical dynamics, sharp and often inharmonious riffs. The style, however, has deep roots, from avant-garde jazz and progressive rock to punk-hardcore, post-rock, emo, funk, and even IDM. The festival features bands playing beyond patterns and clichés, and pushing the usual boundaries of sound perception.’

The performers are an international array formed on the ruins of many bands, including London-based collective Three Trapped Tigers, a trio blending improvisation and electronica inspired by the likes of Aphex Twin, currently touring their sophomore album, 2016’s Silent Earthling. They are joined by the ambient electronics of Ryazan’s I Am Waiting For You Last Summer, who have already been featured on blockbuster soundtracks including “X-Men: Days of Future Past”. Weary Eyes is a capo-addicted instrumental quartet from Moscow playing alongside Kawri’s Whisper, the Smolensk-founded progressive instrumentalist. Last on the lineup is Hashtea, a prog-rock band is inspired by the beauty of northern nature and unique romance of their hometown St. Petersburg.

Tickets can be bought here.

This blog was brought to you by Kamila, student and intern at Liden and Denz St. Petersburg