St Petersburg Metro – Why are you so beautiful? 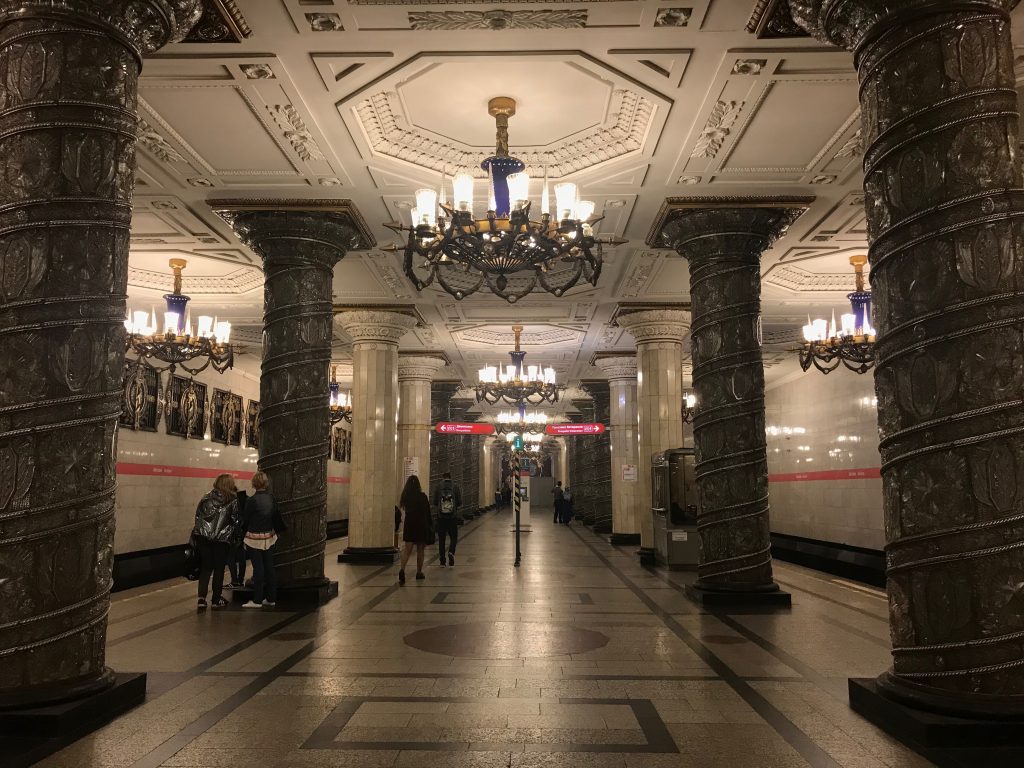 It’s certainly one of the first things you read about while searching the internet to get an overview before you travel to St Petersburg. And as I had already heard from so many people about the astonishing and wonderful metro stations, I wanted to write about the history and the characteristics of the Saint Petersburg metro and why it is really worth visiting it, even if you don’t need to take it. I will also give you some useful vocabulary that you can rush through St Petersburg metro like a local with, so you won’t get lost.

History of the Metro

The Saint Petersburg metro, called the “Leningrad metro” during the Soviet times, does not only have wonderful stations with marble columns, frescos and beautiful chandeliers – the metro system itself has a very unique history. Since Saint Petersburg is built on very soft ground, the stations are located more than 100 meters deep. The first metro line in Saint Petersburg  was planned to be opened around 1935, but due to the wars and their consequences, the opening was delayed. Then, finally, in 1955, the first line was opened between the stations “Автово“ and “Площадь Восстания”. Watch out for the big, heavy gates at the entrances to the stations. Many stations are dedicated to the Soviet times, victories of WWII and famous Russian figures. 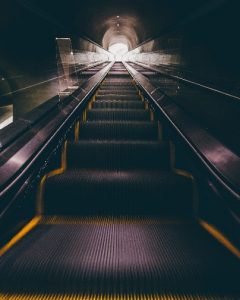 St Petersburg does not have the best terrain to build a metro. The city is built on marshland. This makes the ground very unstable. That’s the reason why the metro stations are located so deep, with an average depth of 60 to 70 meters. If you are in a hurry, note that you may need two or three minutes with the escalator to reach the platform. Since its opening in 2011, the station „Адмиралтейская“ is one of the deepest worldwide (105m). Since it is very difficult to build an escalator longer than 125 m, it was decided to install one long and a second short escalator to reach the station.

The underground system of Saint Petersburg consists of five lines and 67 Stations (marked with a big “M” in the color of the line). The whole system length is 113 kilometers. Especially the stations with their typical soviet designs and breathtaking artwork are a must-see for every tourist. The metro stations on line 1 are probably the ones most worth seeing – if you are standing down there it doesn’t feel like you are at a metro station, if feels more like you are standing in front of a work of art. Locals also used to call them the “Palaces of the People”. Another interesting fact about the metro is that at some stations you don’t see the tracks and the trains. The platforms and the tracks are separated through a wall, which only has doors at the spots where the metro opens its doors at the station. This improves the security at the metro, because it protects people from falling onto the tracks.

Please be aware of three rules: Don’t smoke, drink alcohol, or take pictures with flash! The price for one metro ride is 40,00 Rubles, which is not very expensive. For interested people I recommend a guided tour through the magnificent metro stations, where you can visit and get specific information about the most interesting stations. Check out the events calendar on our website to see when the next metro tours are offered. More information about the metro map, actual price lists and opening hours can be found here.