Objects from the CCCP 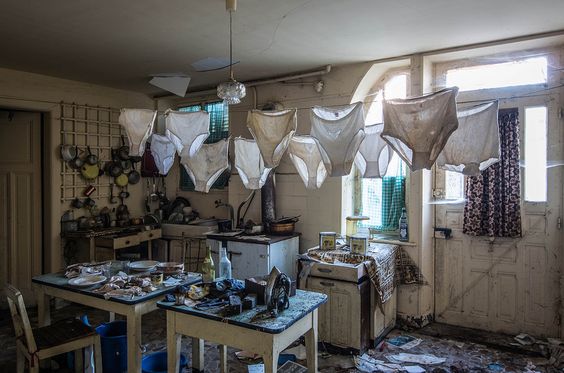 Why do you study Russian? To those who ask me, I always give the same answer: it’s hard not to be fascinated by this country’s culture and history, which for a Westerner such as myself feels at the same time both curiously familiar and wonderfully other. This is similarly the case for Gian Piero Pirretto, who in his book “The private life of Soviet objects” tells us the story of many everyday objects in the time of URSS. Here you will find some of my favourites. 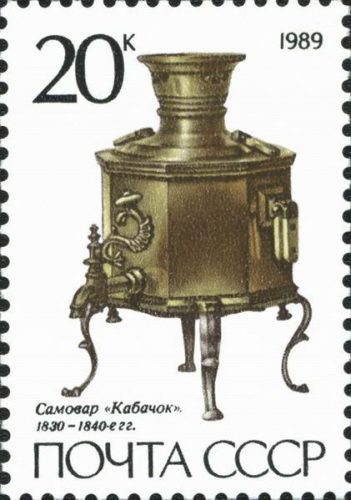 First of all, let’s clear up any confusion – the samovar, one of the most emblematic symbols of Russian culture, is not a teapot. The object is designed exclusively for boiling and, afterwards, keeping the water warm. Hence his name “сам варит” which literally means “boiling on its own”. Many may not know, but aside from vodka Russians also have a historical reputation as prolific tea-drinkers. If you’ve ever been yourself you may well have heard the question “Вам по крепче или по слабе?” (do you prefer it strong or light), generally asked the guest to whom tea is being offered. Since the Russians are also well-known for their hospitality, the samovar was generally kept warm so as to guarantee a constant supply of boiling water for them, as well as for their guests.

First appearing in 1778 in Tula, samovar fell into disgrace during the first years after the October Revolution. Its charge of intimate, familiar, at times even noble significance made it seem outdated in the eyes of the Bolsheviks and even at odds with the rhythms and times of the new Soviet world. It is no coincidence, then, that the object, with its connotations of a now symbolically distant past, appeared in many posters of the early 1920s as a bearer of backwardness. It was later Stalin, who, in what can be described as a time of “consolidated” socialism, decided to recover objects that before the revolution was considered of common use, among which the samovar was one. The latter, together with goods such as cars and gramophones, started being used as a gift, offered only to the country’s highest officials. This only further consolidated its function, as it was in the past, as a true actor of social relations. 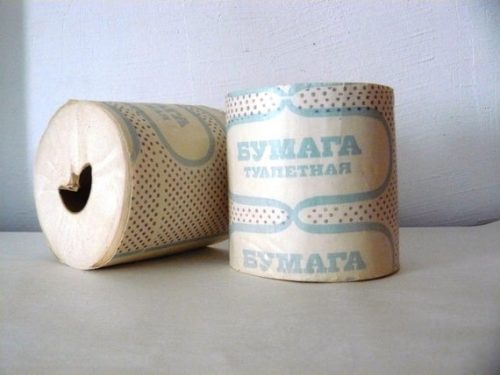 To some people, the fact that an item such as toilet paper appears on the list of the most emblematic objects of the Soviet era may seem strange, but there is a reason why. Its status as a high-value commodity was actually conferred on it by the fact that this object belonged to the category of deficit products. State production reserved the much-coveted rolls for privileged distribution, such as for hotels and exclusive institutions, while other people had to sort themselves out. According to a very popular joke at the time, the shortage of toilet paper was thought to be actually due to the fact that the item was used in the докторская колбаса’s dough (doctor’s salami), a sort of salami with a very compact texture.

An asset is so precious and so scarce that sometimes it was the foreigners, stocking toilet paper up in their hotels, who then brought them to their Russian friends. Years after the collapse of the Soviet Union, and even today, small details still remind us that a political change does not necessarily equal to a shift that country’s values and traditions. Indeed even now if you happen to wander around museums, restaurants, and so on in times of need, it’s not that uncommon, once you reach the local public toilets, for one – yes, just one – roll to be exposed outside the booths. Needless to say, best use it sparingly! 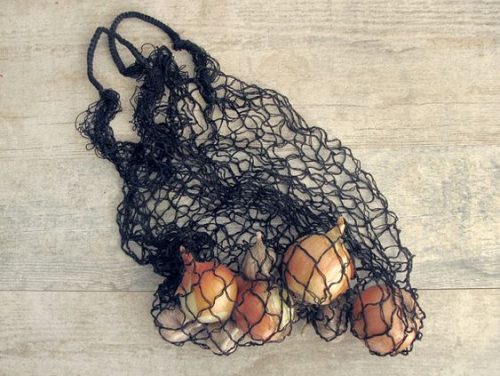 Another seemingly trivial object, the Soviet net bag holds a remarkable past. It is said that it was a Czech entrepreneur to first have designed them, who, given the drop in demand for the hair grids he produced, decided to apply two handles and turn them into bags. During the time of socialism, this item became the emblem of products’ unavailability, immense queues, but also, at the same time, a symbol of need and the ability to get by and always be ready for the unexpected. Hence his nickname “авос” “God willing” combined with the emphatic-reinforcing particle “ка”. As to say, “God willing I’ll come back home with my bag full of products tonight”.

The supply difficulties in those years, as mentioned above with regard to toilet paper, were many. It should also be added that no plastic bags or other containers were available in Soviet shops, making the famous net bag the symbol of an era. The few plastic bags available were in fact washed and reused, or even resold on the black market as objects of value. So there was no alternative for food products: either you came with a bag or you had to fill the pockets of your coat. Moreover, given its transparency, the bag offered no privacy of any kind and along the way, it was quite common for other people to stop you and ask “Где вы достали?”, literally where did you collect it. During the Soviet era the verb “купить” “to buy” was often replaced by “достать” “to collect”, synonymous with fatigue and industrious effort to get the things you needed. 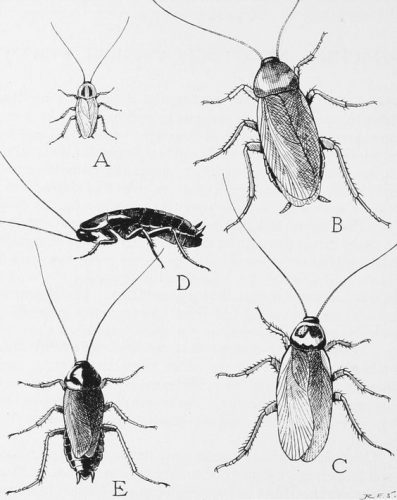 Here is another case of “object” far from being confined to Soviet Russia. Where, then, lies its specificity? For Russia, the cockroach assumes an almost mythical value: a symbol of the impossibility of getting rid of it, on the one hand, but also of that chaotic and disorderly intimacy, characteristic of many common living spaces. What’s more, the Soviet cockroach could be found everywhere, without distinction, from the proletarian intellectual’s studio to the farmer’s house.

An ever-present companion of the first nights of foreign students in the student homes, they could even be found in the much-vaunted tourist hotels. But it was not difficult to get used to them. Indeed, the caretakers of the student homes would often suggest the following trick: if you left the light on when you went out in the evening (the cost of electricity was very low at the time) and only turned it off when you returned, no unwelcome guests would dare come out of their hiding place. With the lights off, then, the rule was to simply avoid getting out of bed barefoot until dawn. 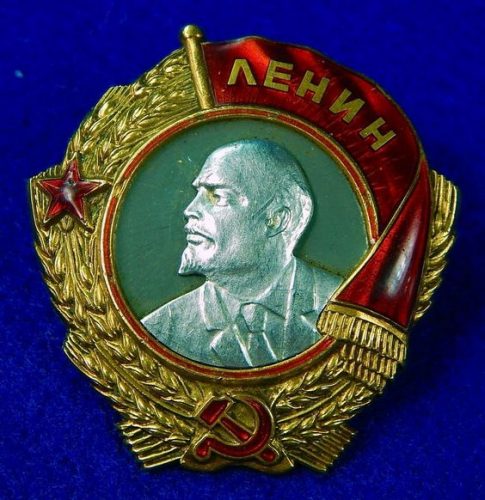 How many of us, at least once, and especially after a stroll in Udelnaya, didn’t come back from our stay in Russia loaded with Soviet badges to distribute to family and friends as souvenirs. Another symbol of an era, the most important badges were undoubtedly the political ones: from the token of belonging to some institution (pioneers, Komsomol, etc..) to those commemorating meetings, sporting or political events. These, for the most part, could not be bought, they were only given to those entitled to them. There were, however, also those that, for a few kopecks, could be bought in kiosks, giving an idea of the degree of importance this simple tin object had reached in the eyes of the Soviets. Everything could, sooner or later, be found on a tin brooch to be attached to your coat, sleeve, hat. Lenin alone, for example, dominated the ranking: from his childhood images to the many iconographic representations.

Another matter concerns medals and real honours. In the years of Stalinism, there was a proliferation of awards, decorations and honorary titles. From the most magniloquent, as an order of Lenin, Hero of the Soviet Union etc., to the simple badge obtained as the result of the participation in socialist competitions or to the daily party convention. As the famous song goes, “Если отечество спросит, любой может стать здесь героем” (“If the homeland asks for it, anyone can become a hero here”).