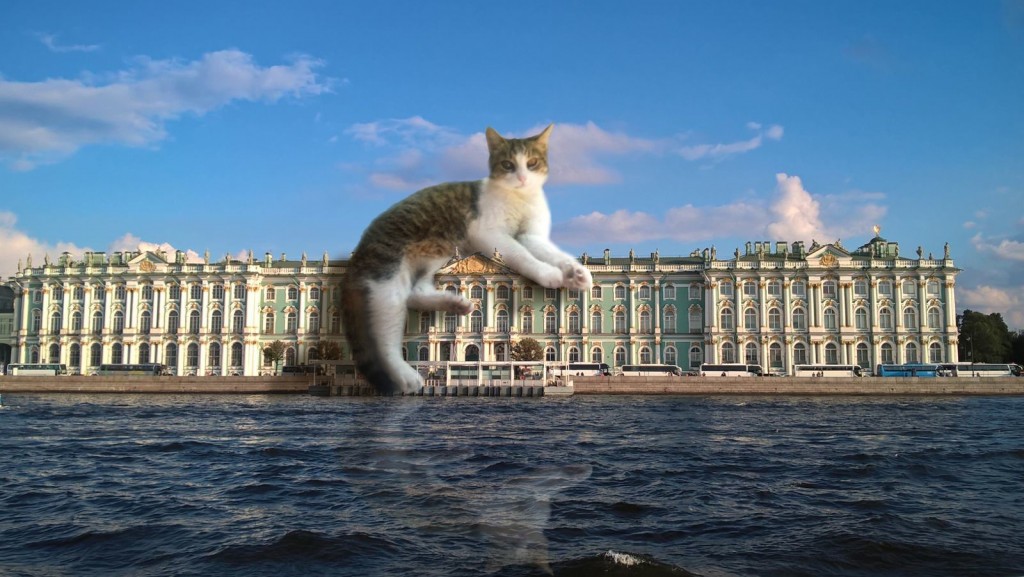 Have you ever wished to live in the beautiful and majestic Hermitage? Well, there are over 50 cats living your dream. Some are chilling in the inner courtyard while others sneak around the baroque walls and disappear in the courts which are closed for visitors. Although many people think that these kittens are tolerated strays as soon as they see them, they are actually official residents of the world-famous Winter Palace.

The employees of the museum affectionately take care of the cuddlesome mousers. The security staff feeds them, prepares toys and blankets and gets financially supported by animal welfare groups. Even though all the animals are immediately sterilized, the number of Palace cats increases on a weekly basis due to locals who bring small cats to the Hermitage, hoping that the staff will take care of them. Unfortunately there is not enough food and space for all of them, so the Hermitage employees invented an annual celebration where they look for a caring home for young and family friendly cats outside the museum. And it works well – Visitors are queuing up in order to adopt one of the palace cats and see them in their extraordinary living space.

But the four-legged friends used to have a bigger purpose. In 1727 Katherina II gave the order to bring cats with a disposition for hunting to the palace in order to reduce the amount of mice and rats scurrying through the royal chambers.

Nowadays their main purpose is not hunting, but rather they represent a cute and cuddly relic of the Russian Baroque. According to the Dutch artist Erik van Lieshout, who spent over 9 months with the furry housemates while preparing an installation, the cats are the “soul of the building and an important part of the subculture.”