Russian History of Art – an overview 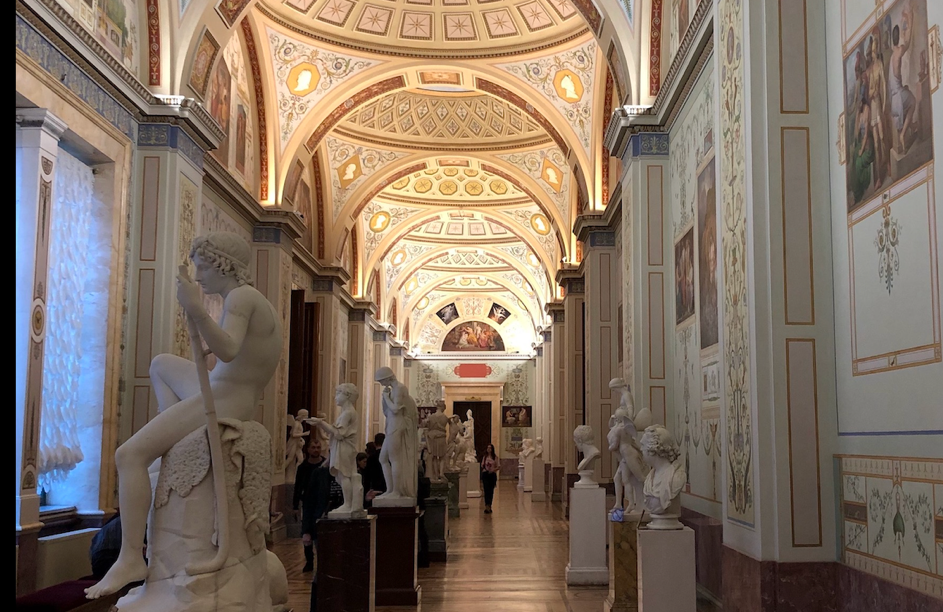 Not many places in the world are as rich in History and culture as St. Petersburg is. If we all can’t wait to go back to one of its many museums, we can use our free time in quarantine to prepare our visits, so can enjoy our upcoming visits even more…so here is an overview of the Russian Art History.

By the end of the 1st century, Russia went through a drastic change with the switch from pagan religion to Christianity. This change led to the creation of the first Icons, which will dominate Russian Art during many centuries. Icons are representations of religious figures and scenes on a flattened perspective, with colors as gold and shades of blue. They are very common to the Eastern Orthodox Christianity. One of its most famous painters is Andrei Rublev (1360-1430), and here is one of his works:

From the 17th century on, the tradition of the Icons was still the main influence in Russian Art. However, it has been given a new perspective through the influence of Simon Ushakov (1626-1686), which used the style of the Icon to represent scenes different from those described in the Bible. Parallelly, the tsar Peter the Great came to power (1672-1725), and his revolutionary mind gave Russia a great western influence, on the political side (as you can read in this article: https://lidenz.com/supercut-of-the-history-of-st-petersburg/), which is also palpable in the Art. Therefore, Neoclassicism, which was the leading movement at the time in Europe, became popular in Russia. Through artists like Anton Losenko (1737-1773) and Ivan Nikitin (1688-1741), themes like History, Greek and Roman mythology as well as events from the Bible were represented in a very European style, notably with neoclassical features.

The neoclassical movement, initially imported from Europe, fastly lost appeal. Indeed, being considered as too academical with too abstract themes, the Russian artists specialized in another movement: Realism. By representing more familiar scenes, artists like Shiskin (1832-1898), not only familiar themes were described, but also related to the dominant political and cultural themes. Therefore, paintings depicting the bears in a forest, and others showing the cruel death of Ivan Ivanovitch by his father the tsar Ivan the Terrible.

The 20th century is the time of the Russian Avant-Garde. The chaos coming from societal and political changes give the Russian artists a vague of inspiration. Contradictory ideas and controversies give this movement a great variety of subjects and interpretations. Therefore, if there is one word that could describe this movement, it is disorder and tragedy. From an almost exclusively esthetic vision of Art, the artists prefer to take a political position and express their ideas upon the new society that is growing. For this reason, freedom is the only rule the artists know: the creation of an office for museums and acquisition fonds let Russia be one of the first countries which exposes abstract art in such dimensions. Chagall. Lissitzky and malevitch are only three names among many which have been decisive in the Russian Art History.

Being born by the end of the 19th century, this movement withholds rather on very different themes from the avant-garde. Indeed, it focuses rather on the design and the shapes, using techniques of photomontage and new technology of the time.