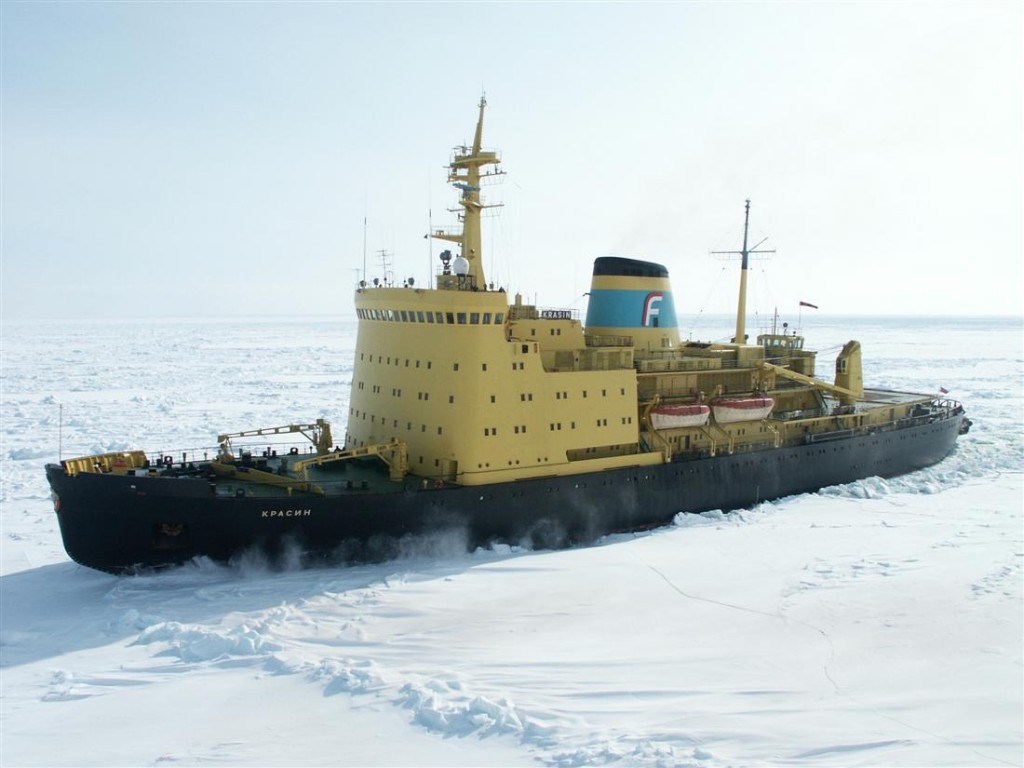 During this weekend Saint Petersburg holds Фестиваль Ледоколов 2015 (Icebreaker Festival 2015). This is the second year; the first festival in 2014 marked the 150-year anniversary of the ice-breaking operations in Saint Petersburg and 150 years since the shipbuilder Mikhail Britnev rebuilt the nose of one of his ships, adding a metal hull, and created the first icebreaker in Kronstadt. The Icebreaker Festival celebrates the sea glory of the North capital and the Russian fleet. Besides, this year it will be dedicated to the 70th anniversary of the victory in the Великой Отечественной войне (Great Patriotic War, during War World II).

The Icebreaker Festival will be held from 2nd to 3rd of May on набережная Лейтенанта Шмидта и Английская набережная (naberzhnaya Leitenanta Shmidta and Angliiskaya naberzhnaya ). Four icebreakers of the northwestern basin branch of the Federal State Unitary Enterprise «Росморпорт» (Rosmorport) will be moored on the embankments: «Москва» (Moskva), «Санкт-Петербург» (Sankt-Petersburg), «Иван Крузенштерн» (Ivan Krusenshtern), «Капитан Сорокин» (Kapitan Sorokin). Visitors and citizens will be given free access to the boats and the possibility of examining their equipment and ice breaking boat technologies.

On the first day, May 2, there will be the official opening of the festival and on both days, May 2,3, a concert program will take place at 12:00 with shows on the water. Besides, the program includes daily theatrical shows dedicated to the most dramatic events of the history of Arctic exploration and polar convoys. During the festival icebreakers excursions are organized until 18:00, while interactive installations will be accessible until 20:00.

The main attraction is the 1916 historical icebreaker Красин (Krasin) that the four icebreaker will join for the special event. Krasin has been active until 1971and is known as the most powerful icebreaker in the world for its many rescue expeditions, including the Italian expedition returning from the North Pole in 1928. Later the legendary icebreaker has been turn into a floating museum as part of the Музей миривого океана (Museum of the World Ocean).