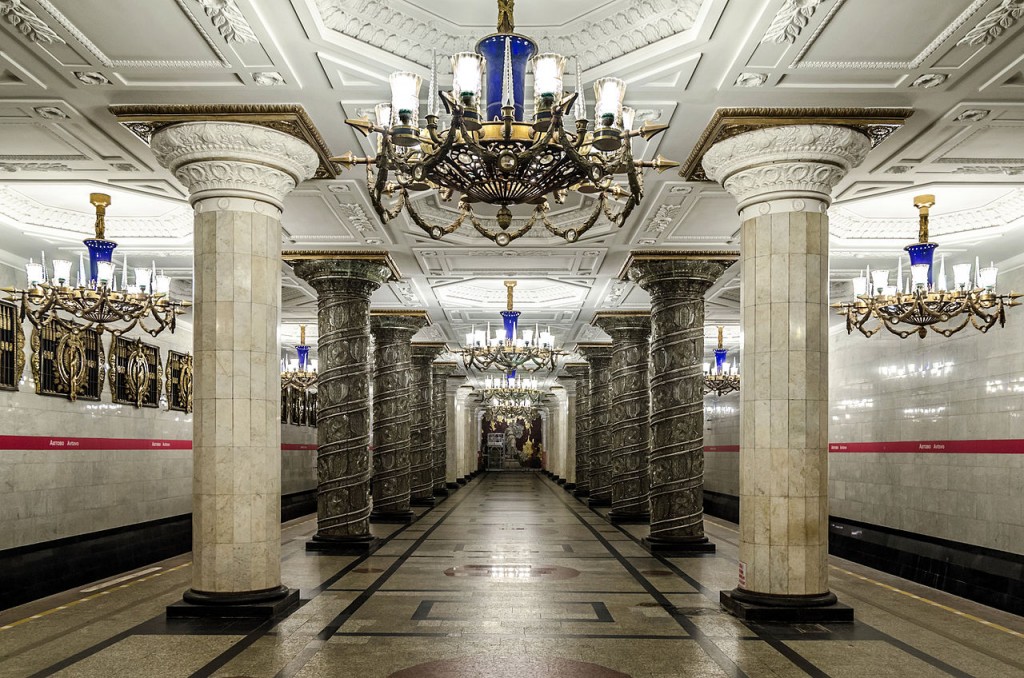 The first time you have taken it you must have thought: are these stairs ever going to end??

Well, Saint-Petersburg’s Metro is indeed one of the deepest metro systems in the world and the deepest by average depth by all of its stations. The reason for all this depth is two-fold. On one hand, digging deep in the ground meant minimising the disruption of the building on the surface. On the other hand, through the Cold War Era, the deep metro stations were meant to double as air raid shelter for the civilian population, should the city suffer an attack. Did you notice that some stations feature heavy slabs of steel placed under the pavement or along the walls in the walking points between the sidewalks and the escalator? They are, by all means, blast doors and in case of emergency they can be closed hermetically.

But depth and functionality are not all of it: how not to mention the beauty of the stations? Ploschad Vostania that looks like a Museum from the outside, Avtovo with its superbly decorated white marble columns and Dostoevskaya that recreates the atmosphere of age when the great writer lived. And this is just to mention a few: Saint-Petersburg may not have the biggest metro (Moscow’s bigger) but it does have strong claims for the most beautiful.

I find that taking the metro in Saint-Petersburg is not only a very efficient, cheap and beautiful way around the city, but also a great occasion get a feeling of the people that inhabit this country and this city. Trying to be as discrete as possible, I like to to observe the people around me, how they look like, how they dress, how they behave towards each other. I like to try to guess what they do in life, or where they might be going to. There is much that you can learn about a place this way.

Take the stereotypical ‘Russian stern face’. If, as a foreigner, you have taken the metro in Russia, you must have noticed that Russians seldom smile while taking the underground. Some say that is because the Russians come from a history of hardship and this has embedded a sense of gravity in them. Others say that in Russia a smile is something a lot more personal and intimate than other parts of the world, and therefore many people feel that it should not be flashed too easily in public and, even less, to strangers. Having a few good Russian friends that are nothing but lighthearted and easy to laughter I personally like more the second. What do you think?