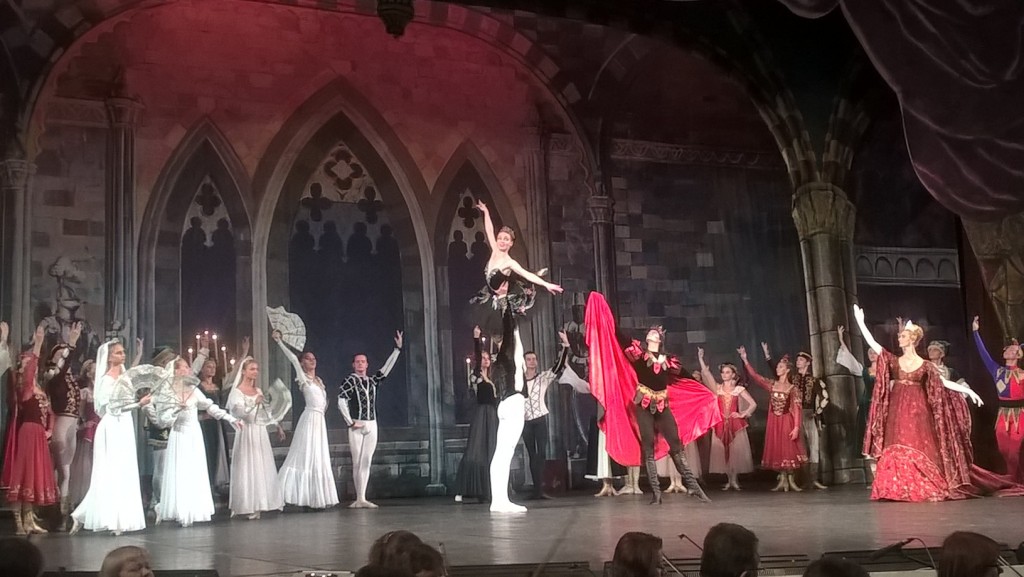 The Alexandrinsky Theatre is one of the most famous theaters in Russia. It was designed by the Italian architect Carlo Rossi and was officially opened on 31st August 1832. It was named after the german wife of tsar Nikolaus I. Alexandra Fjodorowna but in the Soviet area the name of the building was Pushkin theatre. Many premiers of Russian theater plays took place in the beautiful and impressive building. 2006 it got restored and it is now one of the most important parts of the UNESCO would heritage “Historical center of Saint Petersburg”.

After the premier of Swan Lake in Moscow Criticizes claimed that the musical piece is too complex for ballet and too symphonic. Besides its initial failure, nowadays Tschaikowski’s composition is one of the most popular of all ballets and enjoys worldwide recognition.

Usually Swan Lake consists out of 4 acts and it’s easier to understand them with a bit of background knowledge:

Act 1: Prince Siegfried celebrates his birthday with friends as his mother the queen tells him he has to choose a bride at the royal ball. The son is upset because he wants to marry because of love. Then they see a flock of swans flying overhead and the prince and his friends decide to go on a hunt the following day.

Act 2: Siegfried aims his bow at the swans as suddenly one of them turns into the beautiful woman Odette. She explains that the evil Van Rothbart casted a spell on her and that she only becomes human in the night at the lakeside.

Act 3: The guests arrive at the palace. There are 6 princesses and the queen hopes that Siegfried will chose one of them. The Van Rothbart appears with his daughter to Odile (the black swan). She is identical to Odette and Siegfried falls for the betrayal. The evil magician shows the prince a magical vision of Odette and the prince realizes that he made a mistake.

Act 4: There are many different versions for the ending….so you should see for yourself 😉