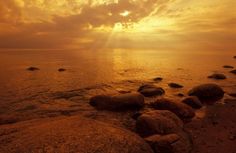 Among other places to visit in Latvia, I recommend you to find out more about this beautiful landscape, considered by newlyweds a marvelous place to exchange their wedding rings.

The white dune is in the Saulkrasti area, near the river Inčupe that drains into the Baltic Sea. You can also have a great landscape view from the Vidzemes coast, whose sandstone layer was formed 405–350 million years ago.

This natural preserve got its name from the white hardened sand layers similar to sandstone. Over the course of time the sand was compacted and, with the help of water, cemented by wind. The surrounding territory is landscaped and improved and slopes of the dune are consolidated. A watchtower and a sightseeing platform have been built on the top of the dune.

This is the place where such films of the Riga Film Studio as “Kā gulbji balti padebesi iet” and “Nauris” were shot. The roughly 3.5km long walking trail, called Sunset Trail, stretches from the White Dune up to the Pēterupe and it goes along the lower reaches of the Pēterupe between the river and the Riga–Tallinn motorway. When walking along the trail, you can see 20 secular pines as well as trees with unusual forms: for instance, pines whose branches are of the same length as the trunk and stretch parallel to the ground or are twisted in various twines.