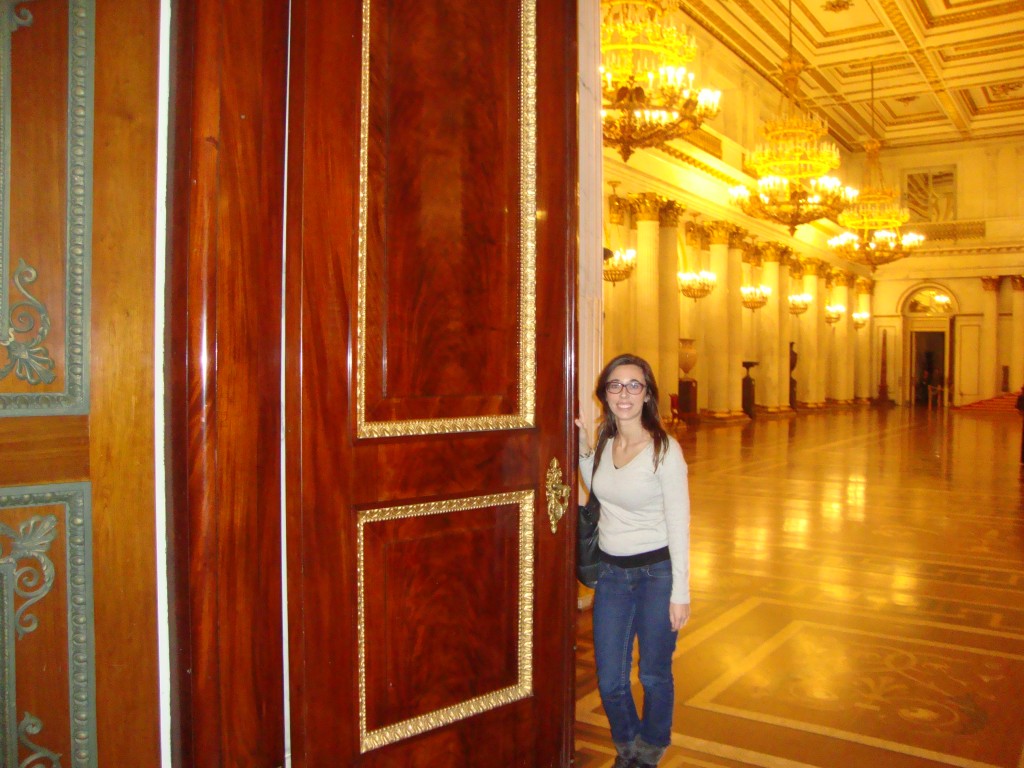 More than four weeks in Petersburg – when I booked my stay here, I thought it would be quite a long time, I was afraid and at the same time excited of coming here: I was alone, with a knowledge of Russian language based almost on my memories at the university, but with a great will to learn as much as possible about this country and its culture 🙂

I decided to arrive some days before the beginning of classes, so that I had enough free time to get acquainted with the city – if you can, I would reccomend it to you too: plan your stay so that you have a bit of time (a couple of days is enough) just to see where the next metro station is, which exit you should take.. The metro system for me now is easy and clear – but at the beginning I could simply not understand and every time when I got out of the metro, I was always in the wrong way!!

Then it all simply got it started: school, work, new friends, excursions, bars – “так пролетел целый месяц”, as I would say now in Russia, if I would express how these past four weeks  litterary flew. Every morning I had group lessons: a great thank you to my teachers Zlata and Dasha, they were simply amazing! Russian Language is difficult, but with them, it was always fun, and they always motivated me when I made mistakes and I thought that I could never remember that word that was so similar to another word with just a different prefix or accent.

At school, I immediately bonded with my fellow students: initially united only by our strong enthusiasm for Russia, we soon became friends and spent a lot of time together, even outside classes. We went to the theatre, we watched a ballet and an opera, we challenged ourselves and went to the cinema and watched a movie in Russian. It was really fun, and I was even surprised of how much “normal” Russian I could understand!
With my friends, we always spoke in Russian: it was really useful and interesting! Being students from different countries and with a different background of Russian knowledge, it was really funny that the Russian words that one could know were often instead easy for another and viceversa – so we could really help each other and we actually learned a lot from each other!

In the afternoon, working as an intern as Editorial Assistant, I also made my best to speak Russian with the staff, trying also to search materials for my articles in Russian: I had the opportunity to learn even more about Russian culture and I hope you have enjoyed all of it as I did. So, again, a big thanks to Olga who supervised and supported me during my work, and of course, a big thank you to my fellow interns James and Alex, who were always ready to help me whenever I had a doubt about a word in English!

So, my advice for all of you who are studying Russian: I know it is a difficult language, but do not give up! One thing it is to study Russian on books, another thing is to live Russian language every day! So once you get the chance to go to Russia, try to immerse as much as possible within its culture, do not be afraid or ashamed of mistakes and just speak Russian as often as possible – it is hard at the beginning, but trust me, it is really worth it and you will be proud of your results!