One of the Oldest Cities in Russia – Veliky Novgorod! 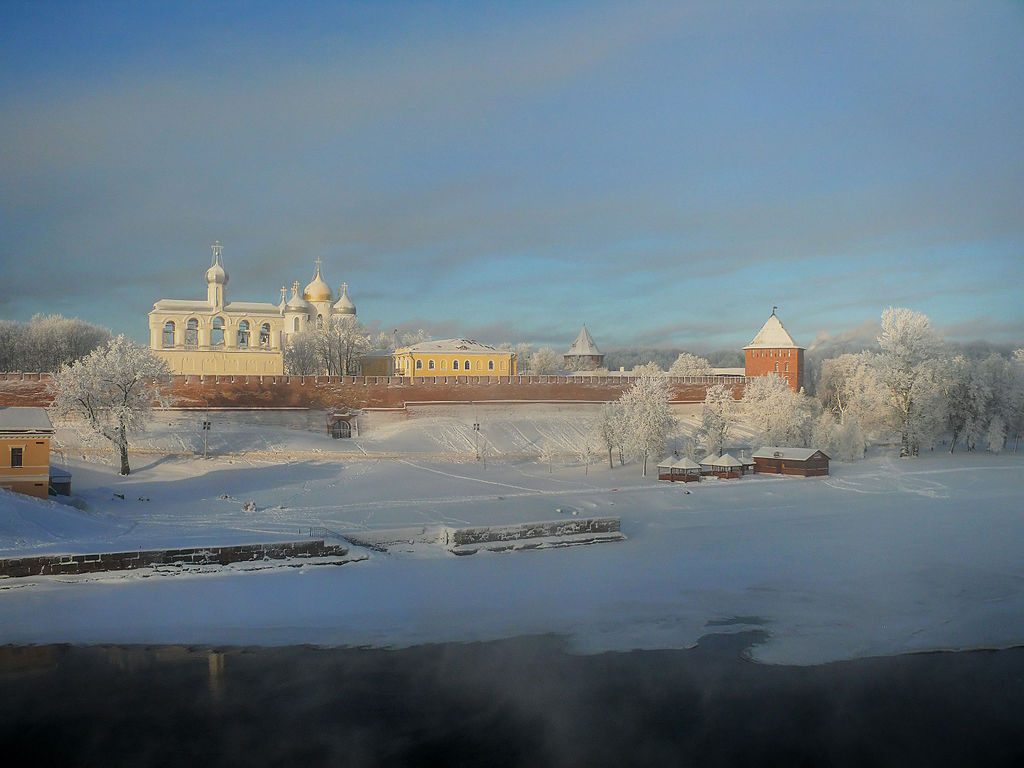 Last week we wanted to escape the urban jungle and decided to go to Veliky Novgorod. It’s one of the oldest cities in Russia with about 210000 residents and it is located 180km south-southeast from St. Petersburg. We went there by the train Lastochka (Ласточка) and it only took us about 2.5 hours. Our train left at 7:13 from Moskovskiy Voksal (МосковскйиВокзал) and we arrived in Veliky Novgorod at 9:54. So you can easily catch up on some sleep, as some of us did. And if you do not wake up in time to meet at the train station, as somebody of our group experienced it, you can return your tickets with a refund of 80% and buy tickets for the next train, which leaves an hour later.

Veliky Novgorod celebrated its existence of 1155 years in 2014. In 1992 UNESCO recognized Novgorod as a World Heritage Site. The city is located along the Volkhov River, which has its source in Lake Ilmen. There are a lot of interesting things you can visit in one day in Novgorod!

At first we went to the Kremlin, which is located 10 minutes by foot from the train station. A Kremlin is a major fortified central complex, which was only found in historic Russian cities. There are only eleven retained Kremlins in Russia, so Novgorod’s Kremlin is a must-do! In the Kremlin you have to go inside the Cathedral of St. Sophia (СоборСвятойСофии) and appreciate the magnificence. The Cathedral of St. Sophia is the second oldest retained church of Russian orthodox churches. You can also visit the bronze monument to the Millennium of Russia inside the Kremlin and the Yaroslav’s Court on the other site of Volkhov River. After some relaxation at Volkhov River we went to Jurjew Monastery (Юрьевмонастырь) by bus! It was very interesting to see beautiful Russian houses a bit outside of Novgorod. This Monastery is one of the oldest Monasteries in Russia. It is located near the outflow of Lake Ilmen which has a water area of 2000 km²! There you can enjoy a peaceful atmosphere and visit the Monastery free of charge.

Veliky Novgorod is a really beautiful city and if you want to see a very old Russian city, take the train and go to Novgorod! You can buy your tickets at any train station in St. Petersburg, which cost 800 rubles for the journey there and back. But do not confuse Veliky Novgorod with Nizhny Novgorod. The train always leaves at Moskovskiy Voksal. It is really insightful to visit a city which is not as much as big as St. Petersburg. Use the opportunity while you are here!