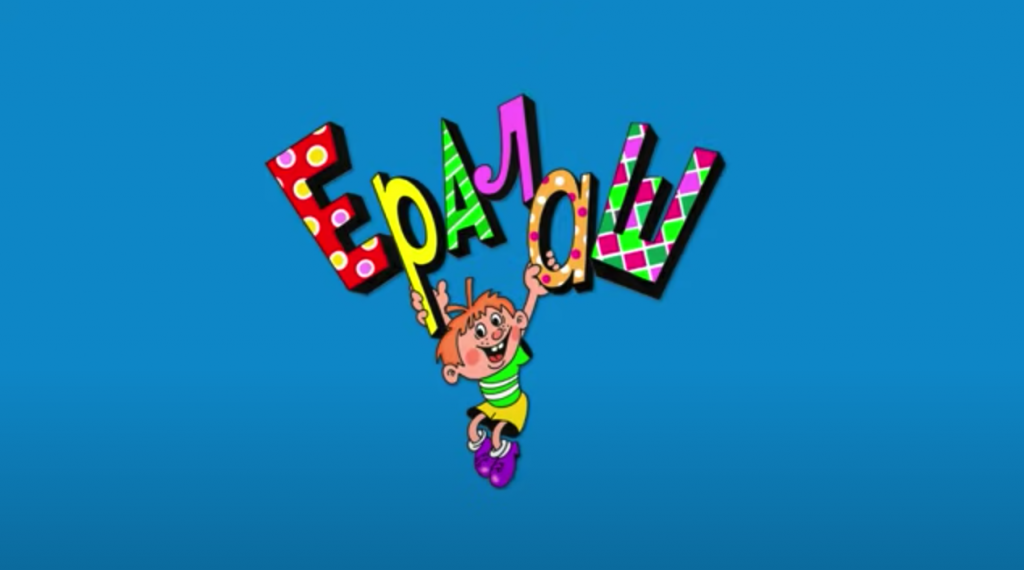 You might never have heard of Ералаш, or Yeralash (English: Mishmash), but in Russia, it is one of the best known children’s programmes. It has been running for over 45 years in Russia, and it recently made headlines after its creator, Boris Grachevsky, sadly passed away earlier this year. Yeralash, however, is perhaps one of the most fun and easy tools for learning a bit of Russian. Read on to find out a bit more about the show, why it can be useful for Russian learners, and where you can watch it!

Yeralash is a Russian language children’s TV series. It has been running for an extremely long time – since 1974, to be exact – and it is based on a very simple format. Each episode is around 2-4 minutes long, begins with a very short мультфильм (English: cartoon), and then launches into its storyline with real actors. One of the unusual aspects of Yeralash, however, is that almost all the actors are children, with storylines often set at school. Although adults do occasionally feature, the plotline entirely focusses on what the kids get up to! The plots are almost always funny and light-hearted, with the children often playing some sort of joke on each other or the adults. Some of the storylines are quite wacky, but they undoubtedly give the viewer a small insight into Russian culture, especially Russian school life. 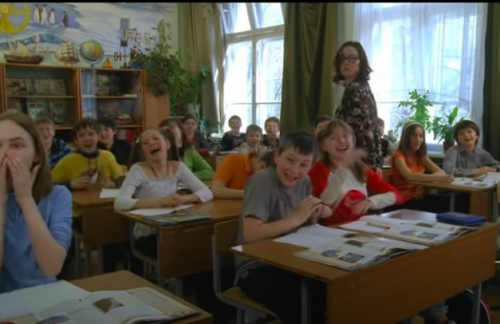 A still from a classroom scene in the Yeralash episode “Чёрная кошка” (English: Black cat)

How long has the show been running?

Yeralash began its run in 1974, when creators Boris Grachevsky and Alexander Khmelik decided they wanted to create a satirical program for children. Initially, Yeralash was played in cinemas before the feature film started, just like newsreels were. However, it gradually moved away from the big screen and began to be shown on TV from 1986. Since the early nineties, Yeralash has only been shown on television.

As the show has been running for such a long time, many of the original child actors from the series have already grown up – and many have gone on to become actors as adults!

Why is it good for learning Russian?

One of the great things about Yeralash is that it is fantastic for learning Russian (you might have even watched a few episodes already in your Liden & Denz classes!). As it is aimed at children, it uses fairly simple language that isn’t too difficult to understand, and the plotlines aren’t complex either. The episodes also rely heavily on visual cues to make jokes – you don’t need to understand every word that is spoken to get what’s going on. Even if you only know a few words of Russian, you’re almost guaranteed to get a laugh out of an episode. Furthermore, it’s a great show to watch if you’re short of time, as each episode is very short. Watching three episodes of Yeralash might only take up about six minutes of your time, but in those six minutes you will have had a great mini-exposure to both Russian culture and language!

Where can you watch Yeralash?

It’s easy to find Yeralash online as the majority of episodes are on the Yeralash YouTube channel. You certainly won’t have to worry about watching them all too quickly – to date, there are over 300 episodes! If you’re not sure where to start, you can always start right from the beginning, at episode №1, “Почему мы так говорим?” (English: Why are we talking like this?). In order to get a real taste of Russian culture, I would thoroughly recommend watching some of the older Yeralash episodes as well as the more recently filmed ones. By doing this, you’ll get a sense of Soviet culture as well as present-day Russia.

Interested in improving your Russian with some more Russian children’s programmes? Check out our article on 7 Great Russian Cartoons!