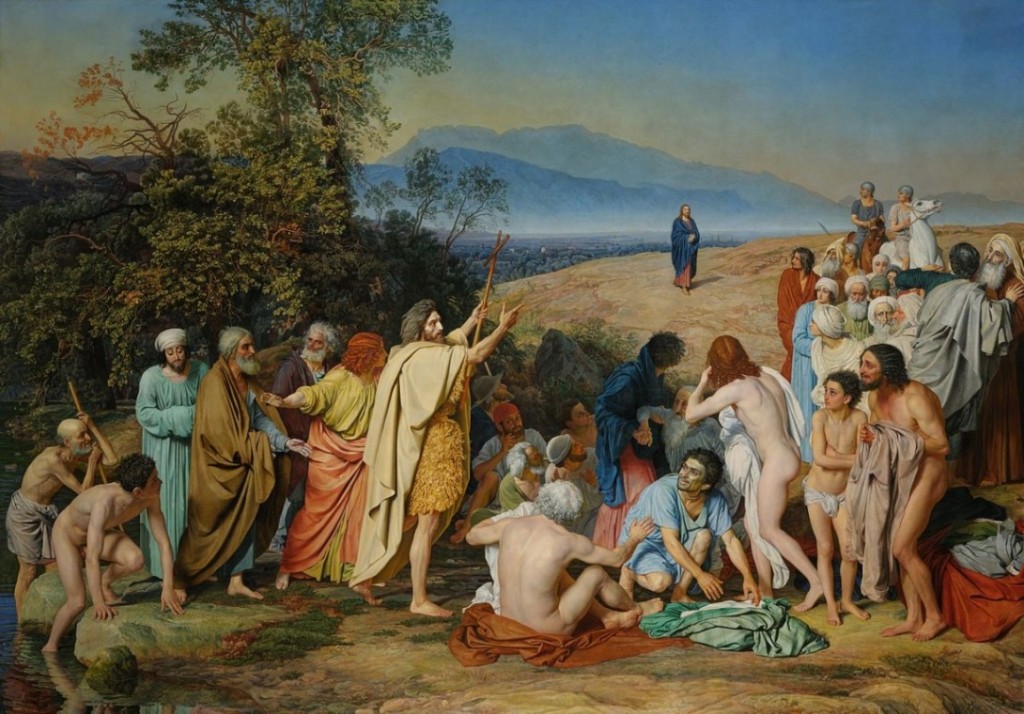 Третьяковская Галерея became the first public museum of national art, and one of the largest museums of Russian art in the world, welcoming around 2 800 visitors a day. Nowhere else will you be able to see such a comprehensive collection of Russian Art. The artworks were created by artists ranging from the 11th and the 20th century who have contributed to the history of Russian art.

Unlike what you might think, the museum appeals to both art lovers and those interested in learning more about Russian history and culture. However, whether you are one or the other, if you are not fluent in Russian, I would advise you to go on a guided tour or to get an audio guide. By this I mean that not everything is translated to English, which might have a negative affect on your experience at the Gallery. And that would be a shame.

I think it is important that I now share with you a few things I learned about the history behind this incredible gallery and its founder.

This Gallery was founded by Павел Михайлович Третьяков, a merchant and philanthropist of the 19th century better known for his “artistic sense, (…) his democratic beliefs, inner patriotic feeling, and a sense of responsibility for the national culture”. Третьяков was so involved, “he sponsored a number of artists, oftentimes acting as a source of encouragement to them, which turned him into a true co-author of their works”.

In the mid 19th century, the Третьяков family bought a house on Лаврушинский переулок, in the Замоскворечье District of Moscow. Soon after, Павел began to buy and collect paintings, and his passion for artwork grew bigger. Eventually, that same residence became the Gallery and, soon after, Третьяков realized he needed more space to have all the paintings, sculptures and graphics on display. And so, several annexing galleries were constructed and attached to the house over the years. In the early 20th century, the museum got its famous Васнецов façade, which was designed according to the drawings of Виктор Васнецов.

An entire room was built especially for the imposing painting by A.A Иванов (you can see a picture of it at the beginning of this post), “Явление Христа народу”, The Apparition of Christ to the People (width: 750cm, height: 540cm). So make sure you have it on your must-see checklist, because chances are you will not be able to see all +170 000 paintings, sculptures and graphics on display. I feel that it is not my place to tell you what you should see, as I might not have the same taste in art as you.  However, I will say that from early Russian religious paintings to modern art, you can pick and choose what excites you the most.

I encourage you to click here if you would like to go on a virtual tour of the museum to get a feeling of what you can’t miss. If you’re interested, take a look at the Google tour also: Google tour.

I hope you have the chance to visit the Третьяковская Галерея and tell us all about it!