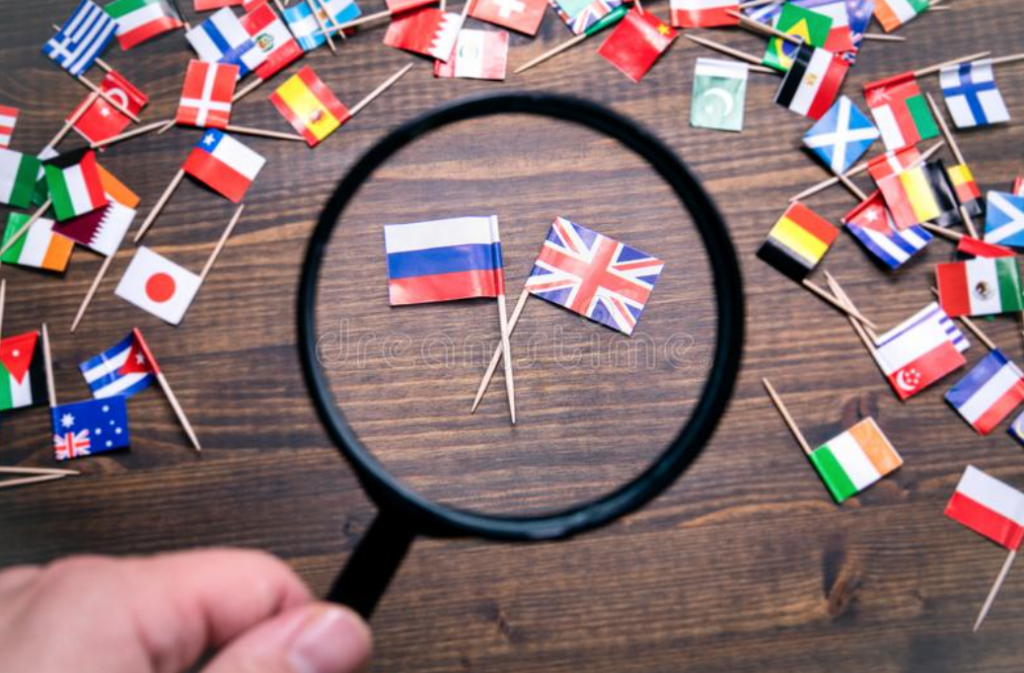 A close-fitting garment covering the whole head and neck except for parts of the face, typically made of wool.

Balaclavas get their name from their use at the Battle of Balaclava (a town near Sevastopol in the Crimea), which took place during the Crimean War of 1854. A significant number of British troops, refused any leniency in their official (and rather impractical) uniforms, froze to death in the perishing temperatures. This scandal elicited such outrage in Britain, that Brits began hand-knitting ‘balaclavas,’ which they sent out in packages to the front, in order to keep troops warm.

An astronaut from the former Soviet Union.

This term is a direct anglicism of the Russian word космонавт, deriving from the Greek kosmos (universe) and nautes (sailor). Up until 1961, several words were used to denote a ‘cosmonaut.’ It was only after Yuri Gagarin became the first human in space, in 1961, that the word cosmonaut was officially recognised. Today, ‘astronaut’ is far more commonly used in the English language, but ‘cosmonaut’ is an official word in the dictionary, which tends to imply a Soviet astronaut. Interestingly, whilst ‘cosmos’ means ‘universe,’ ‘astro’ means ‘star.’ 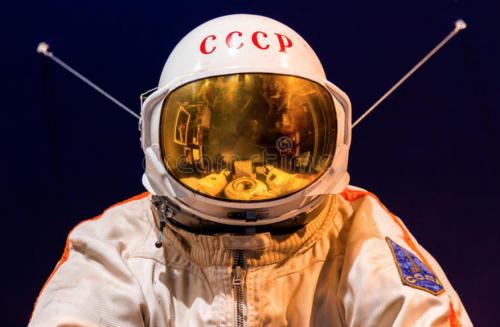 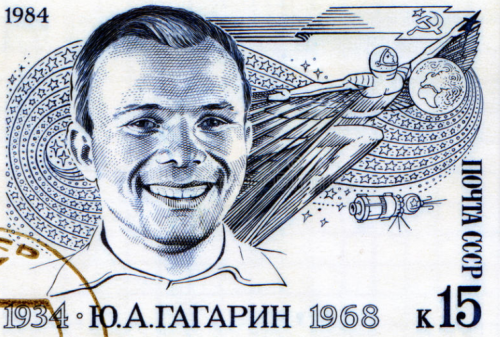 Yuri Gagarin became the first cosmonaut to travel into space, in 1961

A system of prison labour camps in the Soviet Union from 1930 to 1955, where many people died.

The word “Gulag” is an acronym for Glavnoe Upravlenie Lagerei, or Main Camp Administration. Whilst you might assume that the Gulag system was established by Stalin, it was in fact introduced in 1919 by Lenin as a progressive alternative to prison. It was under Stalin, however, that the Gulag system underwent massive expansion and that labour camps became the places of repression that they are remembered as today.

Intellectuals who form an artistic, social, or political vanguard or elite.

While it traces its origins to Latin, the word ‘intelligentsia’ only entered worldwide usage as a result of its Russian application. By the 1870s the term came to denote an entire social strata in Russian society: a group of people who were engaged in the cultural and educational spheres and believed that their higher purpose lay in shaping the culture and politics of their society.  Lenin was extremely critical of this social group, not considering them to conform to the true social classes laid out in Marxist ideology. In fact, he said that this group, who prided themselves on being the brains of the nation, were in fact ‘not brain, but dung’ (На деле это не мозг, а говно).

A flogging whip with a lash of leather thongs twisted with wire used (as in czarist Russia) for punishing criminals.

The English word ‘knout’ stems from the French transliteration of the Russian word кнут (knut). In Russia, the knout was historically used as a tool for corporal punishment, to flog the accused. The sentenced was usually tied to a wooden post, or a wooden triangle, stripped, and then lashed with a knout. The number of lashes was pre-determined according to the severity of the accused’s crime and too many could prove fatal. The Great Knout, in particular, with a handle about 24 inches long and which was soaked in milk and left to dry in the sun to make it even firmer, could be lethal if the accused was ascribed 20 lashes or more. 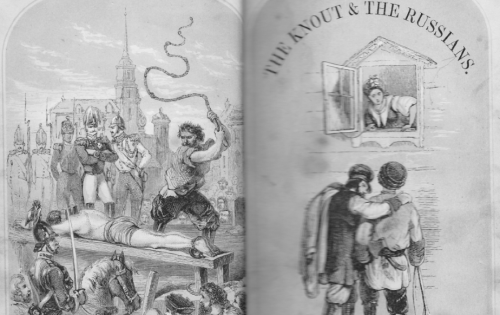 An illustration of the Knout in a book by French author, Germain de Lagny, published in London in 1854 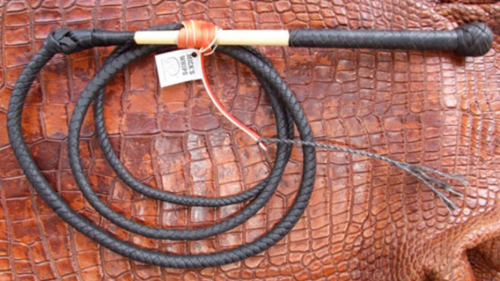 A more modern example of a knout

1. Any of a genus (Mammuthus) of extinct Pleistocene mammals of the elephant family distinguished from recent elephants by highly ridged molars, usually large size, very long tusks that curve upward, and well-developed body hair. 2. Something immense of its kind.

The word mammoth entered the English language in the early 17th century, to refer to elephantine mammals. It derives from the Russian word мамонт (mamont), which was first recorded in 1578.  All of the earliest English quotations including the word ‘mammoth,’ confitm that English-speakers first encountered the term as a result of mammoth bone discoveries in Siberia. Interestingly, the word  underwent a shift in meaning at the beginning of the 19th century. From this point onwards it began to be used as a metaphorical adjective, meaning something of huge proportions.

A bottle filled with petrol or other liquid fuel, with a piece of cloth on its top, that is set on fire and thrown.

The Molotov Cocktail was invented by the Finns in 1939, when Soviet forces were bombing their country in the lead-up to the Winter War. The Finns named the bomb after Soviet foreign minister Vyacheslav Molotov, poking fun at his declaration that the bombardment of Helsinki was an airborne humanitarian food delivery.  The bomb was even given the following tag-line by Finnish soldiers- ‘a drink to go with his food parcels.’ 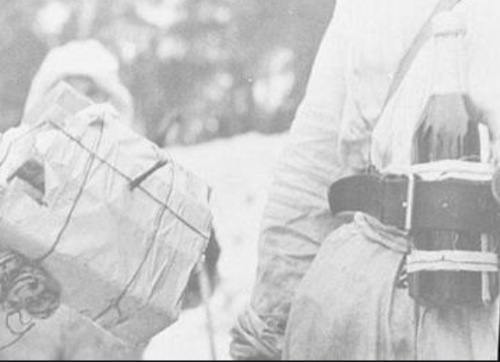 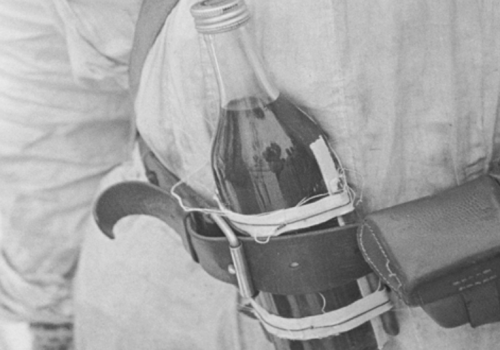 Parka (парка) derives from Nenets, a Samoyedic language of Russia, spoken in the arctic regions in the North and on the Aleutian Islands located between Russia and Alaska. The word literally means ‘animal skin’: traditionally parkas were made from caribou or seal skin in order to protect their wearers from the perishing cold. The parka became the customary US military coat during WWII and eventually gained popularity in England in the 60s, coming to symbolise the Mods.

A dessert of Australian and New Zealand origin consisting of a meringue shell topped with whipped cream and usually fruit.

Although not technically a Russian word, this meringue-based dessert is named after the Russian ballerina Anna Pavlova. According to popular belief, whilst Pavlova was touring Australia and New Zealand in 1926, the chef of the Wellington hotel invented the dessert in honour of the dancer. However, there is much contention surrounding the nationality of the dessert’s creator and the exact time and place it first came into existence. To this day, Australians and New Zealanders quibble over which nation the dessert truly belongs to.

Pogrom is a Russian word which means ‘to wreak havoc, to demolish violently.’ ‘Po’ means ‘by, through, behind, after,’ ‘gromu’ means ‘thunder, roar.’ It entered frequent use around 1881 after anti-Semitic riots swept the southern and western provinces of the Russian Empire, following the assassination of Alexander II. Similar attacks against Jews at other points throughout history are now also known as ‘pogroms.’ Following the collapse of the Russian Empire in 1917, for example, several pogroms occurred in Eastern Europe: including the Lwow pogrom (1918) and the Kiev pogroms (1919).

The word Soviet is a transliteration of the Russian word совет, which originally came from the Old Church Slavonic word  съвѣтъ (sŭvětŭ, “advice”). This word is compounded from со- (so-) + вѣтъ (větŭ, “agreement”), from Proto-Slavic *větъ (“council, talk”). Its first recorded use was in 1917, as in sense one. It was in 1920 that the word ‘soviet’ entered the English language as an adjective, as it is most commonly used today. 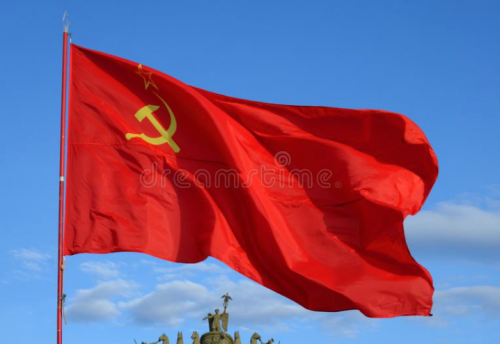 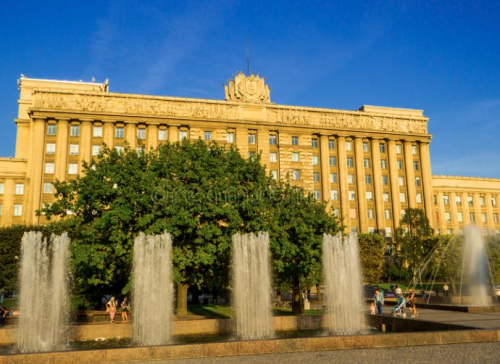 The House of the Soviets, St Petersburg

Emperor, specifically the ruler of Russia until the 1917 revolution, also meaning ‘one having great power,’ e.g. ‘a banking czar’.

The title of Tsar ultimately derives from the Latin Caesar. Several other titles derive from the term, including tsaritsa/tsarina, a tsar’s wife; tsarevich, his son; tsarevna, his daughter; and tsesarevich, his eldest son and heir. Although Peter I actually discarded the title of Tsar in 1721, in favour of ‘Emperor of all Russia,’ the term continued to be widely used until the imperial regime was overthrown in 1917.

A circular domed tent of skins or felt stretched over a collapsible lattice framework and used by pastoral peoples of inner Asia.

The word yurt derives from the Russian word юрта, which is thought to have come from the Old Turkic word ur with the suffix +ut. Yurts have been popular in Central Asia for thousands of years. The first written description of a yurt was recorded by Herodotus, the ancient Greek historian, around 440 BC. Yurts can now be found all over the word, and have even become popular at up-market camping sites in the UK, known as ‘glamping sites.’ 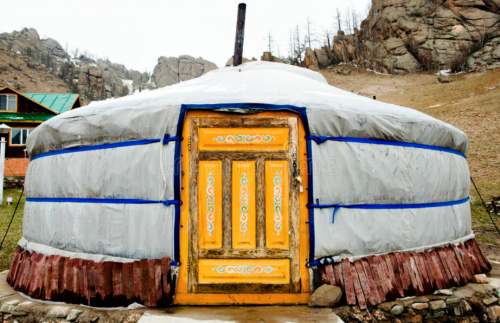 A Yurt in rural Mongolia 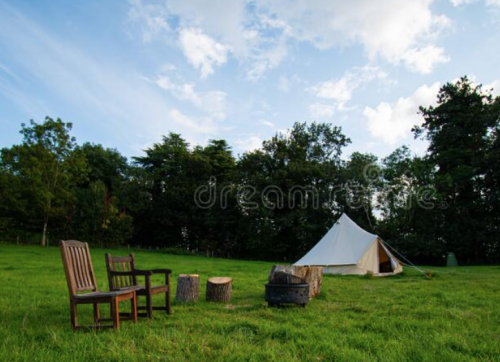 A yurt-style tent on a glamping site in the UK

Let us know in the comments if you can think of any other English words with Russian origins! For more on Russian words in other languages, take a look at this article on homonyms.