5 Russian foods that are surprisingly popular in the UK 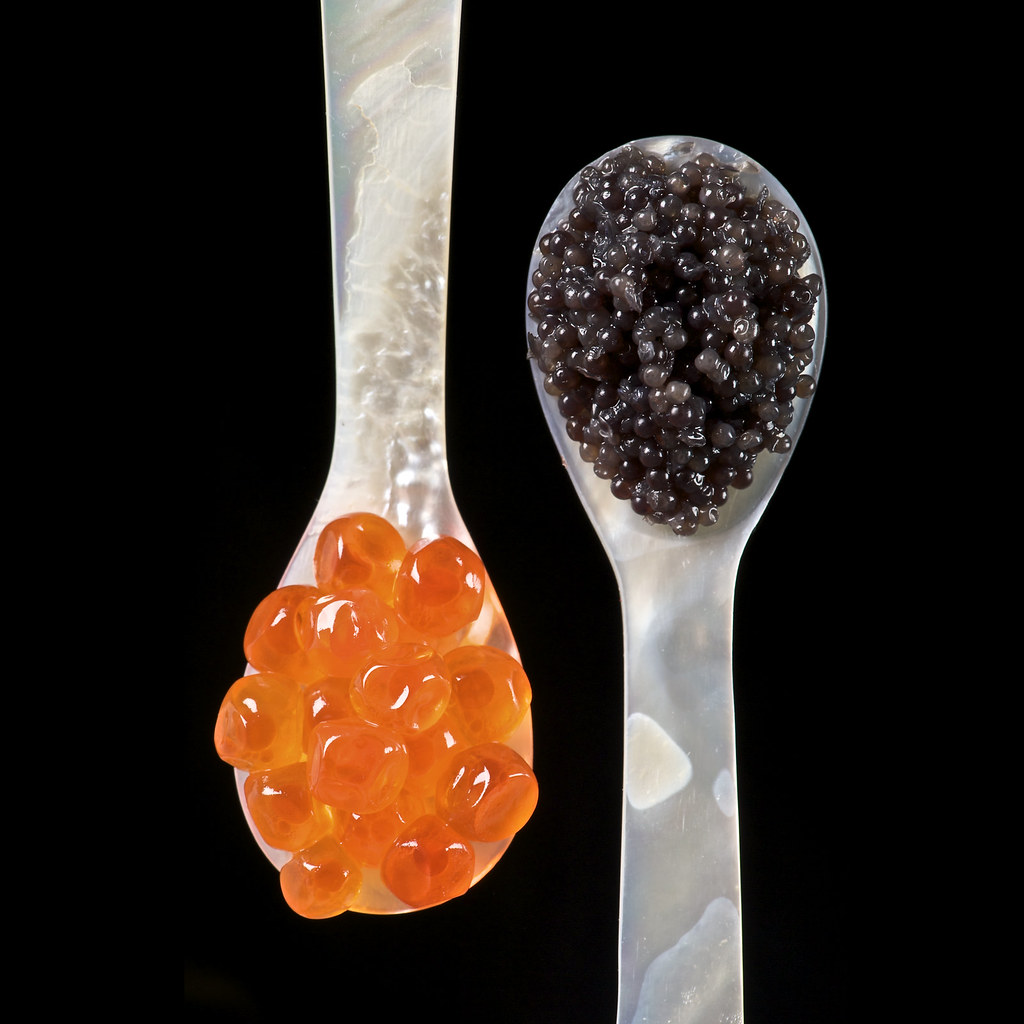 If you’ve ever been lucky enough to visit Russia, you will probably have tasted Russian cuisine and marvelled at the variety of dishes on offer. However, did you know that some Russian specialities are also widely available in the UK? Here’s a list of the top five Russian foods you might find in Britain.

A standard Russian food that is world-renowned, you might be unsurprised to know that caviar is also popular in the UK. However, caviar is by no means an everyday staple in British cuisine; in fact, caviar is often associated with the super-rich here. This is mainly due to the fact that it is pretty expensive in the UK, and can’t be bought in all British supermarkets. You can expect to find caviar in the UK more often in specialist food shops, or on the menu of an upmarket restaurant. 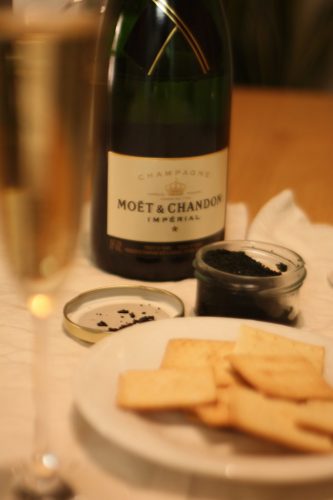 Caviar is often quite expensive in the UK

These pancakes are surprisingly well-known in the UK, but not quite as Russians know them! Despite the fact that Blini (Блины) in Russia are normal-sized pancakes, in the UK Blini are generally known as tiny pancakes that are often served as canapés for a party, usually with a topping such as smoked salmon (or caviar, if you can afford it!). Again, they are a fairly ‘posh’ food, but nonetheless a great appetizer for an evening occasion. It’s also worth noting that in Russian, Blini is already the plural form of the word, so it means more than one pancake. In English, however, you’ll often hear a few of these mini pancakes referred to as Blinis! 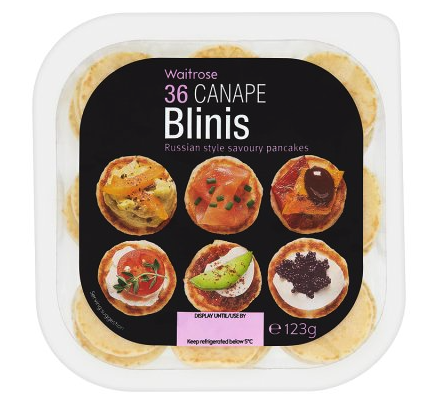 Blinis on sale at a British supermarket. Source: Waitrose.com

Originally a Russian dish, Beef stroganoff has definitely taken off in the UK too and can be served equally as a mid-week dinner or a dish at a dinner party. Beef stroganoff is simply beef, mushrooms and herbs in a creamy sauce. It is originally made with smetana in Russia, although this ingredient is often hard to find in British shops. Crème fraiche is usually used as a substitute, having a similar taste but slightly thicker consistency. Often eaten here with rice or even pasta, Beef stroganoff has become a firm favourite on the British menu. 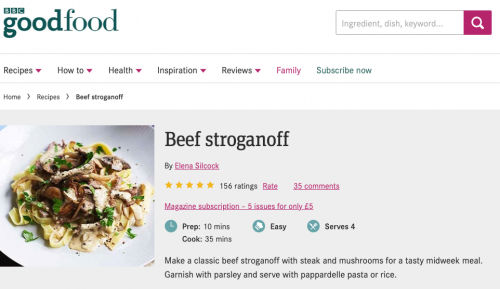 This recipe for Beef stroganoff appears on the BBC’s cooking website. Source: bbcgoodfood.com

Better known as the humble ‘kebab’ in the UK, Shashlik is of course very popular with Britons, although you will rarely hear it called by its Russian name. Kebabs in Britain sadly don’t have the best reputation – they are best known as being a late-night snack after a long stint at the pub. However, on the rare occasion that the sun shines in the UK, Shashlik will often be cooked or grilled on a barbecue in the garden, where they take on a much more sophisticated aura and are highly appreciated with chips and a nice salad. As in Russian cooking, they can be prepared with a variety of meats and vegetables. 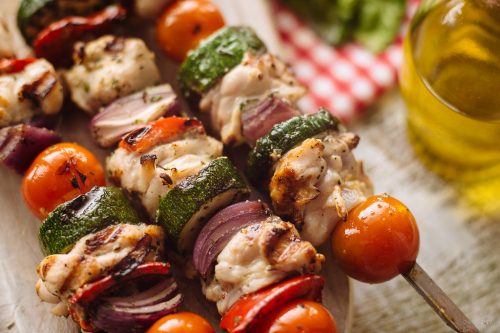 Shashlik are very popular in the UK, but rarely called by their Russian name

Although not technically a food, Vodka couldn’t go without a mention. Russian in origin, vodka has become extremely popular in the UK in recent years and can now be found in pretty much every normal British supermarket, as well as many ‘off-licences’ (small corner shops that sell a limited selection of drink and food). One of the reasons why vodka has ‘shot’ to fame in the UK is probably also due to its price. Unlike caviar, vodka can be extremely cheap. However, it is worth noting that there is of course much more refined, expensive vodka available, including that of famous Russian brands such as Russian Standard, Smirnoff and Stolichnaya. 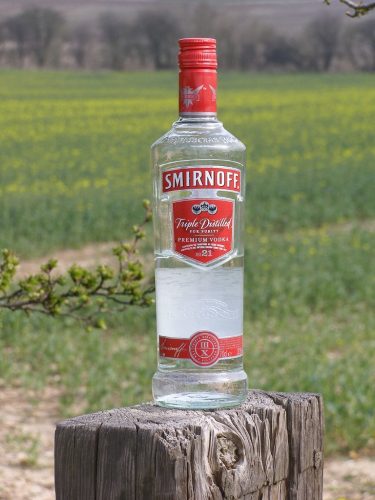 You can find Smirnoff vodka in most British supermarkets

If you ever take a holiday in the UK, keep an eye out for these Russian specialities in the supermarkets – you never know what you might find!

Interested in finding out a bit more about Russian food? Read our article about Soviet food brands, or check out our 3 Russian recipes that are easy to cook at home!