Contrary to what many people might imagine, Soviet supermarket shelves were not stacked with rows of brand-less commodities. In fact, the process of brand-creation was closely tied to the State’s economic-political agenda. Brands were not only considered to be potential mechanisms for market control, but were intended to represent socialism’s capability of punching with the capitalist heavy weights, such as Coca-Cola.

After the collapse of the Soviet Union many soviet brands were abandoned in favour of western ones. However, a number managed to survive the breakdown of the socialist economy in the early 1990s, and have retained their cult-like status to this day.

The continued popularity of these brands provides an interesting insight into a wave of recent academia recognising a cultural shift in Russia towards reclaiming the past and reviving symbols of a politically charged era.

Perhaps the most iconic of Soviet food brands is Алёнка. This infamous chocolate bar is named after the daughter of Valentina Vladimirovna Tereshkova, the first woman to travel to space, and first hit Russian shelves in 1966. It was specifically commissioned by the State to remedy the dearth of affordable milk chocolate at the time. Its unique creamy taste and wallet-friendly price- just 80 kopecks a bar, compared to the 1 rouble which a bar of bitter chocolate cost- meant that Алёнка quickly became a nation-wide favourite.

The little girl on Алёнка’s iconic wrapper became a nation-wide obsession in the 1990s, when an advertising campaign was launched to discover her true identity. Алёнка was eventually confirmed to be Elena Gerinas, the daughter of famous Soviet photographer Alexander Gerinas. Gerinas subsequently sued the brand for their non-consensual use of her face on their packaging. However, she lost the case, and the power of the Аленка brand remains unscathed: it is the leading brand of chocolate in the Russian Federation to this day. 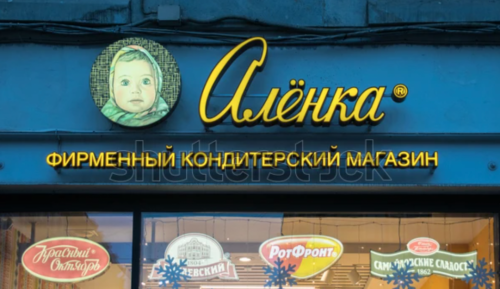 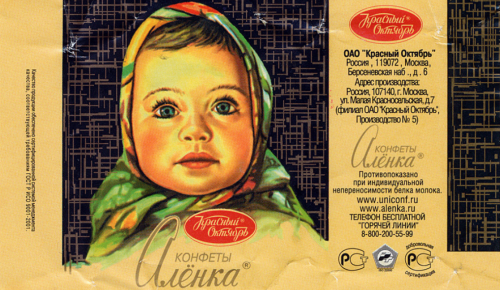 Literally meaning ‘friendship,’ this brand of spreadable cheese first appeared on Russian shelves in 1965. Дружба was not initially intended for mass-distribution. Rather, it was manufactured with the nutritional requirements of Soviet astronauts in mind; hence its high (55%) fat content. However, the product’s unexpected popularity with the masses gave it cult status: so much so that Карат [Karat], its parent company, saw it fit to ramp up production. In the Soviet era, Дружба was often enjoyed, melted, on top of soups. Today it is still most often enjoyed melted, and is used in toasted sandwiches, as well as to top tarts, casseroles and other dishes.

Дружба continues to be supplied to the International Space Station and, to this day, reigns supreme in the Russian soft-cheese aisle. The cheese even had a monument, depicting a crow and fox bonding over a ginormous 200-kilogram block of the cheese, constructed in its honour in 2005. Bizarrely, it became customary for newlyweds to visit the statue on their wedding day, in the hope of strengthening their union. That was, until the giant block of cheese mysteriously vanished in January 2008! Despite eventually being found during a nearby snow-clearing stint, the monument was removed in 2015- so no more cheese heists will be taking place any time soon! 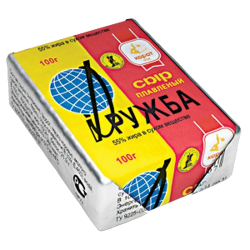 Druzhba in its traditional foil packaging [1] 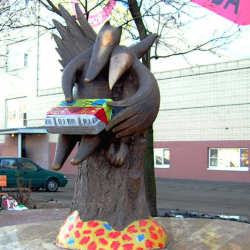 The former Druzhba monument in Moscow

Whilst canned crab has been produced in the Russian Far East since 1908, it was not until the 1960s that Чатка crab garnered a significant cult following. The brand’s continued domination of the market lies in the Soviet food projects of the Stalinist era: one of which specifically required the transportation of thousands of baby Red King crabs across 3,000 miles of road, from the Kamchatka Peninsula to the Arctic Barents Sea. This mass relocation of crabs was a disaster: poor road conditions meant that barely any survived. A second, far more successful attempt, this time relying on transportation by air, was made in the 1960s. Ever since, the cold waters of the seas of Okhotsk, Bering and Barents have been rich with Red King crabs.

The Чатка brand is still notorious for providing the finest quality crab meat on the market. It is exported in large quantities, as well as being enjoyed throughout Russia and the CIS. 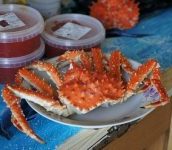 The Rogachev Milk Factory, located in Belarus, is the largest manufacturer of sweetened condensed milk to Russia and the CIS: 75% of the company’s production is exported to this region.

First established in 1936, the brand’s infamous condensed milk was made strictly according to GOST: a set of technical standards laid down by the Soviet State. As such it contained only two ingredients: milk and sugar.  Today, Rogachev’s offerings have expanded to include chocolate, tiramisu, Irish creme, and even chicory flavoured condensed milk! The company now makes over 80 different products and, in 2013, a monument to the condensed milk sensation was built to commemorate its 75th anniversary.

In the period after World War II рогачёвского сгущенка was used to stick together left-over crumbs of bread, biscuits and cakes, to make картошка [kartoshka]. It also became common to boil cans of рогачёвского сгущенка: a trick said to to have been popularised by Anastas Mikoyan, the Soviet Commissar of Food. The boiling process caramelises the condensed milk to produce a dulce de leche style filling, still used to make медовик [medovik] and орешки [oreshki] today. Most commonly, however, рогачёвского сгущенка is spooned straight out of the can as a topping for блины [blini] and каша [kasha] and can even be added to tea and coffee. 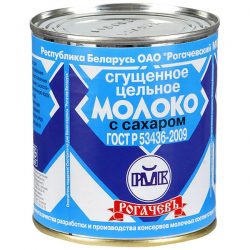 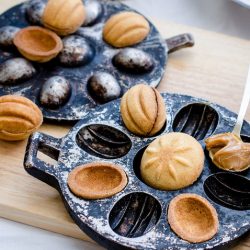 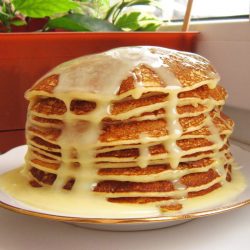 This carbonated tonic drink was developed to rival Coca-Cola: specifically following the brand’s decision to boycott the 1980 Moscow Olympics.

Named after Lake Baikal- the deepest lake in the world- this soft drink’s original recipe contained no artificial ingredients or additives and was said to have almost medicinal properties. The modern version, whilst not quite as natural, continues to be flavoured with a vast array of plants and plant-extracts, including St John’s Wort, liquorice and fir needle oil.  The drink was so popular that, at one-point, insufficient quantities of St John’s Wort could be obtained to meet demand-levels! 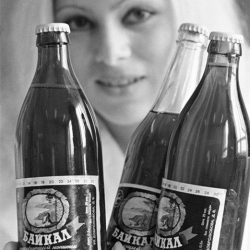 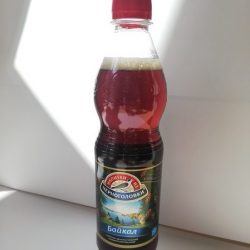 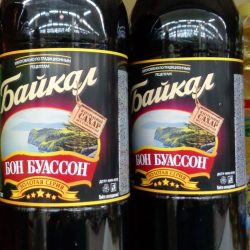 Make sure to keep an eye out for these Soviet-era food brands whilst you’re in the Russian supermarket- and let us know if you spot any others!