A weekend trip to Moscow 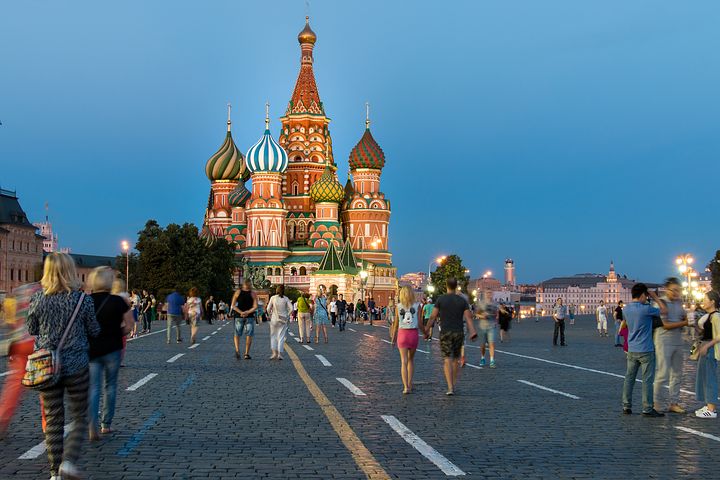 Having been in St. Petersburg for a month, I felt like it was time to explore another part of Russia. Just a four-hour train ride away, I decided to spend a weekend in Moscow, and discover Russia’s other major city. So, on Friday evening, I took a high speed train from Moskovsky station in St. Petersburg, to Moscow’s Leningradsky station.

With just two days in the city, and so much to see, I decided to start exploring straight away, and went on a night time walk across Moscow. Seeing the city at night was certainly interesting, and with much fewer people around, tourist spots such as St Basil’s cathedral looked extra special. Near the cathedral, there is also a bridge which you can walk across, which leads to an impressive viewpoint of the city across the river. 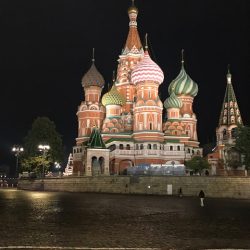 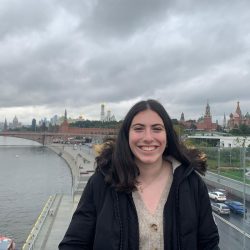 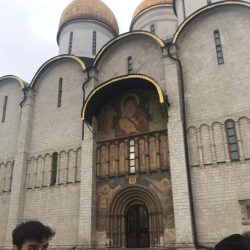 On Saturday morning, I headed to red square, to see Lenin’s body, which is only open from ten till one on Saturdays. Having been warned about queues, I was pleasantly surprised to only have to wait for about 20 minutes. The corps itself was kept in a glass box, and looked incredibly well preserved. After this, I went in to the Kremlin, and saw the amazing palaces and cathedrals. I was impressed by the variety of buildings and architectural styles, all of which were mesmerising in different ways.

The following day, I saw the Bolshoi theatre, and Karl Marx monument (which are located next to each other). I then visited Gorky Park, a famous park in Moscow, which opened in 1928. Since Moscow is so huge, I had to venture on the metro, which seemed a lot bigger and more daunting than the St. Petersburg metro. However, it works in a similar way, so I bought a ticket for two journeys. As well as their impressive size, the Moscow metro stations are also very pretty, renowned for their extravagant and unique interior design. 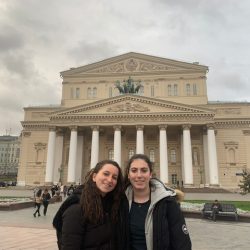 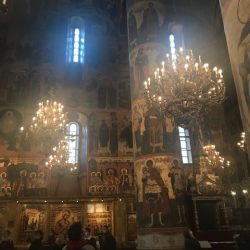 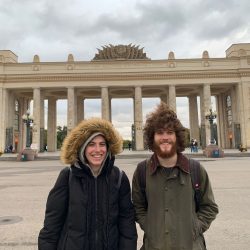 With so little time in Moscow, I decided to get the night train back on Sunday, to have the whole day to explore some more. My train left at midnight, and didn’t get in to St. Petersburg until 9am. However, I was pleasantly surprised by the train setup: I was in a cabin with three others, made up of two bunk beds and a table in between. Having spent the past two days walking around, I was pretty tired, and so managed to sleep for the majority of the journey.

Overall, it was interesting to see a new part of the country, and compare the two biggest cities. What struck me most was the difference in size, as Moscow is almost twice the size of St. Petersburg, and certainly feels a bit more hectic and fast-paced. For anyone interested in visiting Moscow, I would definitely recommend going for longer than two days to see everything. Although I managed to fit a lot in, there is so much to see, and I hope to return again before the end of my time in Russia.