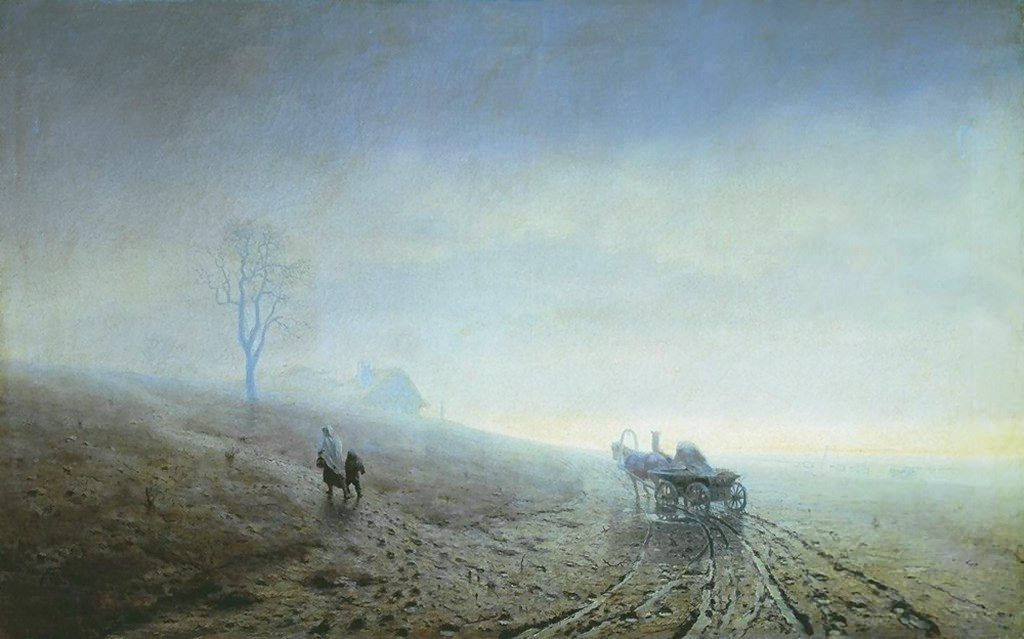 Russian culture has definitely given the world plenty of talented painters. Some of the painters are world famous, some of them are forgotten. For example, most of the icons were painted by unknown iconographers. Their icons can be admired in art collections and galleries. There are hundreds of famous Russian painters, for instance Arkhip Kuindzhi (Архип Куинджи).

Kuindzhi was a Russian landscape painter of Greek origin, who had an enormous talent for depicting light and its various effects. His exact date of birth is unknown. He was born in the southern Ukrainian town of Mariupol and spent his childhood by the Black Sea. When Kuindzhi was six years old, both of his parents died, and he had to move in with his brother. He was poorly educated, but he liked drawing very much. By the age of 10, Kuindzhi gave up school and started to work at a construction site. He also worked as a domestic servant, but he always found time to draw pictures. His pictures impressed one of his employer’s friend, who advised him to become an apprentice to Ivan Aivazovsky (Иван Айвазовский), the famous seascape painter. He lived in Aivazovsky’s house for a couple of months, but the painter paid no attention to him and his ambitions. However, admiring such a great painter at work affected Kuindzhi and helped him choose his way in life. At the beginning of the 1860s, after many years of working as a retouch artist, Kuindzhi left for Saint Petersburg to attend The Academy of Fine Arts. He failed the entrance exam three times in a row, but he did not give up. Thanks to his talent, he received the right to attend the Academy as an irregular student. He kept working as a retouch artist and his pictures became part of the Academy’s exhibitions. In 1869 the press began to paid attention to his art for the first time.

In 1872, the picture named “Autumn Impassability of Roads” brought Kuindzhi an Academy title of “class artist of the third grade”, given to Academy graduates. “The Forgotten Village” is also one of his most famous pictures. In 1876, Kuindzhi exhibited his great work named “The Ukrainian Night”, within which are the deep colours of the southern landscape. In 1882, he impressed the public and the critics with his famous painting named “The Moonlight Night on the Dnieper”, which is considered to be his greatest masterpiece. In the picture one can see the Dnieper River rolling its greenish water across the plain. A village can be seen on the river bank, and the full moon looks at it from the dark sky. When the painting was exhibited, the illusion of the light seemed to be so realistic that people attempted to look behind the picture, thinking that there is a lamp behind it. 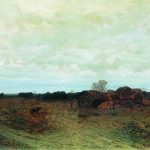 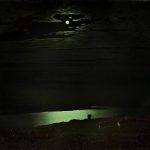 The Moonlight Night on the Dnieper

Kuindzhi is one of the greatest Russian painters of the 19thcentury. His collection of works was last exhibited in 1992, but the exhibition did not include all his paintings. If you are a Russian art lover, the State Tretyakov Gallery is definitely a must-visit, as the exhibition of works by Arkhip Kuindzhi is available until 17th February.  This time, visitors have the opportunity to see much more, since over 120 specially selected paintings and sketches can be admired. In addition, the exhibition includes works from the State Russian Museum, 19 of the largest regional collections, a private collection and artwork from museums in Azerbaijan and Belarus. However, it is noteworthy that one of Kuindzhi’s paintings was stolen from the exhibition two weeks ago, in spite of the fact that the State Tretyakov Gallery has three levels of security. The painting, depicting the Ai-Petri peak in the Crimean mountains was simply lifted off the wall when the Gallery was full of visitors enjoying the exhibition. Following the theft, the police found the painting, and the suspect faces up to 15 years in prison.

The exhibition is an excellent opportunity to gain a deeper insight into Kuindzhi’s art. He created a special type of romantic landscape painting, the basis of which is his realistic vision of the world. In Kuindzhi’s art, one can recognize not only the features of classical landscape painting, but the features of Russian and European Romanticism as well.

Purchase your ticket at the ticket office of the State Tretyakov Gallery and enjoy this unique exhibition!