Art Nouveau and the Historic Centre of Riga 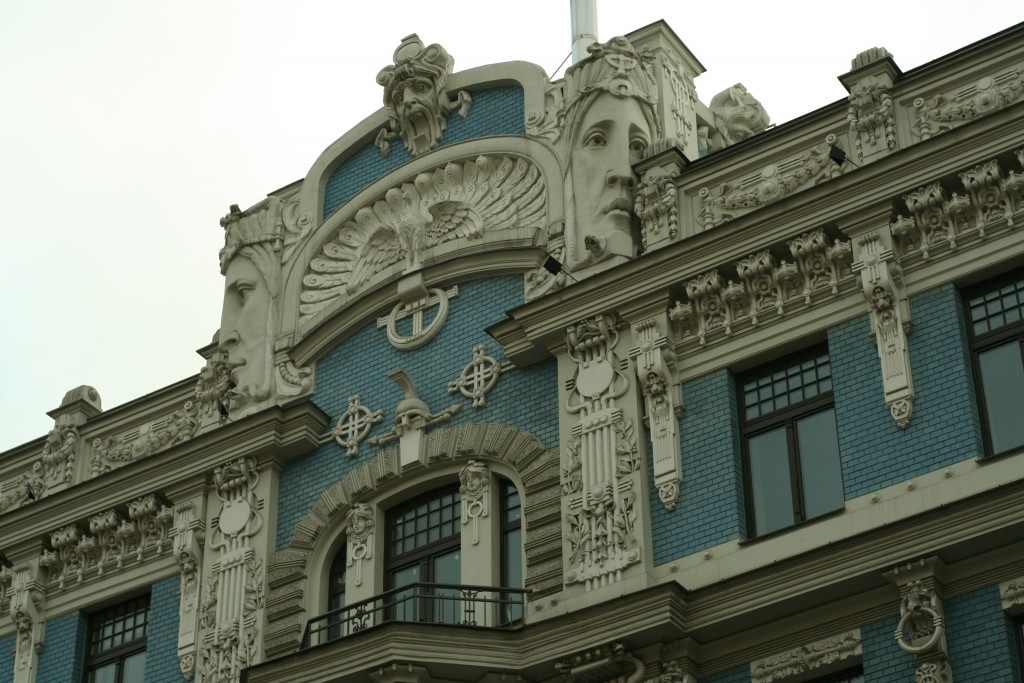 Like many cities across Europe and the rest of the world, about a century ago Riga was taken by storm with a new artistic aesthetic known as Art Nouveau. Art Nouveau architecture in particular became extremely popular in the Latvian capital, and although there are different forms of Art Nouveau, the most popular style in Riga was termed “Romantic Art Nouveau”. Romantic Art Nouveau incorporates aesthetic features from the past, combined with a more simplistic and modern form.

Art Nouveau was considered a “total” art style, meaning it applies not to just one medium, but across many. The aesthetics of Art Nouveau have been applied to traditional paintings, book illustrations, sculptures, and many other mediums, in addition to architecture. For example, Czech artist Alphonse Mucha is broadly credited with creating one of the first pieces of Art Nouveau work. He produced a lithograph to advertise for the play Gismonda in Paris. The work depicted a woman in a classical style, having heavy Greek influences and many floral motifs present throughout. The poster was extremely popular in Paris and it is there that the term Art Nouveau was coined to refer to Mucha’s work. In general, Art Nouveau is influenced by themes common in the classic period of human history, Greek and Egyptian aesthetics were combined with a heavy natural influence. The presence of vines, floral motifs, and depictions of animals are all common themes in Art Nouveau work.

One prominent architect of Riga was Mikhail Eisenstein, born in St. Petersburg to parents of Baltic-German origin, he designed a number of the most prominent buildings in Riga’s center, however a significant number of local artists who did not achieve much fame outside of Latvia designed the majority of the buildings. Interestingly, Sergei Eisenstein, one of the most famous filmmakers in history, was the son of Mikhail.

Some of the design motifs common in Riga incorporate decorative floral designs, as well as ancient Greek and Egyptian motifs such as the sphinx or Cerberus. The style was so prolific in the city that up to 40% of the buildings in the center of Riga are today still in the Art Nouveau style, and the city center has been designated a UNESCO World Heritage site. The splendor of these buildings is a major contributor to the Latvian tourism industry, as the center of the city features some of the best preserved and most impressive renditions of the architectural style still in existence.

The style remained extremely popular up until the beginning of World War I across Europe, but the significance to Latvia is unique in many ways. As an historic part of the Russian Empire, Latvia had few internationally recognized artists, and it wasn’t until Art Nouveau rose to prominence that this changed. The skill and talent of Latvian architects and artists in the Art Nouveau style, for the first time in Latvian history, brought great international prestige to the country, and as such remains a central part of Latvia’s rich cultural heritage to this day.