Geraldine
This Day in History
1213
Battle of Borodino, Russian history, this day in history 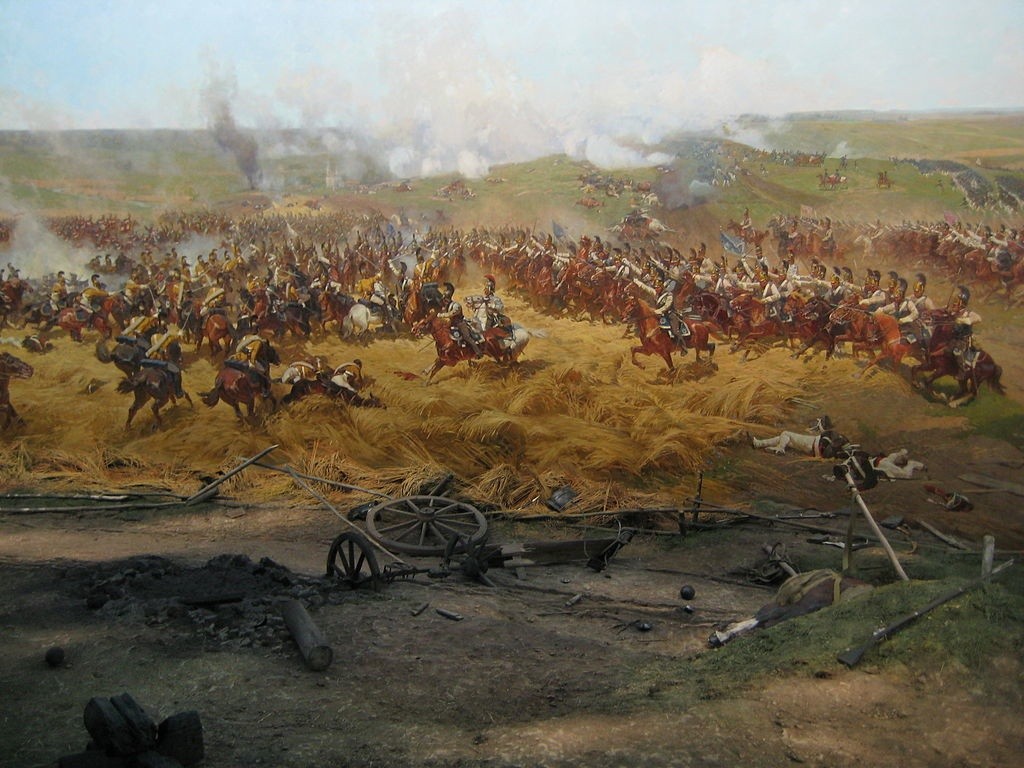 In Borodino, a small town located 150km away from Moscow, took place on the 7th of September 1812 a decisive battle of the Russian Patriotic war ( known by the French as Campaign of Russia).

The great patriotic war opposed two very powerful armies: Napoleon’s Grande Armee and the Russian Imperial Army, commanded by Barclay until August 29th who was then replaced by Kutuzov. As Napoleon Russia’s territory, he was hoping to annihilate the Russian army before the beginning of winter.

The French moved quickly. The Russian army did not have time to put into place a strong line of defence. Therefore the Russian army retreated towards Moscow, burning the land and forcing populations to flee, taking all belongings with them. Eventhough the French had made supplies, they were hoping to forage for more in Russia. Crops were burnt and the Grande Armee was running out of supplies and becoming a victim of starvation and disease. The strategy of the Russians (i.e trading land for time) revealed to be very advantageous.

Kutuzov finally managed to establish a strong defence near the Kolocha and Moskwa rivers. General Kutuzov put into place 4 rebouts where was stocked most of the artillery.

Before the battle of Borodino started, the French managed to take control of one of these at the price of 4000 casualties.

Napoleon was advised to go South and avoid frontal combat. He eventually decided to go against the opinion of his advisors and on the 7th of September, the battle of Borodino began with French bombardments. During 15 hours, the French and Russian non stop fired at each other, trying to keep their positions and their artillery. Both armies fought with such passion and patriotism, practically unseen before. The French in the end controlled then Russian positions. Napoleon’s advisors wanted to send the French Imperial Guard to annihilate the Russian Army. Napoleon on the other hand decided to keep it as a reserve. This allowed the Russian army to escape.

On both sides, casualties were very high. 30,000 French soldiers died compared to 40,000 on the Russian side. The French then advanced to Moscow, which they took on the 14th of September. When they arrived, it was not the glory they awaited. The city had been deserted and again, no supplies were available for the French army. Napoleon’s Grande Armee, exhausted, will in the end loose the Great Patriotic war, and will retreat back to France.

The Borodino battle was a real demonstration of patriotism. It has inspired many writers, such as Tolstoy who very precisely describes the battle in this novel War and Peace or Lermontov in his poem of the same name as the battle. Here is a short extract of the poem :

– Tell, uncle, it is not a gift,
Moscow burnt by a fire,
does given to the frenchman?
A battles was fighting,
Yes, talk, on is to is!
All Russia remembers is not the gift
About the day of Borodino!

– Yes, there were people in our time,
That is not a present tribe:
The bogatyrs -are not you!
The bad part share them:
A few ones goes returned from a field…
A God will do it, would not be,
We would not give Moscow!