Most Important Victory Peter the Great Won – The Battle of Poltava 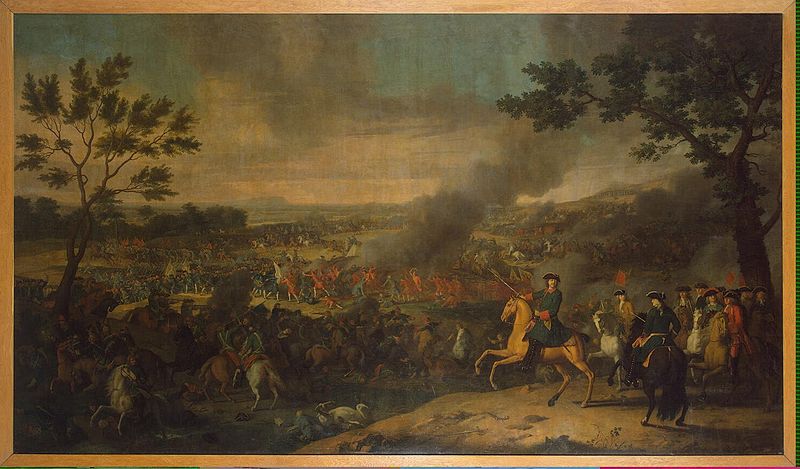 The most important victory Peter the Great won is a rather unknown battle called The Battle of Poltava. In took place in 1709 is  in terms of international history, but the historical consequences of the battle are so immense that we are still living with the repercussions today!

Who fought the Battle of Poltava?

The battle was fought between Tsar Peter the Great’s under-developed and ill-prepared Russia and the dominating power of Northern Europe at the time, Sweden, which was led by King Charles VII.  At the time of the battle, Sweden was the great superpower and in control of the Baltic States, threatening Russia’s very existence with its immense firepower and extremely well-trained army. The battles fought between Sweden and Russia have come to be known as the Great Northern War, with Russian victory at the Ukrainian town of Poltava seen as the turning point of the 20-year long conflict.

Results of the Battle

In 1700, Sweden started sweeping through Northern and Eastern Europe, culminating in the invasion of Poland in 1706. At this time, Peter’s new capital, St Petersburg, was in the very early stages of being built and was dangerously in reach of the Swedish army. In an attempt to make peace with Charles VII, Peter the Great offered the Swedes all of his Baltic possessions except for St Petersburg, an offer flatly refused by Charles, who wanted to invade Moscow and St Petersburg. As a result, the Russian army, stationed on Russia’s borders, started to retreat into the heart of their country, burning all crops and destroying any possibility for the Swedish army to eat, drink or use any form of transport along the way, a tactic called ‘scorched earth policy’. Peter’s modernisation of Russia was not completed, and his rebuilt army were not in a state to fight the experienced Swedish troops, so continued to retreat through the winter. An army of 40,000 Swedes was reduced to 20,000 after a successful attack by a section of Peter’s forces, and the Swedish forces were met by an 80,000-strong Russian army at the small Ukrainian town of Poltava, used by Peter as the Swedish army would have to attack through a small opening in between two thick woods, making it easier for the Russian soldiers to pick them off.

So, the battle itself has gone down in history as a rout. This was incredibly surprising for all contemporary historians as the Russian army was in fact vastly inferior to the Swedish army, but manpower and luck was on their side (one English scholar said that ‘an army of veterans had been beaten by a mob, a crowd; an army of the bravest fellows in the world, beaten by scoundrels’!). The Swedish cavalry, who at an early stage of the battle could have broken through the Russian lines, were late to the scene and this meant that the Russian army could encircle the Swedish troops and fight the cavalry on its own, rendering Charles XII’s tactical battle plan useless. Charles fled the battle and escaped from Russia, with his reputation in tatters and only a few thousand soldiers left.

The battle of Poltava is hugely important in the geographical history of Eastern Europe. If Peter the Great had failed to stop the Swedish juggernaut at Poltava, then St Petersburg would have fallen into the hands of the enemy and most likely have been destroyed (a horrible thought!), while Russia would have effectively ceased to exist. The other historical consequence of the battle is that Sweden, a country feared all over Europe due to her magnificent army, faded into obscurity, and was replaced by a new superpower, which survives until this very day – Russia.

This blog was brought to you by Alexander, currently studying Russian at Liden and Denz