Celebrities and Politicians line up for Russia’s COVID-19 Vaccines

According to a Gallup poll conducted in January 2021, only 30% of Russian respondents felt that their compatriots would be willing to receive a COVID-19 vaccine. It is no wonder then, that a number of celebrities and politicians have taken it upon themselves to endorse the three Russian vaccines currently in circulation: spear-heading efforts to increase domestic vaccine take-up.

On 23 March Putin joined this star-studded line up, when he received his first dose of a Russian COVID-19 vaccine. Let’s take a look at some of the other celebrities and politicians who have endorsed Russia’s COVID-19 vaccines so far…

Alyona Apina is a Russian singer, actress and songwriter. She was the lead singer of Russian band Kombinaciya, whose popularity peaked in the late 1980s and early 1990s with songs such as “Two Slices of Sausage” (Два кусочека колбаски). After leaving the band, she became a star in her own right, winning ‘Best Singer of the Year’ in 1998 and becoming an ‘Honoured Artist of the Russian Federation’ in 2002.

Having received the vaccine, she wrote the following on Instagram: ‘That’s all! Fears and expectations are over! I have the vaccine’ 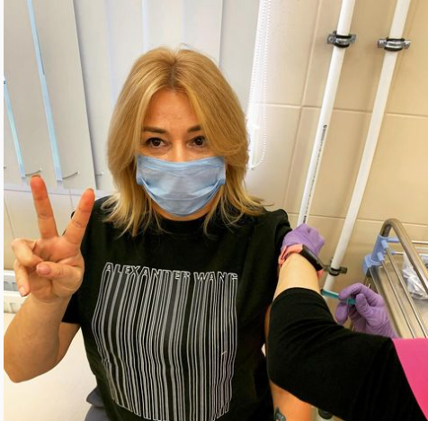 Herman Gref is the head of Sberbank: the largest bank in Russia and Eastern Europe since 2014. Gref got the Sputnik V vaccine back in April 2020: four months before it was officially registered! When asked why he decided to get the vaccine at such an early stage, he said “When I saw that the Academic Ginsburg and his team from the Gamalaya Centre had taken on the responsibility of receiving the vaccine, I decided to do the same.”

Yuri Stoyanov is a Russian actor and musician, particularly known for his sketch show Gorodok, which he co-created with Ilya Oleynikov. He said that he experienced no side effects following the vaccination and urged others to follow suit- <<Нужно прививаться, ребят>> (You need to get vaccinated guys).

Mikhail Boyarsky is a Russian actor and singer, best known for his portrayal of  d’Artagna in the 1978 Soviet adaptation of Alexander Dumas’ Three Musketeers. He was vaccinated against COVID-19 at the beginning of February 2021. Boyarsky was hospitalised shortly after being vaccinated, but has since been discharged. His son, State Duma deputy Sergei Boyarsky, said that “his health and life are not threatened. He feels fine.”

His wife, Larisa Luppian – a Russian actress, best known for her roles in Плачу вперёд (1999) and Ирония судьбы. Продолжение (2007) – has also reportedly been vaccinated. 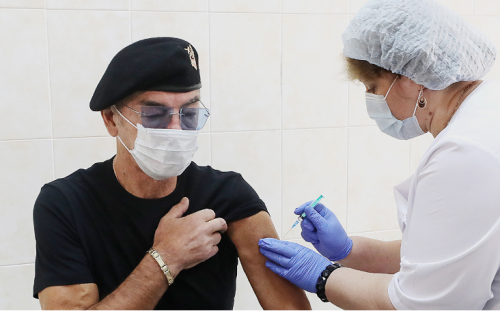 Svetlana Druzhinina is a Russian actress and film director: she directed the Gardes-Marines trilogy and the Тайны дворцовых переворотов (Secrets of Palace coup d’etat) series. Her and her husband received their first dose of the vaccine in January 2021. They even appeared on the TV programme Жить Здорово! to document the process.

The American director received the Sputnik V vaccine in December 2020, whilst touring nuclear plants in Russia for a climate-change documentary. Stone’s support for the Russian vaccination programme is hardly surprising given his strong ties to President Putin: he filmed interviews with the President ahead of his 2018 re-election. Italy’s envoy to Russia received his first dose of a Russian COVID-19 vaccine in January. The diplomat subsequently endorsed the vaccine at an online conference, on the theme of Russo-Italian relations, stressing that he experienced no side effects after receiving the vaccine.

It looks likely that Sputnik V will soon be produced in Italy: at the start of March it was confirmed that The Russian Direct Investment Fund had signed an agreement with the pharmaceutical company Adienne, for its Italian based unit to produce the Russian-developed vaccine.

The President of Guinea was the first world leader to be vaccinated with the Sputnik V vaccine. Conde received the vaccine at his official residence in Guinea: the Sakuterea Palace. His decision followed that of 19 other high-ranking Guinean officials, including the Minister of Defence, to receive a Russian coronavirus vaccine.

Guinea is the first country in sub-Saharan Africa to use the Sputnik V vaccine. Although the vaccination programme in Guinea began on an experimental basis, Cory Keira, a government official, has expressed hopes that the initial 60 doses of the vaccines will increase to more than 2.5 million by the end of the first quarter of 2021, in order to allow  mass vaccination programmes to begin. 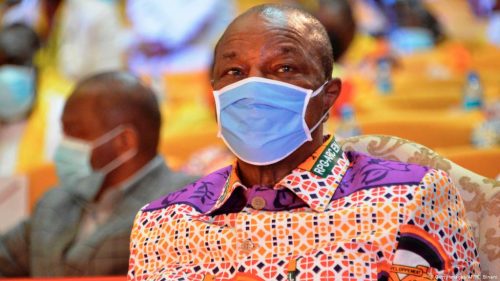 Only time will tell how effective President Putin’s recent endorsement will prove to be. Will he be able to remedy the vaccine scepticism so prevalent in Russia?

To find out why Walter Denz, co-founder of Liden & Denz, got the Sputnik V vaccine take a look at https://lidenz.com/sputnik-v-get-the-vaccine-and-get-on-with-your-life/