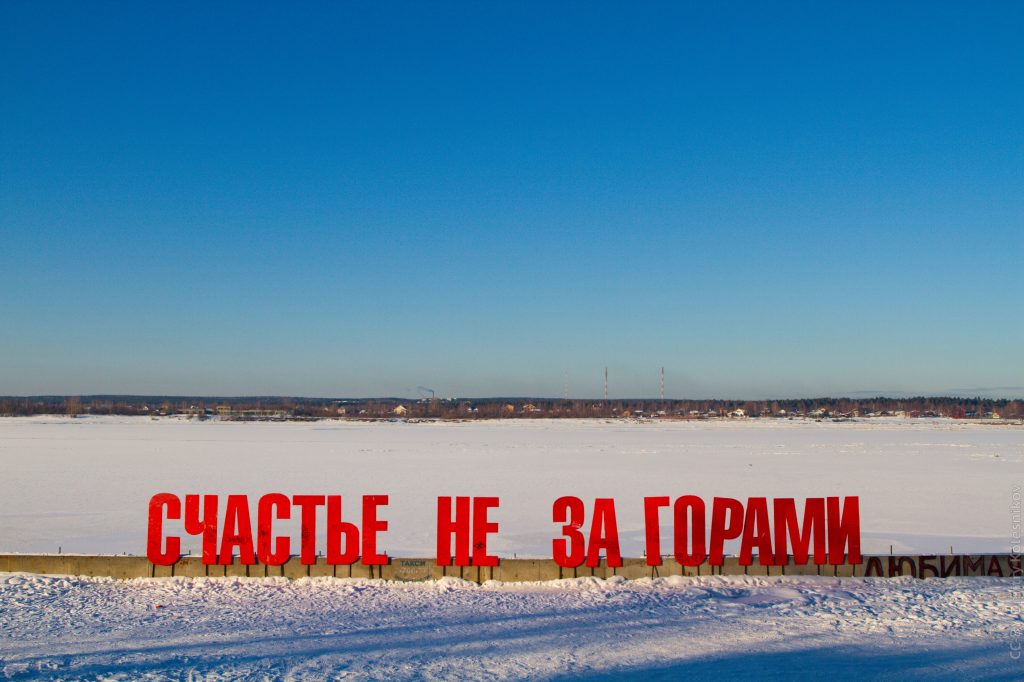 When it comes to cities in Russia, everyone has heard of Moscow and Saint Petersburg, but the truth is they only provide a small snapshot of the “real” Russia.  If you are brave enough to venture off the beaten track into the further Eastern part of Russia, you can see a side to the country in provincial Russia untouched by the cosmopolitan buzz of the country’s capitals. Monika and James share their experiences of life further East in provincial Russia.

This winter I had the wonderful experience of studying in Perm for 3 months, which is a city 6 hours from Yekaterinburg in the Urals. Accessible by the formidable Trans-Siberian Railway, Perm is a classic Russian city with uniform Soviet tower-blocks, a smattering of churches, and a fair share of museums; its intrigue, however, lies in its industrial past and present. With a population of 1 million people, the city is by no means small, but it has a slower pace of life than other European cities of a similar size. This tension between its industrial culture and tangible languor makes Perm an extremely unique city to visit.

A Warm Welcome to Provincial Russia 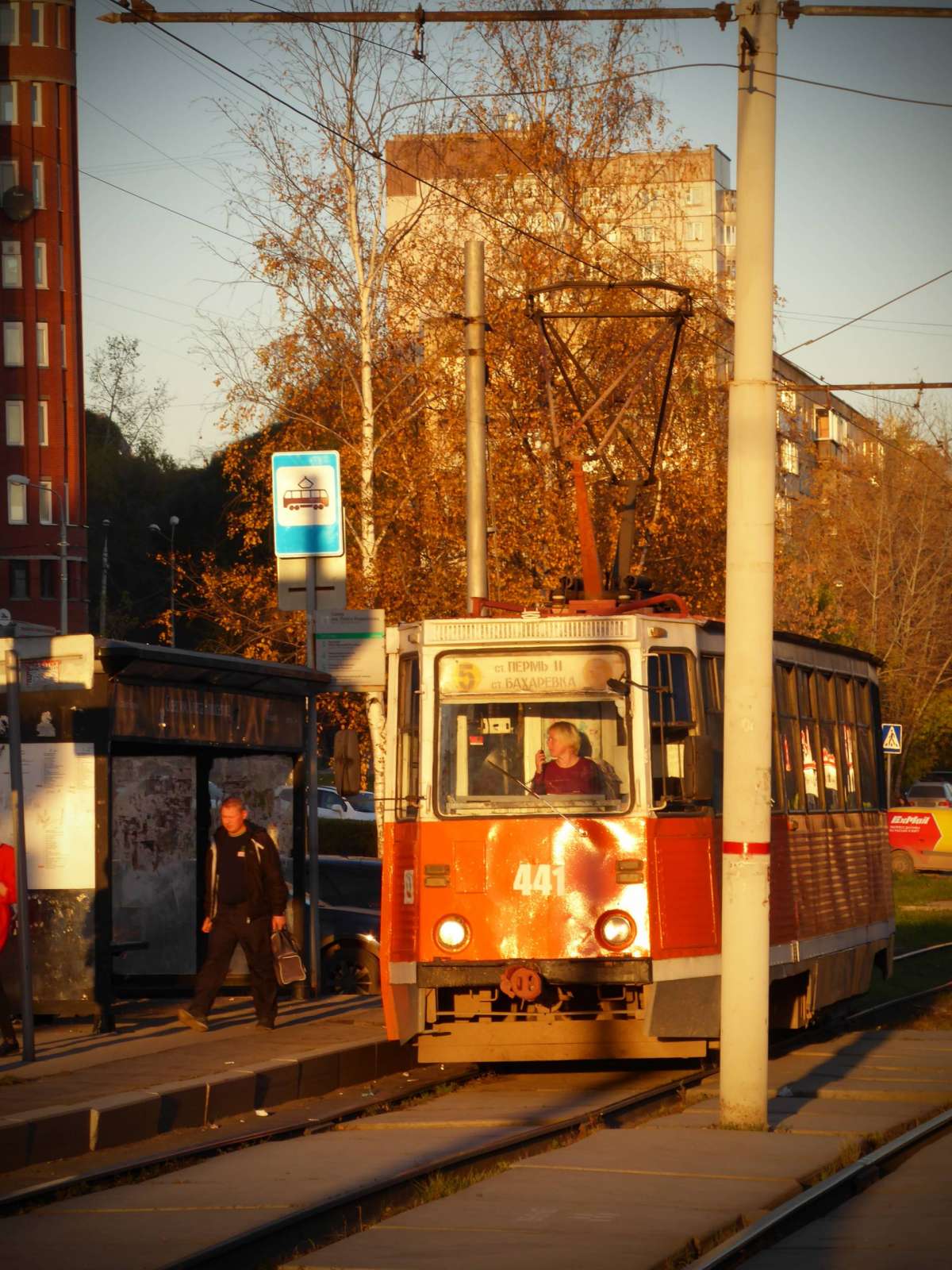 I remember leaving for Perm with extreme trepidation, expecting life to be severely different from Western Europe; when I arrived, however, I was pleasantly surprised by the warm welcome I received. In comparison to the likes of Moscow and St Petersburg, people in Perm are less accustomed to meeting foreigners. Most of the time I was met with a tone of curiosity and confusion as to why I was there. Many students wanted to know how I, an Englishman, could possibly want to study in a city like Perm! The reaction was never rude and only made for brilliant language practice.

At first glance, Russians in the provinces can seem quite closed, but once I started speaking with locals (пермяки) I was met only with a warm spirit and hospitality. One of my highlights was being invited to tea with a classic babushka so she could teach us how to make Russian dumplings (пельмени). In this way, it can be a lot easier to get to know new people in the provinces; in Moscow and St Petersburg the pace of life is a lot faster and people have a little less time to offer the hand of hospitality.

The provinces offer another side to Russian history beyond the infamous events that adorn the streets of St Petersburg. A lesser known fact about the Urals is that it is an area of impressive geological significance. In 1841, Sir R. I. Murchison, the then president of the Geological Society of London, introduced the term “Permian” into geology after conducting research in the region. This term signals a geologic period 298.9 million year ago before mammals appeared on the Earth. Even to this day, Perm still attracts scientific researchers and students; every year, for example, students from Oxford University visit Perm State University for project research. The proximity of the Urals, therefore, makes the Perm region a perfect stop on the Trans-Siberian railway if you are looking for an area of outstanding natural beauty and history. Of course, there are natural areas around St Petersburg and Moscow, but the Perm region is perfect if you are looking to venture down the road-less-travelled.

That is not to say, however, that Perm is without its human history and culture. Much like Russia’s capitals, Perm has multiple theatres and museums. Most notably, the city is home to the infamous Perm Opera and Ballet Theatre and one of the most reputable ballet schools in the world. Not far outside the city, you can also see how some Russians still live in villages throughout the country at the Khokhlovka architectural and ethnographic museum, or you can visit the former penal colony for political dissenters Perm-36.

Overall, provincial life in the Urals is a fascinating place where East meets West that provides a holistic picture of Russian culture and identity. Most importantly, the people there have a warm heart and welcoming spirit. Even if the city is not the most aesthetically pleasing, it is an up-and-coming and intriguing place with a warm Russian soul – a must-visit for anyone doing the Tran-Siberian Railway. 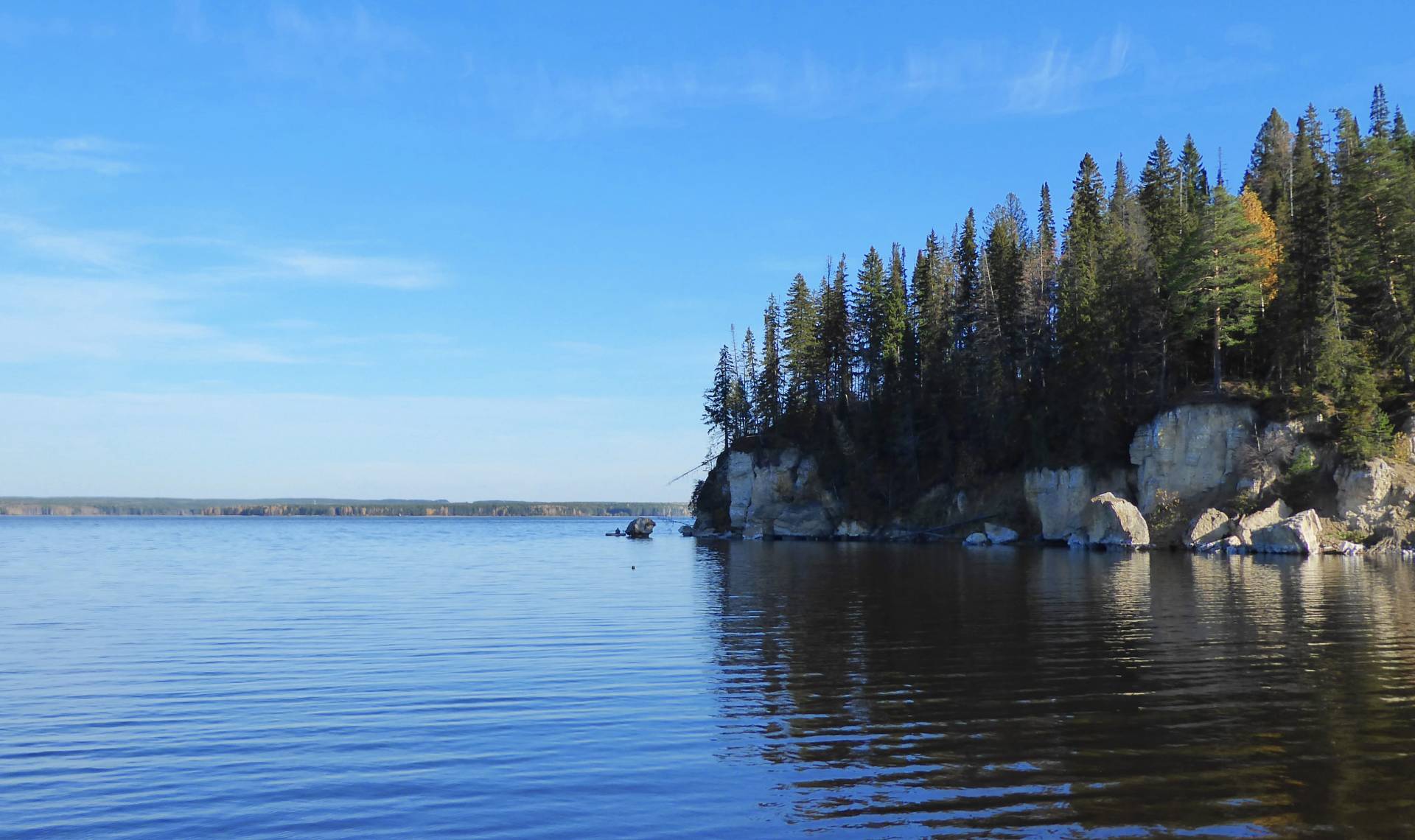 For me, provincial Russia was the first kind of Russia I encountered. I’m skipping the 36 hours I spent in Moscow, where I had one of my near-death experiences: travelling on the Moscow Metro at rush hour with two huge suitcases to the airport. I had a flight to Ufa and took the bus to Magnitogorsk where I spent three months as a volunteer. 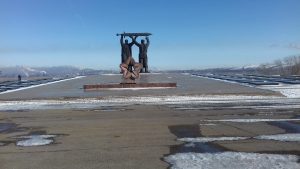 This enormous monument is dedicated to the workers of the комбинат and soldiers.

Just like Perm, Magnitogorsk is located at the foot of the Ural mountains, although the distance between the two cities is 700 km. To a certain degree, this resulted in some of the features being are identical: a heavily industrialised environment, harsh weather and slow pace of life. Nonetheless, Magnitogorsk is remarkably smaller with just 400 thousand inhabitants. The location was also quite fascinating: the river Ural separates the European and the Asian parts of Magnitogorsk. This way, it just took me to get on the wrong маршрутка (minibus) once to visit Asia for the first time in my life. On this side stands a gigantic комбинат (or smelter plant). As a matter of fact, this plant is responsible for the major health risks of living in Magnitogorsk. Nevertheless, locals adored it, as it gave life and provided the town with most of its jobs.  In addition to the smelter plant, Magnitogorsk has a very Soviet vibe as it was established in 1929. In the traditional sense of the word, the town was not aesthetic, but I fell in love with the greyish colours of the buildings, the faded yellow of the hills and the sparkling ice that covered every pavement and surface until mid-April.

I have to state that my yearning for the town’s Soviet beauty proved to be somewhat subjective and not at all common. Back in Budapest, I befriended a young man from Petersburg. When I mentioned my time in Magnitogorsk to him, he burst out laughing. He told me that even by Russians, it is considered to be one of the gloomiest places in the entire country.

Due to the distance, Magnitogorsk is quite isolated. It is not easy to get to Moscow or St. Petersburg as there is no Trans-Siberian railway in sight. Most of the people I worked with as an English teacher expressed their wish to be able to travel or to work abroad. I was met with stubborn disbelief when I claimed that poor people do live in Europe, and my Hungarian nationality had been a source of confusion many times. (Polish? Romanian? American? German? Moldavian? Czech?) The town’s isolation, however, did not create an atmosphere of distrust. On the contrary, I was met with curiosity and interest to the point that by-passers walked up to me on the street when they could hear that I was speaking English with a few of my students. Magnitogorskians (is that a word? It’s a word now!) wanted information, they wanted to get a glimpse of the world outside their town. 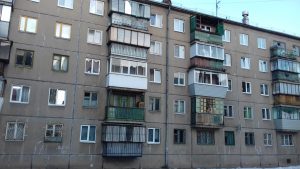 A typical building on a typical winter day.

My most important memories of Magnitogorsk are the ones that are about local people, friends, students, acquaintances, and random encounters I’ve had there. One of the reasons is that there was very little to do in one’s free time. It had a mall, a university, a theatre and a cultural centre (listed based on the frequency these institutions were mentioned or visited by anyone), but their significance in everyday life was quite small. Consequently, I spent my free time mostly in kitchens, living rooms, bars and the uni’s canteen talking to people. One of the most important words I had learned there was общаться – the verb of interaction and sharing information.

The bottom line is simple: life in the countryside is unspeakably different. I can only advise everyone that has a deeper interest in Russian culture to spend at least a few weeks far away from the two capitals. You will not get eaten by a bear; most people do not wear Adidas tracksuits on the street; you will realise how colourful this enormous country is.

Привет! My name is James and I'm am a student at Liden & Denz. From the dreaming spires of Oxford to the glittering rooftops of St Petersburg I am super excited to write my next chapter in Russia's literary and cultural capital.