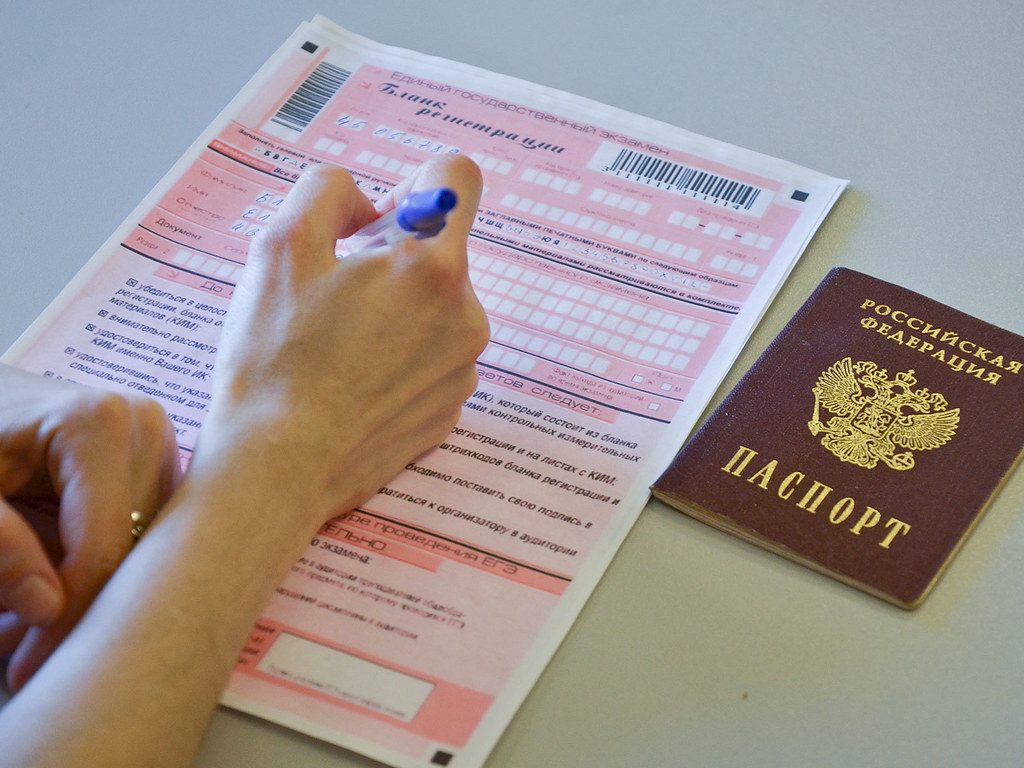 Final school exams are some of the most important exams that students will ever sit. In addition to the fact that they are essential for getting into university, these tests are often required to prove that you attended secondary education in the first place. However, every country’s education system is slightly different and it can often lead to some confusion.

Are you unsure about which exams take place in Russia at the end of school? Read on to find out about Russia’s final school exam, the ЕГЭ (Единственный Государственный Экзамен, or Unified State Exam), and how it relates to other end-of-school exams across Europe.

How long has the ЕГЭ been around?

The ЕГЭ was first introduced in 2001 as an experiment. It only took place in specific locations at first, such as the Chuvashia Republic and the Rostov Oblast. It was gradually introduced to more and more regions in the following years. The ЕГЭ became fully state-wide in 2008.

What exactly is it?

Students take the ЕГЭ in Year 11, or 11th Grade (around age 17). All students take the exam whether they wish to go to university or not. The results form the High School Diploma, or Leaving Certificate, so it’s extremely important either way!

The ЕГЭ is made up of whichever exams students choose to sit. Basic Maths and Russian Language are obligatory, but after that, there’s a wide range of different classes to choose from. All the usual subjects you’d expect can be studied. These include Biology, Physics and Chemistry, and of course History, Geography and Literature. There is also an Advanced Maths class for those who want to study mathematics further than the mandatory basic level. Additionally, you can also study several foreign languages. English, German, French, Italian, and even Mandarin Chinese are all available.
Exam papers for each subjects are mostly made up of three blocks, namely Parts A, B and C. Part A is simply a multiple choice questionnaire, and Part B contains questions for which students have to write concise answers. Part C is normally an essay.

Due to the situation with Coronavirus in Russia this year, students not wishing to go on to a higher education institution will only need to sit exams in Russian and Basic Maths. This will form an exam called the ГВЕ – Государственный выпускной экзамен, or the State School Leaver’s exam. 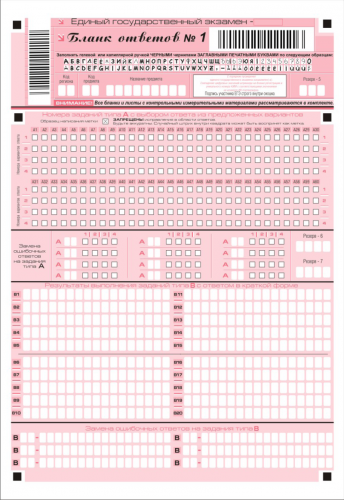 An example of a ЕГЭ exam paper. Source: Wikipedia Commons

How is it graded?

The grading system in Russia is often the subject of much confusion for non-Russians. For the ЕГЭ it is even more complicated!

Generally speaking, the grading system in Russia goes from 1-5. 5 is the best grade you can get and 1 is the worst. However, the ЕГЭ uses a different grading system for most of its subjects, as marks out of 100 are used. Each year, the grade boundaries for a Pass change slightly. There is always one minimum pass score for those who want to go to university, and another, slightly lower pass score for those who simply want to receive their school Leaving Certificate.

Slightly confusingly, the only exam in the ЕГЭ that does not use this system is the mandatory Basic Maths paper. This exam is marked using the common 1-5 Russian system!

How does the system compare with final school exams in other European countries?

In the UK, students generally take A levels as their final school exams. A levels consist of three or four entirely separate exams, and no subject is mandatory. This means that students can really choose to study whatever interests them the most (within the limits of what their school or college offers to teach). The grading system for these exams is entirely different from that of the ЕГЭ – students receive grades ranging from A* (A-star) – E, with A* being the highest you can get. There aren’t many similarities between A levels and the ЕГЭ at all!

Some European countries use the European Baccalaureate as their final school exam (not to be confused with the International Baccalaureate, which is a separate qualification). Although this uses a similar grading system to the ЕГЭ – students receive grades out of 100 – many more subjects are compulsory for the European Baccalaureate. Students are also required to speak at least two European languages to a very high level to complete this qualification, so it’s definitely one of the more difficult final school exams in the world!

It’s fair to say that overall, the ЕГЭ has many similarities with European end-of-school study programs. Students can choose the subjects that are important to them and study them in depth, and it’s the results from this exam that help them get into university.

How does the ЕГЭ compare with your home country’s examination system for school leavers? Let us know in the comments below!

Want to find out a bit more about life in a Russian school? Read our article on Back to School, or День Знаний, in Russia.