Final Address: Plaques Commemorating the Victims of Political Repression in the USSR 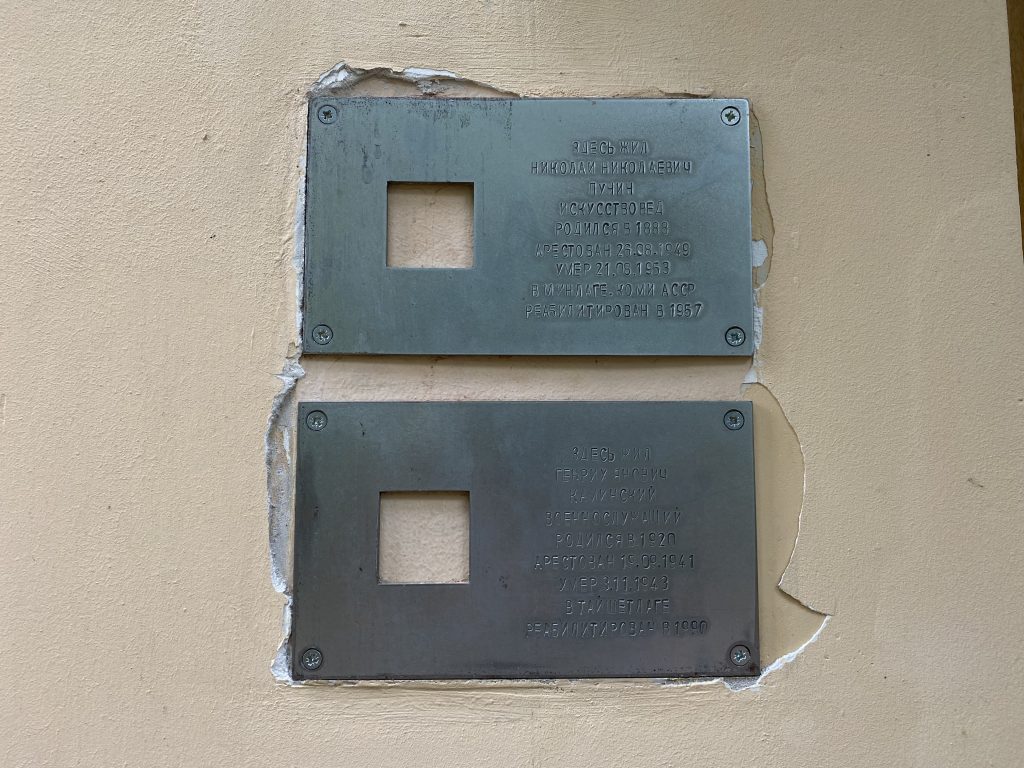 Final Address (Последний адрес) is an initiative founded by the association Memorial (Мемориал) which seeks to remember the victims of political repression during the Soviet period. This is done through placing small metal plaques outside the buildings where victims of political repression were living when they were taken by the authorities: their final address. The principle of the project is ‘One name, one life, one sign’ («Одно имя, одна жизнь, один знак»).

What is the aim of the project?

On the initiative’s website, they state that their aim is to encourage the memory of ‘ordinary’ citizens who were victims of political repression, not just that of well-known victims.

Where can the plaques be found?

Within Russia, there are over 1100 signs in 59 towns and cities. The project has spread beyond Russia’s borders, and plaques have been placed outside homes in Georgia, Moldova, Ukraine, the Czech Republic and Germany. This map on the initiative’s website shows the exact location of the plaques. Currently, it shows that 600 plaques can be found in St Petersburg, and over 1,200 in Moscow. As the plaques are each dedicated to one individual, you may find many plaques outside one building.

What is the initiative based on?

The project has been developed based on the ‘Stumbling Blocks’ movement. This project began in Germany, and has spread to many other European countries. It involves the placement of small brass plaques which show the details of victims of the holocaust on pavements and roads.

What else is involved in the project?

As part of the ‘Final Address’ initiative, the organisation Memorial has created a database which allows anyone who is interested to search for a name or an address of a victim of Soviet repression. This brings together information about almost 4.5 millions victims of political repression during Soviet period.

What information do the plaques show?

Where possible, each plaque shows the name, profession, date of birth, death of arrest, date and location of death and date of exoneration of the victim of political repression. 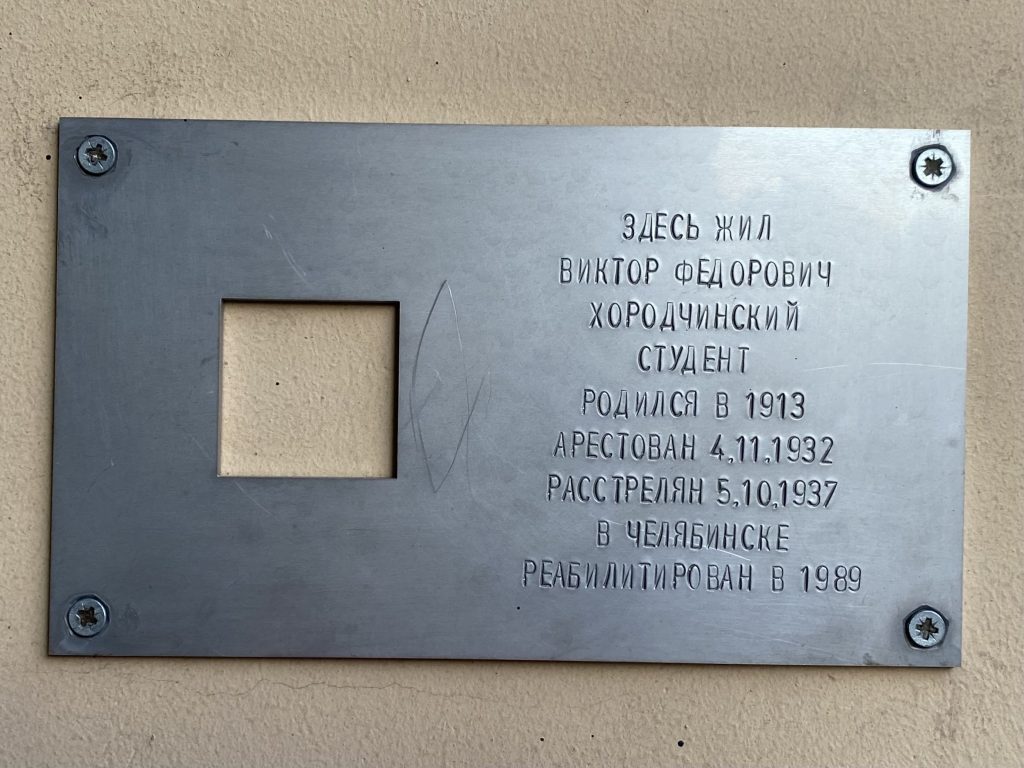 An example of a Final Address plaque

When did the project begin?

On the 10th of December 2014, which was International Human Rights Day, the first 18 plaques were placed outside 9 homes in Moscow. Since then, plaques have regularly been, and continue to be, placed. On this page, you can find details of future plaque placement ceremonies.

Once I was told about these plaques, I started to notice them all over St Petersburg. They offer a stark reminder of the suffering faced by many in the recent past, and are a valuable way of protecting the memory of those who lost their lives as a result of political repression.