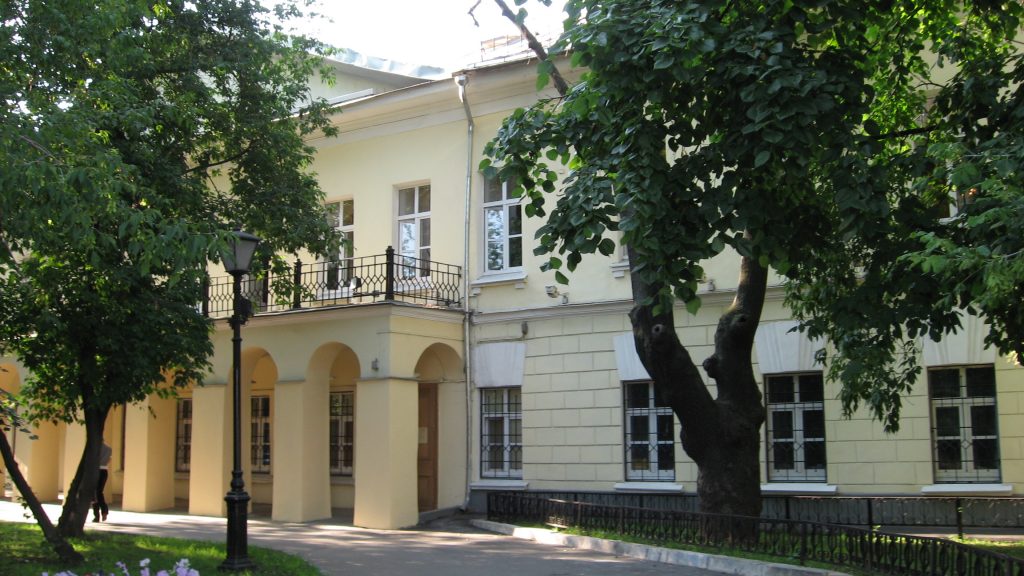 To say that Russia has a rich literary history would be an understatement. Russia has produced some of the greatest writers of all time, whose distinctive voices have transcended the ages. The 19th century is regarded as the ‘Golden Age’ of Russian literature and Nikolai Vasilievich Gogol- who rose to prominence at this time- is often credited as being the first great Russian novelist. Gogol’s greatest and most famous works include: The Nose, The Government Inspector and, of course, the iconic Dead Souls.

Gogol’s House [Дом Гоголя] – the home where he spend the last four years of life, and tragically died, is located in a small courtyard in Arbat. The old mansion combines a research library of over 250,000 volumes, memorial museum and exhibition hall- all of which are dedicated to the writer.

According to the museums website: it is ‘the only place in Moscow that keeps the memory of the last years of Nikolai Gogol alive’

The three rooms of the main museum- which includes the room in which he burnt the manuscript to the second Dead Souls- have all been constructed to look as they would have when Gogol live there. The museum also makes use of sound and light effects which add perfectly to the immersive historical experience. Outside the quiet yellow house is a huge monument, created by Nikolai Andreyev, depicting a somber and resigned Gogol- a seemingly fitting representation and tribute.

Overall, visitors are offered a unique insight into the life of the tortured writer, and the museum really succeeds in bringing back to life a true literary icon. Definitely worth a visit!

Check out the museums website for more details: http://www.domgogolya.ru/en/