Gorky Park’s 90th anniversary: how to celebrate it 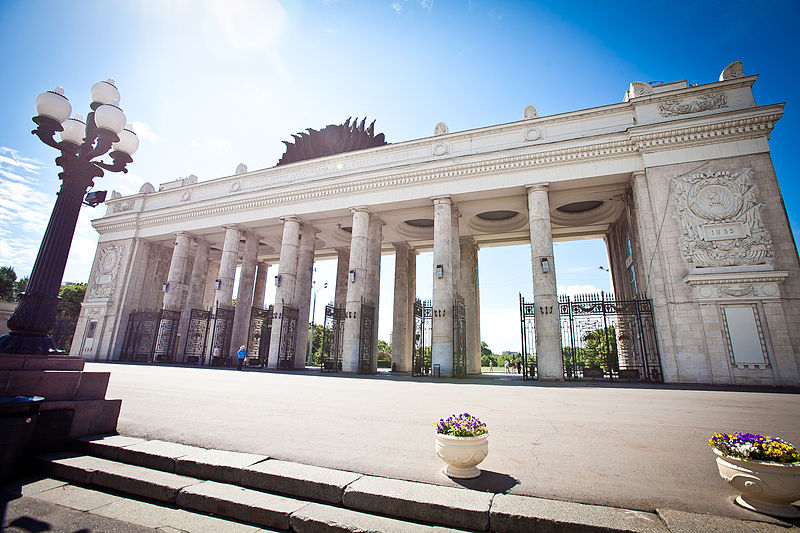 Moscow is about to celebrate the famous Gorky Park’s 90th anniversary. Read this blog post and follow me in the discovery of the park’s history and importance, that have reached Europe and the USA as well, through a book, a movie and a song. Be ready to celebrate this event with nice activities and reconnect with the past!

The biggest and oldest park in Moscow 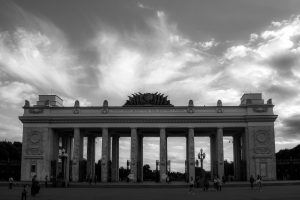 Gorky Park, most commonly known as the Park of Rest and Culture Named after M. Gorky (Парк культуры и отдыха имени М.Горького) is one of the most famous green spaces in the Russian capital. It spreads over a territory of almost 300 acres and is located in Krymsky Val Street, not far from Oktyabrskaya and Park Kultury metro stations. The first opening of the park, designed by the Avant-Garde artist Konstantin Melnikov, dates back to the 1928 (it is about to turn 90 years old!) and, after the Great Patriotic War, it was extensively renovated and completed in 1955 with the realisation of its majestic entrance. But after the collapse of the Soviet Union, the park was left to itself and lost its attractiveness. Finally in 2011, under new management, the park was renovated and became the most loved one by Muscovites and tourists. At the beginning it was not only conceived as a park, but as “a city inside a city”, in fact it had its own telegraph, police unit and even a doctor’s office. Nowadays it is the perfect place to spend your free time all year round: in summer you can relax in the beach area, go on walks, play sport and hire bikes, boats or horses, while in winter it is transformed into a huge ice rink with a lot of stands where you can have hot chocolates and mulled wine.

Over the 1980s, Gorky Park became famous in the West through different forms of mass culture. It first appeared in the American author Martin Cruz Smith’s novel Gorky Park (1981), set in the Soviet Union: here Gorky Park is the grim setting where three corpses are found at the beginning of the story, after which investigations begin. A couple of years later, the book’s success inspired the director Michael Apted to make it into a movie. The film was still set in the Soviet Union, but at that time foreign film crews were not allowed into the country, therefore it was mainly shot in Stockholm. One of the most famous quote of this park is in the German band Scorpions’s song Wind of Change, which refers to the socio-political changes of Eastern Europe after the fall of the Berlin wall. In 1989 the band visited Moscow and Gorky Park, which give them the idea to compose a song about the hope of that period. The opening lines present the city landmarks, the Moskva River and the Gorky Park, overlooking it: “I follow the Moskva down to Gorky Park listening to the wind of change”. The name Gorky Park was also chosen by a Russian hard-rock band (their Russian name is Park Gorkogo), that became famous in the USA during the Perestroika. Their songs usually refer to Russian stereotypes, like traditional clothes, balalaikas and the iconic hammer and sickle.

How to celebrate its 90th anniversary 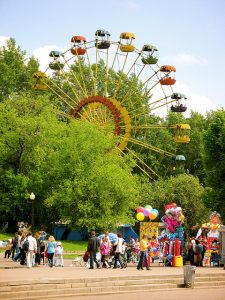 Gorky Park is one of the most frequent destinations in Moscow during summer time. On Sunday, August 12th, Muscovites, tourists, foreign students and passers-by cannot miss the great celebrations for its 90th anniversary. Besides the usual activities that the park offers, this Sunday you can choose from many initiatives, waiting for the official festival that will take place from August 25th to September 2nd with even more fun, concerts and shows. The park has collaborated with the Moscow Metro to remind passengers about the city’s largest and most famous park. For the occasion, only in Park Kultury metro station, people can buy a special version of Troika cards with a new thematic design: the card has one side in turquoise colour and the other in lavender with the “Go Gorky Park” logo, where the first two letters consists of a 9 and a 0. Be fast and get one of this limited version Troikas, there are only 10,000 of them! If you like to feel part of a community and if you are a social-network user, you can also take part in an Internet flash mob, sharing the hashtag (it must be in Russian, though) #90историяпаркагорького 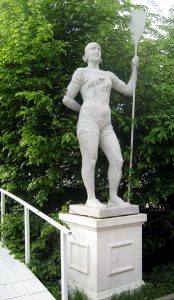 (“90 Park Gorky’s history”) and post a picture of the park. Otherwise you can just follow the hashtag and have a look at wonderful vintage photos shared by other people. Among the activities organised by the park management, on Sunday morning from 11am you can play many games, such as puzzles, riddles and races, whereas in the early afternoon, from 1pm to 3pm “The moments that made the history of Park Gorky” excursion will take place. For an afternoon dictated by culture and history, you can also visit Gorky Park Museum and admire the 3D-printed copy of the statue “The Girl with an Oar”, a Soviet cultural icon, whose original was created by Ivan Shadr in 1934 and which is now exhibited as a celebration of the park. Again dealing with history and the Soviet era, an original way to celebrate the event could be a visit to the Graveyard of Fallen Monuments, very close to Gorky Park. It consists of a collection of Soviet statues and mausoleums that are worth seeing to go back in time, especially in this day of old memories and reconnection with the past.

I'm Francesca, an Italian 23-year-old student of Russian at Liden&Denz. I am also an intern as editorial assistant for the school blog, writing about the Russian culture and living in the capital...I hope you will be interested in my articles!