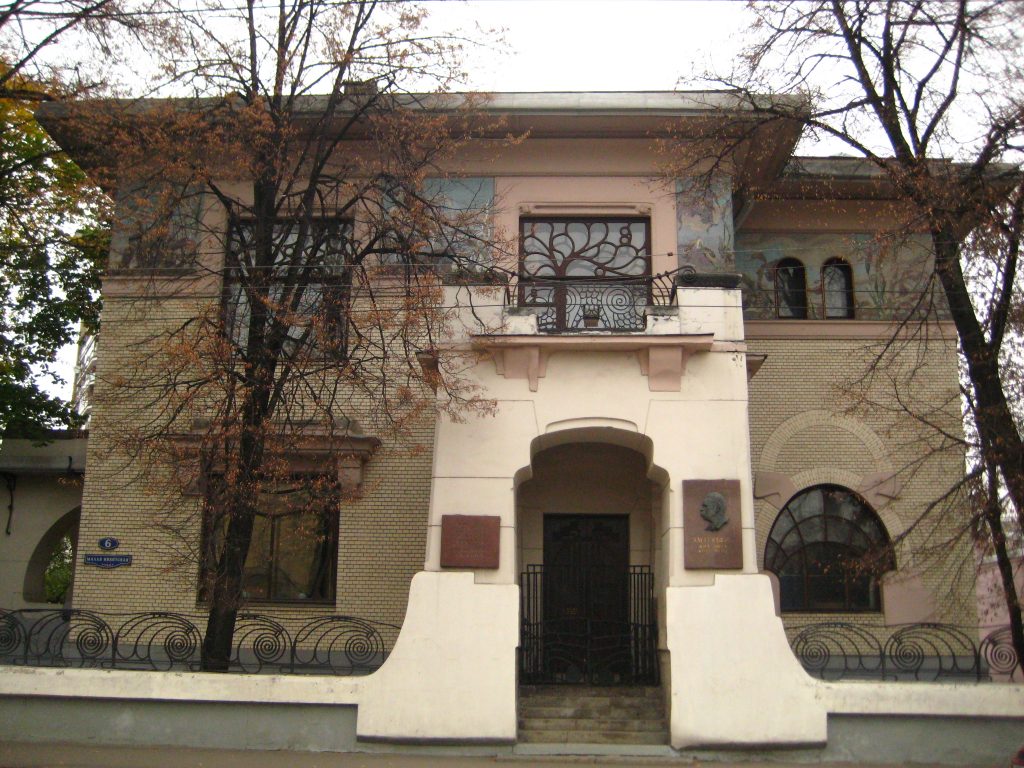 The Gorky House, in other words the Ryabushinsky Mansion [особняк Рябушинского] is an architectural masterpiece built in Art-Nouveau style, which was popular in the 1900s. The house was originally designed by Fyodor Shekhtel in 1906 for prominent businessman Stepan P. Ryabushinsky. In 1931 the house was gifted to Maxim Gorky by Stalin himself upon his final return to Russia from exile in Italy. It is here lived with his family until his death in 1936.

Gorky, whose real name was Alexei Maximovich Peshkov, was a celebrated political activist and writer. He considered one of the founders of the Socialist Realism movement in Russian literature; and the house located on Malaya Nikitskaya in Arbat, now acts as a museum of the last years of his life. His personal possessions are preserved in each room, including an array of Eastern art and his extensive library. There are guides available in several languages which explain the contents of each room and give a glimpse into the life of this man, who was so outspoken he spent most of his life in exile. 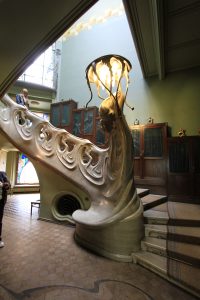 ssian history, it would be fair to say that the true star of the show- is the house. As is the case with Art-Nouveau buildings, there isn’t a real distinction between structure and ornament; the house itself is the art. Most iconic is the central staircase, which resembles flowing magma so much that you’d never guess it was made from stone. The organic movement of the structure makes it look almost alive, like a creature in the middle of metamorphosis. The jellyfish lamp at the bottom of the stairs, the lizards winding round a column at the top, as well as the other naturalist themes around the house only add to this sense of the house being alive. In the attic-a departure from the Art-Nouveau style of th 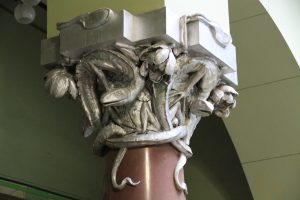 e rest of the house- is a small secret chapel, which allowed the Ryabushinsky family to practice their Old Believers faith.

Admittedly the use of this amazing space, which is so alive and dynamic, as a kind-of ‘shrine’ is a little incongruous. Nevertheless, whether you’re into historical Russian figures or 20th century architecture, Ryabushinsky Mansion is a great place to check out.