How to Make Authentic Russian Easter Desserts: Kulich and Paskha 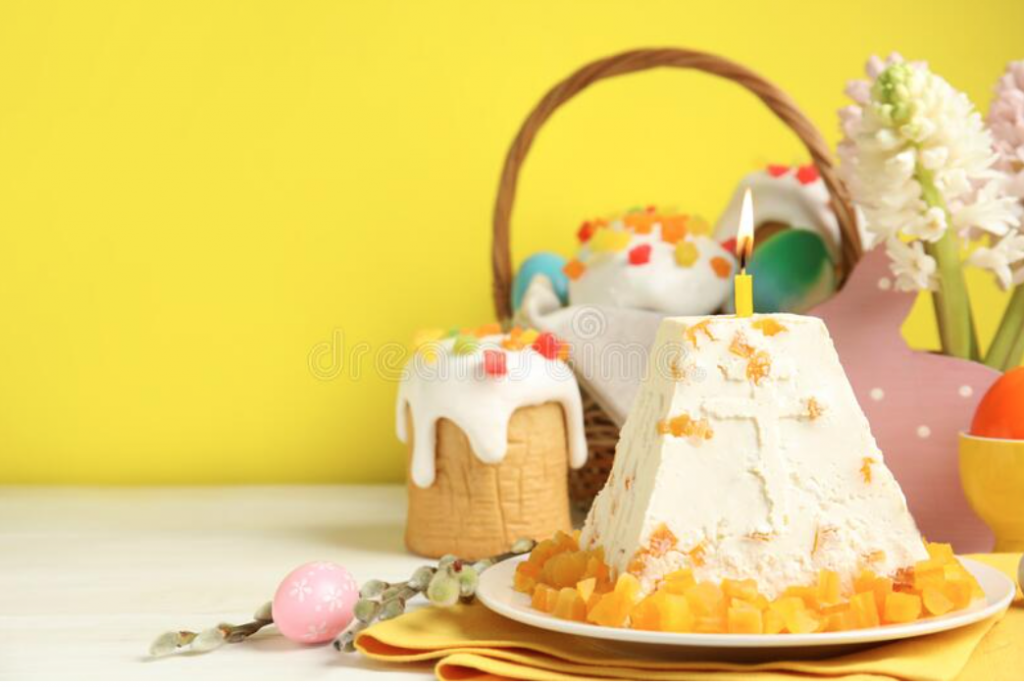 This year Russian Easter (Пасха) falls on 2 May. Пасха is the largest Russian Orthodox celebration of the year and calls for a lot of entertaining. At the heart of which, of course, lies food! Пасха wouldn’t be the same without its two most-loved desserts: kulich and paskha. So, what exactly are these sweet treats, and how can you go about making them at home?

Kulich is a traditional sweet bread, filled with dried fruits and often topped with a sugar glaze. Traditionally, kulich were also adorned with flowers. Kulich are often baked in tall tins, giving them their distinctive towering shape. Their domed top is said to represent a church dome, covered in white icing to represent snow, whilst some claim that their tall shape resembles the hats of Russian Orthodox priests.

Traditionally kulich were blessed by a priest, following the Easter service, and were then eaten before breakfast each day of the Easter period: the 40 days following Easter until Pentecost. The breads were also traditionally decorated with the initials ХВ (Xристос Воскресе– Christ is Risen). Whilst these initials do not commonly adorn kulich today, it is still customary to frost the breads in pinks and greens to symbolise the coming of spring. 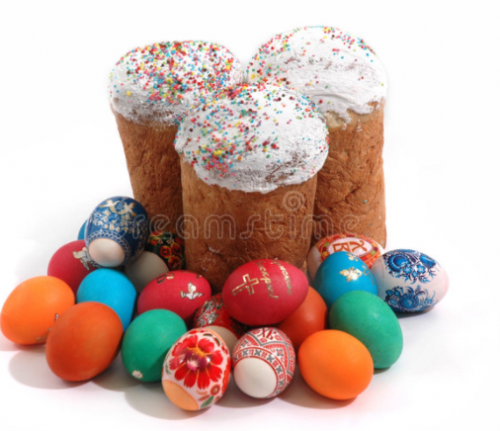 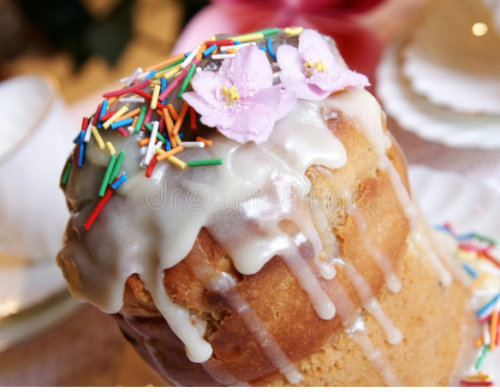 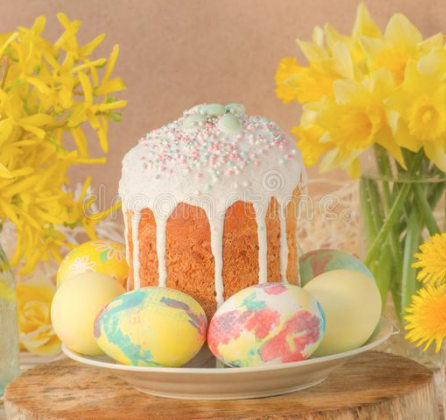 Why not have a go at following a traditional Russian kulich recipe? Here is the ingredients list, translated, to get you started!

As well as being the Russian word for Easter, paskha is a traditional pyramid-shaped dish made from curd cheese (творог). Its shape is said to symbolise the tomb of Christ and its white colour the purity of Christ.

Much like kulich, paskha is traditionally brought to Church to be blessed and, once un-moulded, has the letters ХВ pressed into the side with nuts and dried fruits. It is usually served as a spread with kulich. 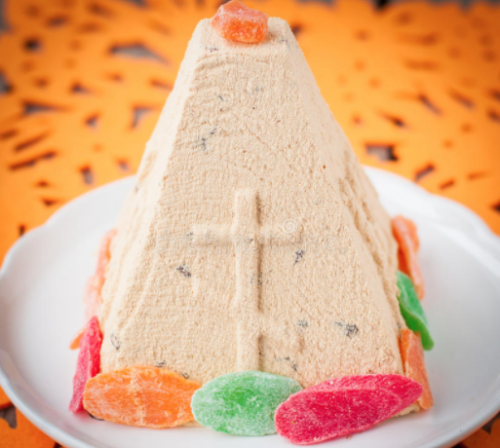 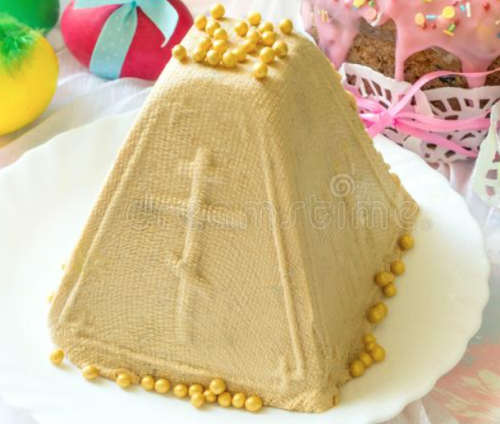 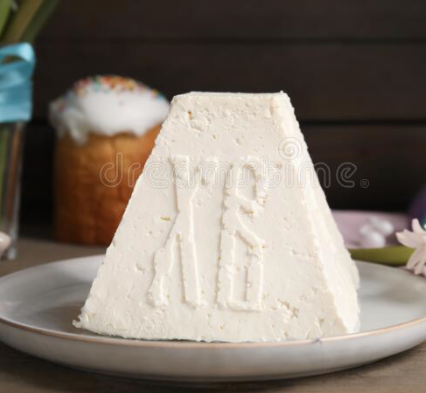 Church of Kulich and Paskha

In St. Petersburg, there is a church which is popularly named after these sweets treats: the Holy Trinity Church of “Kulich and Paskha”. The rotunda of the church resembles kulich, whilst the belfry is similar in shape to a paskha. The church was built in the 18th century as part of the estates of Prince Alexander Vyazemsk: Procurator-General and the first director of the nearby Imperial Porcelain Factory. The church’s architect, Nikolai Lvov, nicknamed the ‘Russian Leonardo,’ incorporated elements of the Pyramid of Cestius and the Temple of Vesta into his designs- creating the unique juxtaposition of shapes that we see today. 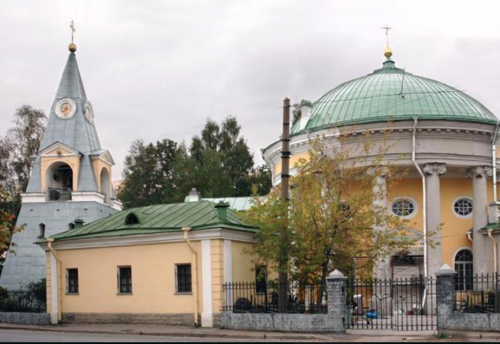