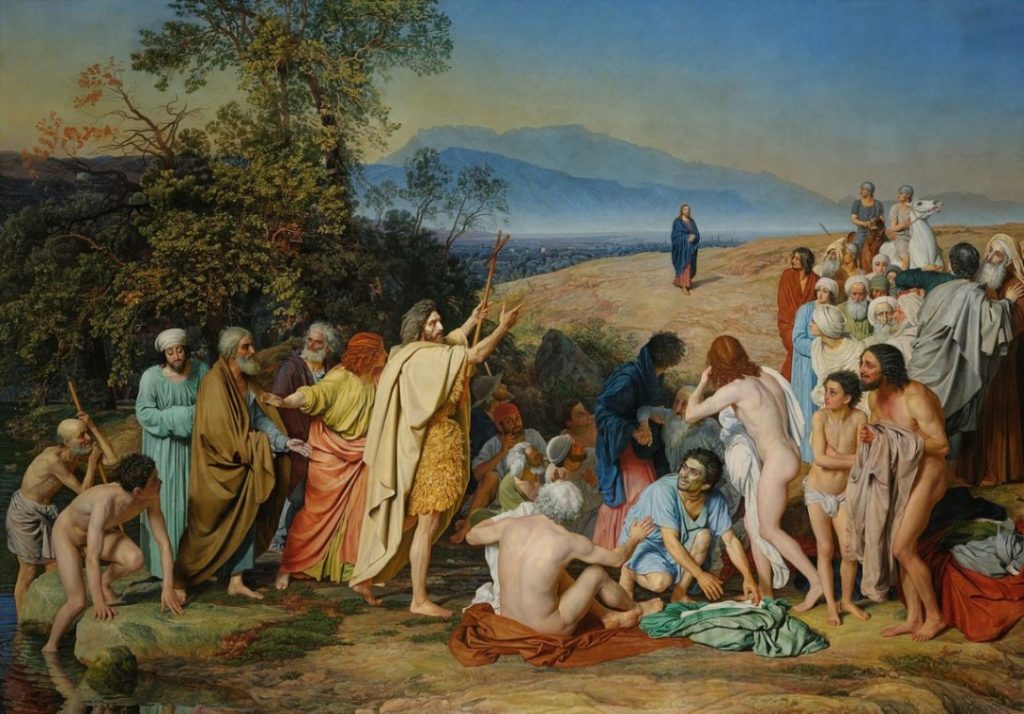 If you are interested in Russia’s history, culture, and artwork, a must visit destination has to be the Tretyakov gallery. The gallery is the third most visited art museum in the whole of Russia, after the Hermitage and the Kremlin.

An individual ticket costs 400 roubles. This gives access to 54 rooms filled with over 180,000 paintings, drawings and sculptures. The collection spans from the 11th century to more contemporary artwork, all by artists from Russia.

Before you walk in, you’ll see the striking red façade, designed to represent a Russian fairy tale. Walking through the gallery, you get a feel for the sheer range and extent of the collection. As a result, even those who are not usually interested in art, like myself, can find something to be impressed and amazed by. My favourite painting, “The Apparition of Christ to the People” by Ivanov, cannot be fully appreciated through a photo. Only when you see its size and detail can you realise the effort and talent needed for such a masterpiece.

The gallery takes its name from its founder Pavel Tretyakov. After purchasing his first two paintings, he founded the gallery in around 1856.  Tretyakov had no education in art. He simply added to his collection by choosing paintings he liked. It appears he had good instincts. Yet sometimes this caused conflicts with experts and critics when he ignored their advice. After his death, he set aside 275,000 roubles in his will to maintain and expand the gallery.

The Second World War created a new challenge for the gallery. While the Nazis conducted bombing raids over Moscow, staff looked for a way to protect the artwork from becoming another victim of the war. Consequently, they packed up and sent the artwork to a museum in Siberia. The gallery was bombed in August 1941, so it appears that their hard work likely saved much of the collection from destruction.

Привет Everyone! My name is Lawrence, I’m 21, from Newcastle-upon-Tyne in the UK, and I’m pleased to say I’m the new social media intern at Liden&Denz Moscow for the next 5 weeks. This is only my first day in Moscow, so I still have so much to see and take in! I love learning languages and spent last year living in the Middle East and studying Arabic. When I started studying at politics and economics at university last September, I couldn’t resist doing a language course alongside. Even though I could’ve probably picked an easier language, I felt Russian would be the most rewarding. I was right! Despite the frequently confusing grammar, in particular the cases, I thoroughly enjoyed it. As I’ve finished university for the summer, I decided to come here to to Liden&Denz to improve my Russian, and learn more about Russian culture. This is only my first full day in Russia, and I’m really excited to write about my thoughts, insights, and experiences of Moscow and learning Russian.